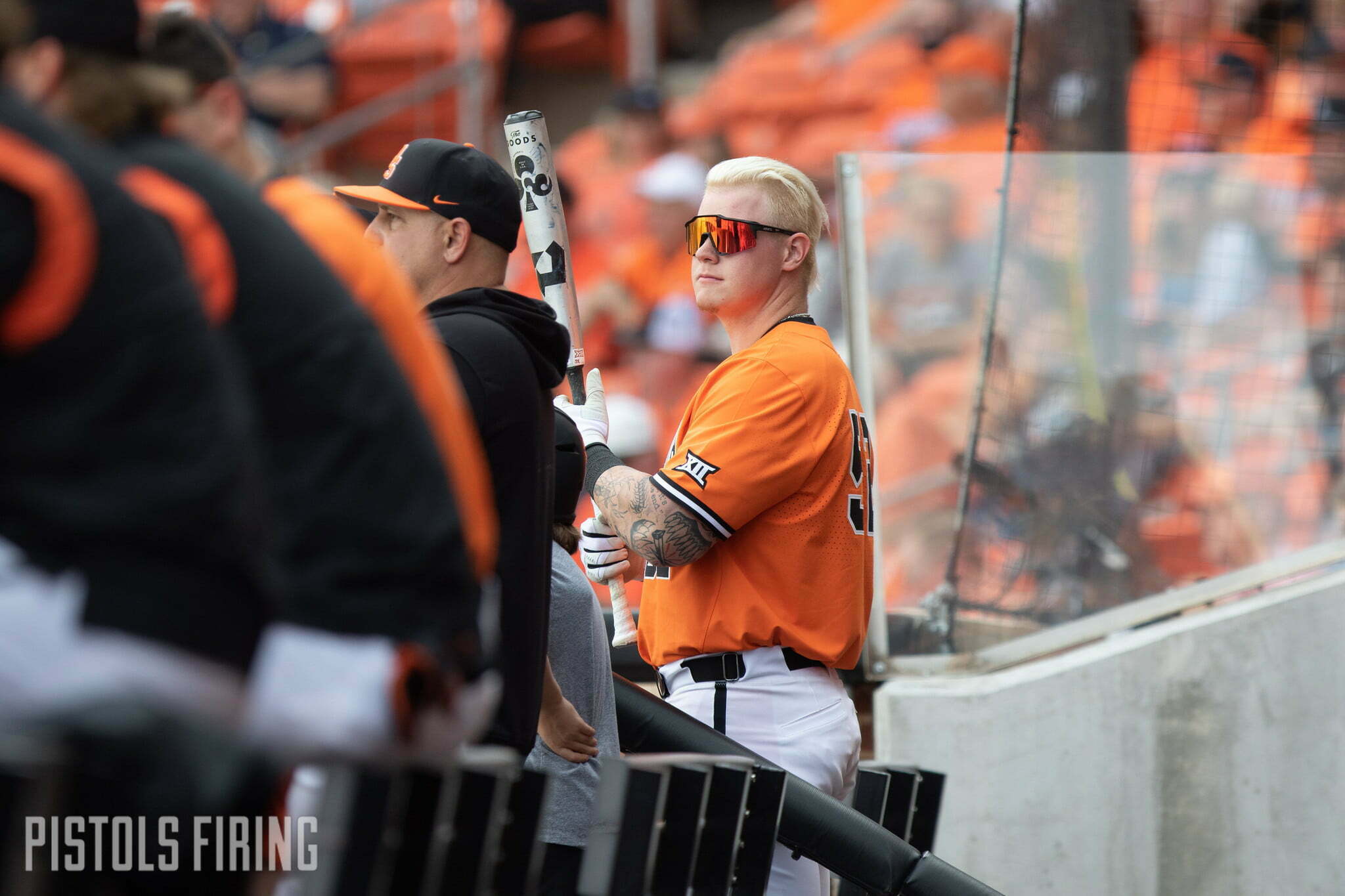 The Cowboys and Shockers played three midweek games this month, and the Pokes won them all.

Oklahoma State defeated Wichita State 12-6 on Tuesday at the new Riverfront Stadium in Wichita. The nearly four-hour game included 12 pitchers to go with the 18 runs scored.

It was another solid day for Northern Kentucky transfer Griffin Doersching. The Cowboys’ designated hitter went 2-for-5 on the day with three RBIs. The outing moved his season RBI tally to 21, which is fifth among Cowboys, but everyone else in the top five has at least 121 at-bats whereas Doersching has 71. He has a team-best slugging percentage of .620.

The Cowboys led 1-0 when Doersching got to the plate in the third inning, where he singled to left center, scoring a pair of runners. But the Shockers responded in the bottom of the frame, putting up five runs to take a 5-3 lead.

OSU regained the lead with a six-run fifth inning, a scoring spree that started when Doersching doubled to left center. After Jake Thompson scored from third on an error, Doersching scored off a Nolan McLean double. A John Bay sacrifice fly scored the fourth before Ian Daugherty hit a two-run home run to left, the Pokes only round-tripper of the night.

Bay and Daugherty have played sparingly this season, but both had solid outings Tuesday night. Starting in right field, Bay went 2-for-3 at the plate with a pair of RBIs. Starting at catcher, Daugherty went 3-for-5 with three RBIs.

Kale Davis started on the mound for the Pokes, but Rob Walton used seven guys in the nine innings. Davis ran into some struggles, but the six-man bullpen combined to give up one run off seven hits while walking two and striking out nine. Ryan Bogusz was awarded the victory after pitching one 2/3 innings where he gave up no runs off two hits while walking one and striking out two.

The Cowboys head to Austin for a three-game series against Texas this weekend. Friday’s game is set to start at 6:30 p.m. The entire series will be televised on the Longhorn Network.