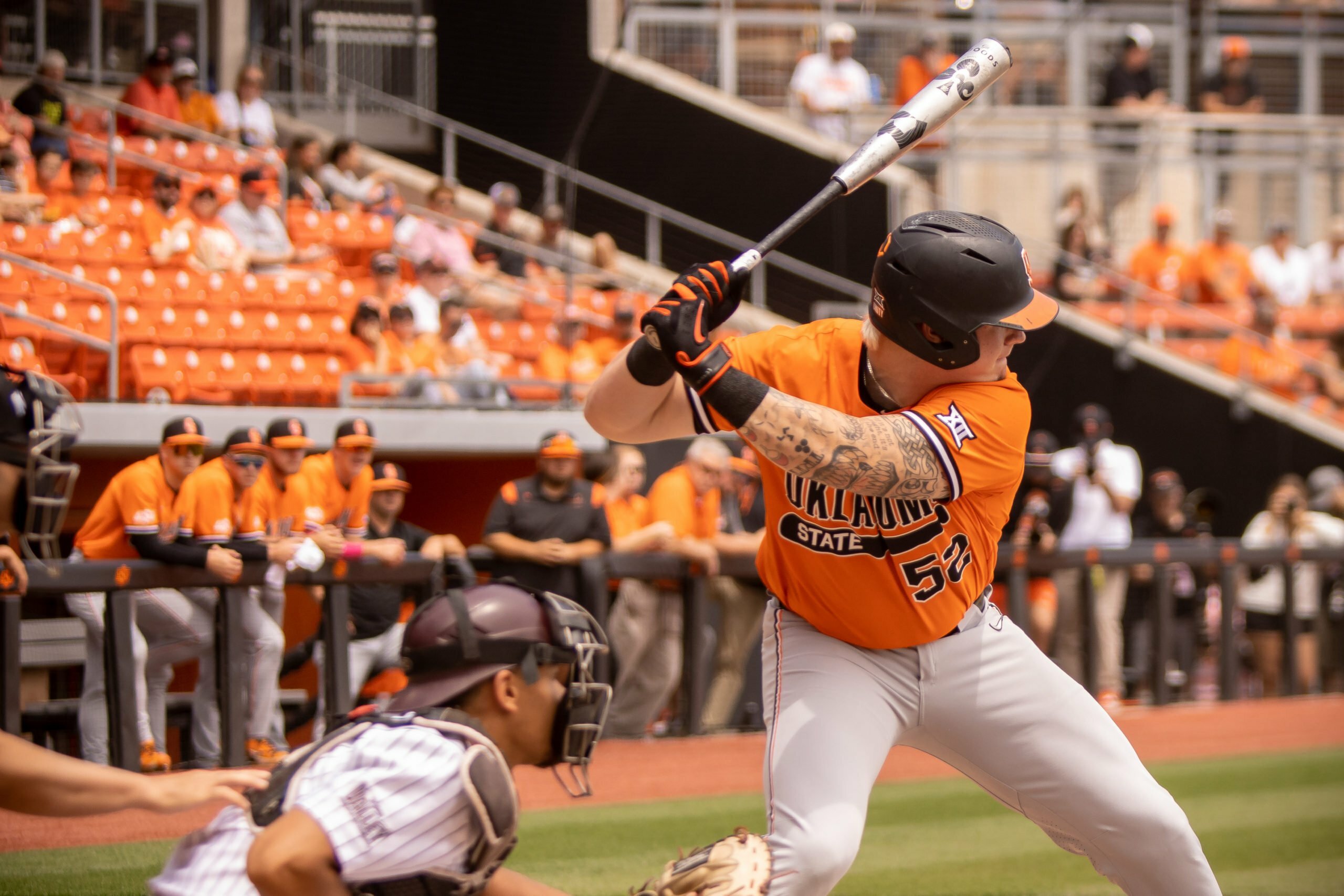 STILLWATER — Imagine being called out of the bullpen with a one-run lead, the bases loaded and staring down a 6-foot-4, 251-pound titan with a bleach blond mohawk and a tattoo sleeve. That’s what Jared Viertel had to do Sunday, and it went about as expected.

Griffin Doersching capped off Oklahoma State’s comeback in the Cowboys’ 29-15 (a baseball score) victory over Missouri State in the teams’ NCAA Regional elimination game with a sixth inning grand slam on the first pitch he saw against Viertel. The Cowboys were down a dozen runs after three innings before finding their footing on the mound and in the batter’s box. The Cowboys advance to play Arkansas at 6:16 p.m. Sunday, weather permitting. The 44 runs scored were the most in an NCAA Tournament game in history.

Trevor Martin saved the day for the Pokes, providing some sort of stability on the bump. The first three pitchers Rob Walton called up threw 2 1/3 combined innings where they gave up 12 runs off seven hits while walking four and hitting two.

Aside from giving up three solo home runs, Martin was excellent, throwing six 2/3 innings where he allowed three runs off four hits while walking one and striking out 16 (!!!). In Martin’s defense with the home runs, everyone at this Regional has given up. Thirty-two (32) balls have left the yard in the first five games.

With the Pokes scoring 29 runs, there are a lot of players who had solid days at the plate.

Doersching finished 3-for-7 with a run scored and six RBIs.

Roc Riggio, Jack Sparrow prancing aside, has raked this weekend. He was 5-for-7 against Missouri State with three runs scored and seven RBIs. On the weekend, he is 10-for-16 (.625) with three home runs and 13 RBIs. Not bad for his first postseason as a college baseball player.

Then there is Nolan McLean, who was 3-for-6 against the Bears. In his past four games, McLean has hit five home runs.

Pitching will be a circus act for Walton and company against Arkansas. Mitchell Stone will likely start. What happens behind him is anyone’s guess.