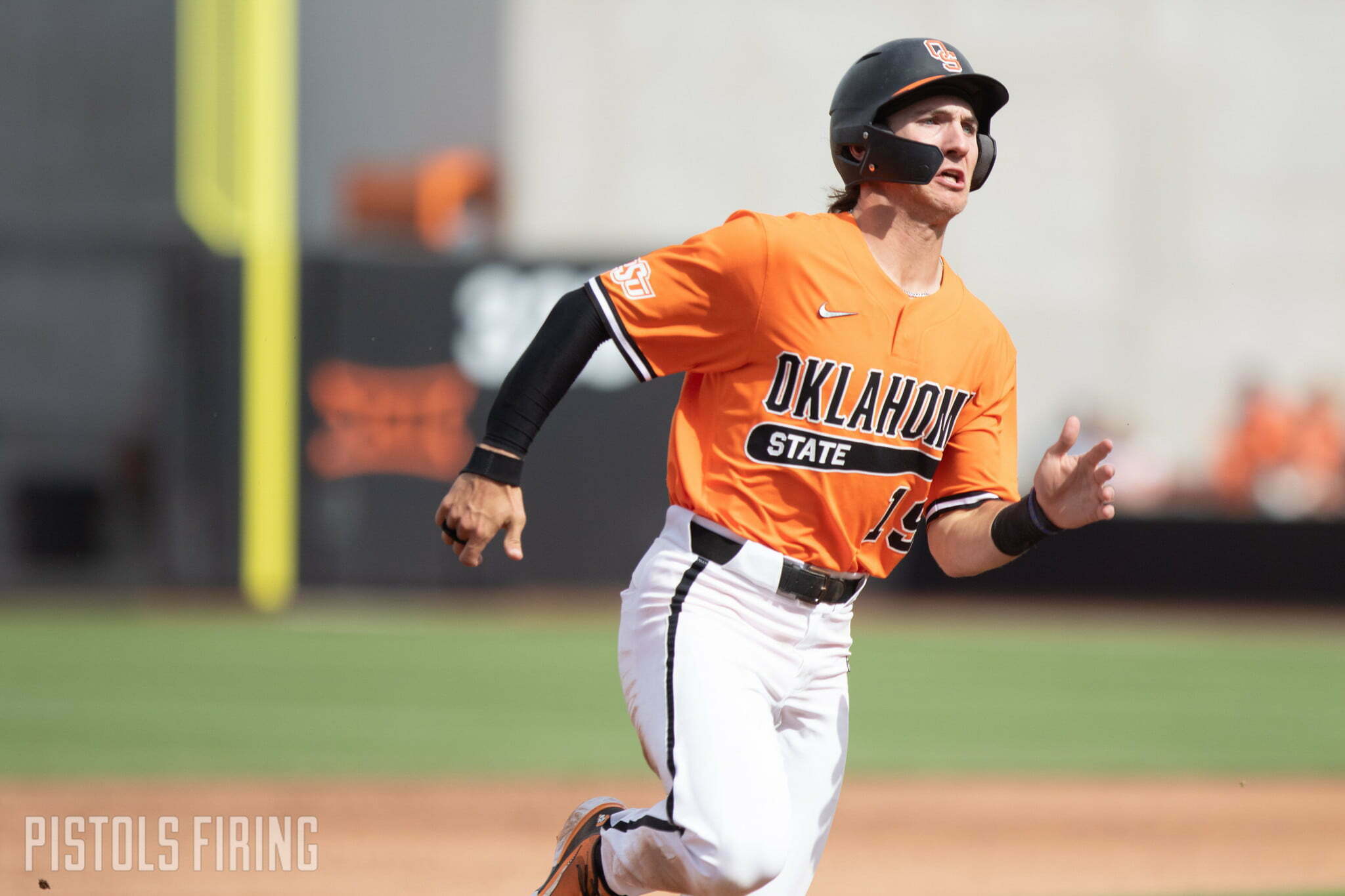 Oklahoma State baseball stumbled out of the gate Wednesday in its Big 12 Tournament opener, falling 4-0 to No. 5 seed Texas at Globe Life Field in Arlington, Texas.

The Cowboys’ defense was stuffy early in the game, allowing no runs through five innings in what initially appeared to be a defensive struggle. But the Longhorns got the bats rolling in the sixth following a sac bunt and throwing error that scored one. A solo homer in the seventh lifted Texas’ lead to 2-0. OSU turned to Hueston Morrill in the seventh, who eventually allowed the lead to balloon to 4-0 before the final out.

Starting pitcher Victor Mederos for OSU had a strong start to the game — he allowed only two runs, seven hits and recorded five strikeouts — but Texas ace Pete Hansen unfortunately turned into Mariano Rivera in Arlington. Hansen had a no-hitter going against the Pokes through nearly five innings. He retired through 7.2 innings pitched allowing no runs on three hits and striking 12 Cowboys batters out at the plate.

OSU swept Texas in its regular-season series that took place in Austin less than a month ago scoring a combined 32 runs in three games but was unable to provide any run support this time. It marked the first time since its season-opener vs. Vanderbilt it did not score a single run.

The Cowboys aren’t done in Arlington despite the loss, but it does make their road much tougher. They’ll play again Thursday morning vs. the loser of either TCU or Baylor and will now have to fight through the loser’s bracket to come away as the tournament champion.