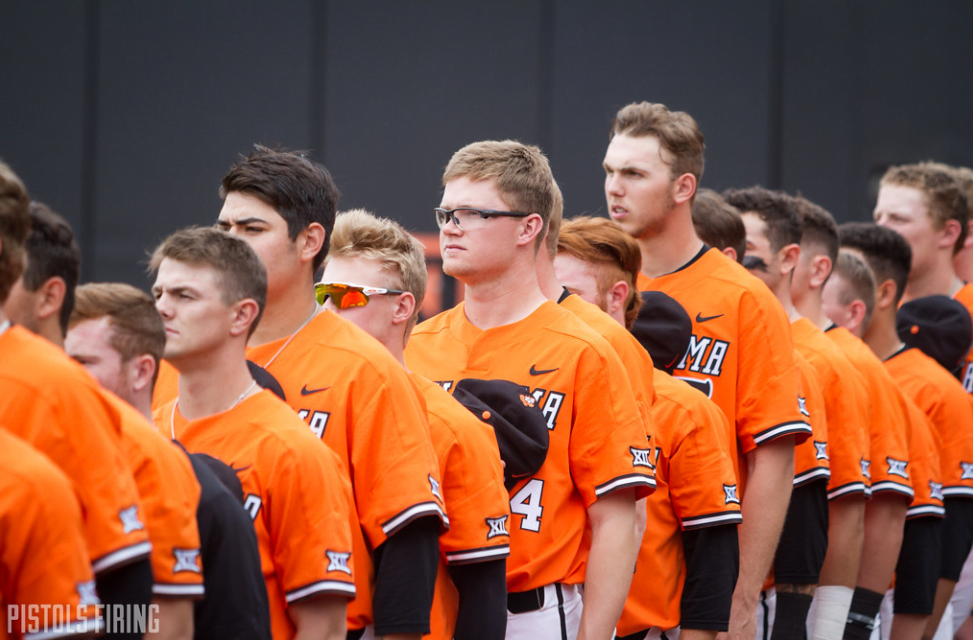 In a battle of orange and black OSUs, the Cowboys traveled to the defending national champs‘ place and snagged a series-opening victory.

Oklahoma State defeated Oregon State 1-0 on Friday night in Corvallis. It was another dominant day on the mound for the No. 21 Cowboys’ ace Jensen Elliott. Elliott, a junior, threw seven innings and allowed only two hits while walking two and striking out four.

The Cowboys left seven runners on base Friday, but a breakthrough came in the seventh inning. The inning started with Andrew Navigato doubling over the outstretched glove of Oregon State right fielder Tyler Malone. After a Carson McCusker strikeout, Trevor Boone flied out to center, but Navigato was able to advance to third on the play.

With two outs and a man on third, OSU first baseman Alix Garcia sliced a ball down the right-field line that scored Navigato, the only run of the game.

Peyton Battenfield came to the mound in the eighth and was perfect. Battenfield struck out three of the six batters he faced and didn’t allow a base runner.

The No. 2 Beavers left Game 1 having gotten only two hits and drawing two walks. Tor the most part, the Cowboys left the bags clean. Only one Beaver runner safely made it to second base.

The teams will run it back again Saturday, with first pitch scheduled for 8:05 p.m. on the Pac-12 Network.