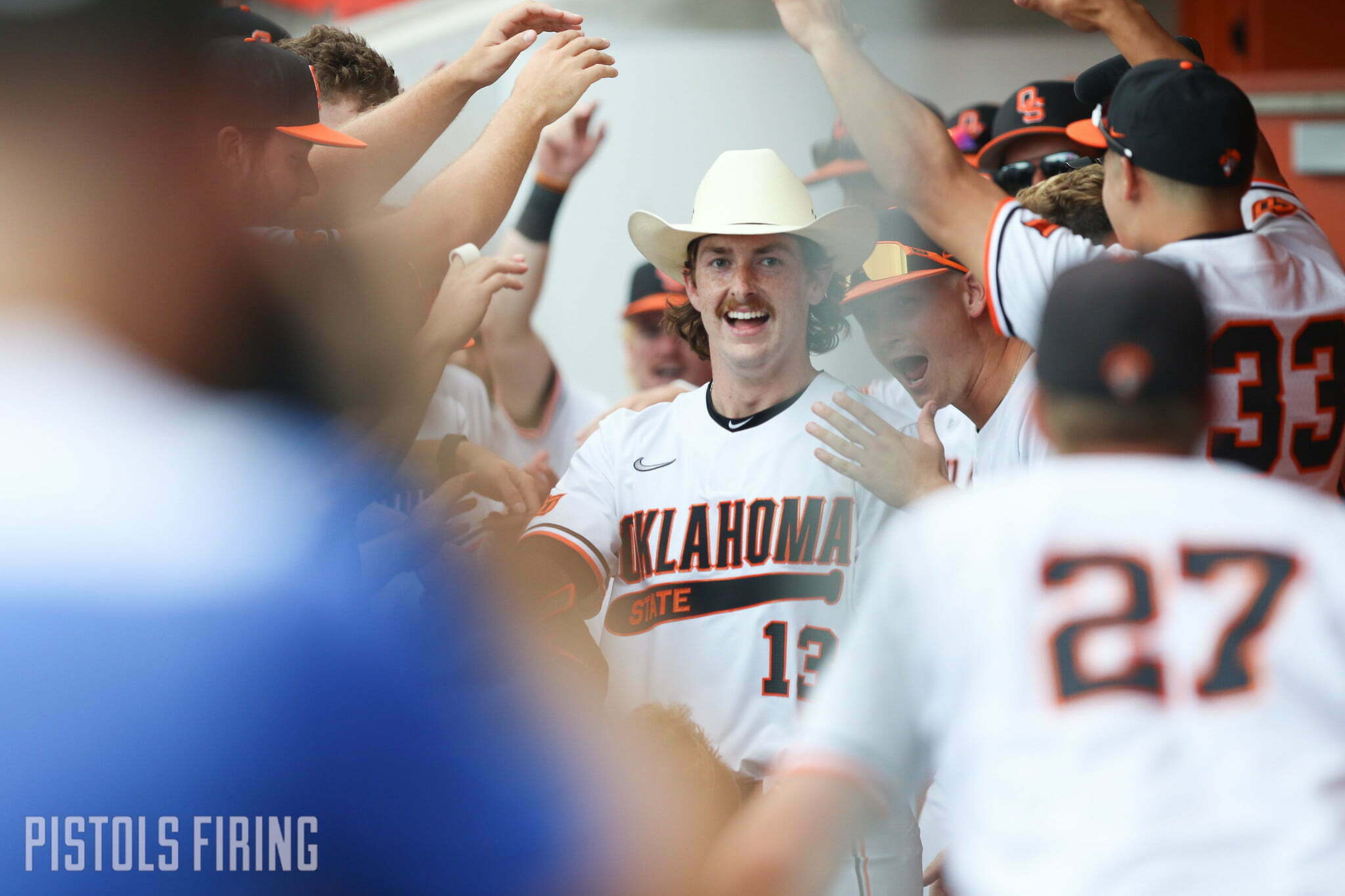 STILLWATER — Earlier this week, Missouri State baseball players were checking beds for bedbugs. When they go back to their hotel Friday night, they might check under their beds for Nolan McLean.

McLean was monstrous in Oklahoma State’s 10-5 victory against the Bears in the opening round of Stillwater’s NCAA Regional at O’Brate Stadium. The sophomore third baseman hit two home runs in his first two at-bats, finishing the day 2-for-4 with the two runs scored and the two RBIs.

“I wholeheartedly mean this: I expect Nolan to hit a home run every time he gets up to the plate,” fellow baseball-crusher Griffin Doersching said. “I’m being serious — that’s what I expect. When Nolan gets ahold of one, it’s going to be hard for it to stay in the ballpark.”

It’s been an interesting week for Missouri State. Earlier in the week, players took to social media to point out some less-than-ideal hotel accommodations for the weekend. The hotel has reportedly claimed that those weren’t the players’ rooms. But anyway, back to baseball.

McLean’s first round-tripper of the night came in the second when he put a 1-1 pitch into the corrals in right field.

He came back up in the fourth inning. This time he took a 2-2 pitch out of the stadium and into the parking lot beyond the left-field wall.

“It felt good,” McLean said. “I got fooled a little bit on that, so I kinda caught it out front, but it’s one of those things, when it hits the sweet spot, it’s like you’re swinging a light bat and you don’t really feel it.”

McLean has a team-best 16 home runs on the season after entering the day tied with Jake Thompson at 14.

That fourth-inning bomb was responsible for one of four runs the Pokes put up in that inning. Marcus Brown hit a single and moved to second on a groundout after McLean’s nuke. Ian Daugherty, a freshman from Kingfisher, doubled down the left-field line to bring Brown home. Then Caeden Trenkle singled to score Daugherty, stole second and advanced to third on a ground out, setting up a Thompson RBI single.

Between McLean’s two home runs, Roc Riggio, rocking a new bleach-blond hairdo, also got in on the solo shot parade. The ball he hit probably touched the mesosphere before crash landing in the Missouri State dugout. As if the bleached hair made him some sort of ball magnet, Riggio also got a lot of work at second base. He had four putouts and a season-high seven assists. One of those putouts was a diving catch in the ninth.

“He’s literally one of the best defensive players I’ve ever met in my entire life,” Doersching said. “He’s obsessed with continuing to get better.”

The Pokes’ 6-0 lead nearly disappeared in the sixth when Missouri State put together a two-out rally that included two two-run home runs to make it 6-4. That marked the end of Victor Mederos’ day. The Miami transfer threw six innings, allowing four runs off six hits while walking two and striking out six.

The Pokes answered all four of the Bears’ runs in the bottom of the frame, however. Thompson started the scoring with a bases-loaded single to right that scored Daugherty. Trenkle also scored on the play after a throwing error. With runners on first and second, Griffin Doersching doubled down the left-field line to bring home Riggio and Thompson.

Rob Walton used Roman Phansalkar and Kale Davis out of his bullpen, who both also bleached their hair. Phansalkar threw three innings the seventh, where he gave up a run on three hits. OSU coach Josh Holliday said Phansalkar was throwing too fast. One of his pitches recorded at 101 mph on the in-stadium gun.

“Roman’s usually a little better when he’s not quite as strong,” Holliday said. “… He needs to be about 96 [mph] for him to be at his best because when it’s 96, it sinks more. He’ll be more under control with more sink tomorrow if we need him.”

Davis threw the eighth and ninth, not allowing a run on one hit while striking out two.

That means OSU ace Justin Campbell will get the ball Saturday against Arkansas. First pitch is scheduled for 6 p.m.