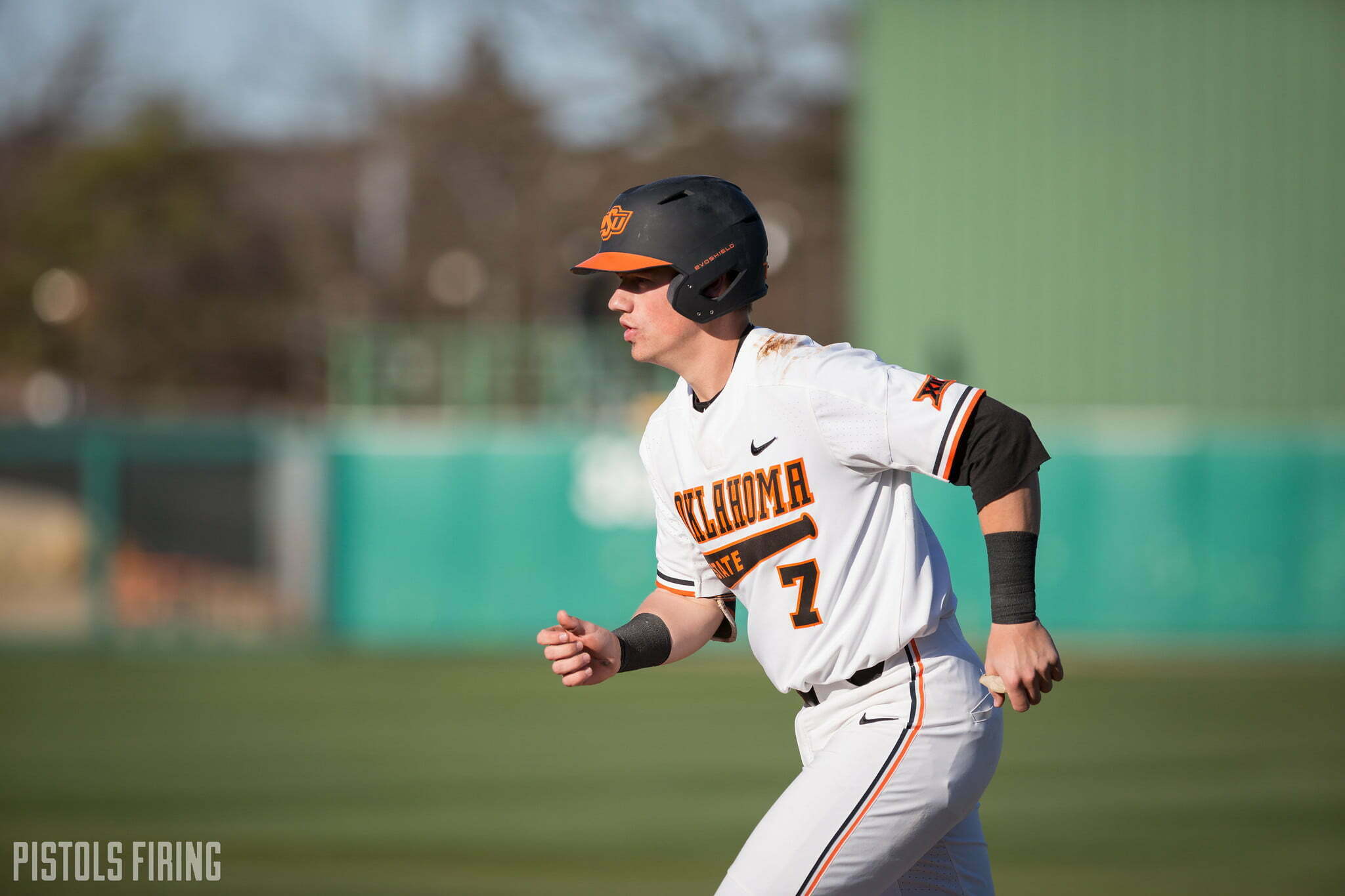 It might not feel like it based on Oklahoma’s weather, but the Cowboy baseball team is just 10 days away from starting its 2021 season.

Oklahoma State coach Josh Holliday and seniors Cade Cabbiness and Max Hewitt met with reporters via Zoom on Tuesday to talk about the upcoming season. Here are some things that group hit on.

After what seems like forever, the Cowboys will finally be able to open O’Brate Stadium this year, but the $60-million stadium is already helping the Cowboys.

With Oklahoma experiencing a frigid week, the Cowboys have been able to take advantage of all of the indoor amenities. All the extra space also helps the Cowboys practice social distancing in hopes to avoid COVID-related shutdowns.

“We’ve really benefited from O’Brate Stadium because of our ability to put the kids in groups and keep the practices moving for spacing and safety purposes, for accomplishing our goals in a short amount of time,” Holliday said. “We’ve had to be mindful of what our team needs, but also not lose sight of the importance of working in groups, rotating through the facility and avoiding a situation where a large group of kids get enclosed at one time.”

Senior outfielder Cade Cabbiness said one of his favorite amenities with the new stadium is the new batting cages. He said the new batting cage is a lot better than “the old hot box” outside of Allie P. Reynolds Stadium because of all the extra space.

Cabbiness said despite this week’s cold weather, the team is able to go into the new batting catches and still get live at-bats because of all of the room.

O’Brate has had a few different opening dates, but the latest is when the Cowboys host Little Rock on Feb. 23.

“It’s just a lot more efficient,” Cabbiness said. “That’s the biggest thing I’ve noticed. We have so much more space. We’re not trying to cram things in everywhere. We can get people working all over the place, and we have room to do it now. It’s a lot more efficient.”

A Few Transfers to Watch

With the NCAA granting an eligibility waiver to players after last season was cut short, the Cowboys aren’t losing too much heading into 2021, but there are a few new faces that will make an impact for Holliday and Co.

Kaden Polcovich was the only real starter the Cowboys lost from last season after he signed with Seattle after the MLB Draft.

It sounds like Christian Encarnacion-Strand will slot in at third base. He enters OSU as a sophomore out of Yavapai College in Arizona. While there, he hit .410 with 33 home runs, 31 doubles and 103 RBIs in 81 career games.

Matt Golda, a transfer from Kentucky, will get some run at second base. In a shortened 2020 season, Golda had a .404 on-base percentage while hitting .318.

Then on the mound look out for Justin Wrobleski, a left-handed pitcher who spent time at Clemson and State College of Florida. At the junior college level last season, Wrobleski had a 2.89 ERA with 27 strikeouts in 18 2/3 innings.

Nolan McLean spent his fall playing football as a depth quarterback on Mike Gundy’s team, but before too long he will make his money playing baseball.

McLean can do a lot of things for Holliday’s squad this season, whether that be playing third base, shortstop, DH or pitching.

In a normal year, McLean might be the type of guy to skip college baseball and jump straight to the pro game, but with the MLB Draft being shortened, Holliday and the Cowboys get him for at least a season.

“Obviously, he’s an incredibly talented, young player — toolsy guy,” Hewitt said. “His power is off the charts, and he throws hard. That’s an unreal arm talent and athlete.

“But one of my favorite things about Nolan is, that’s a guy that’s just got his head on straight, especially for how young he is. He’s really mature.”