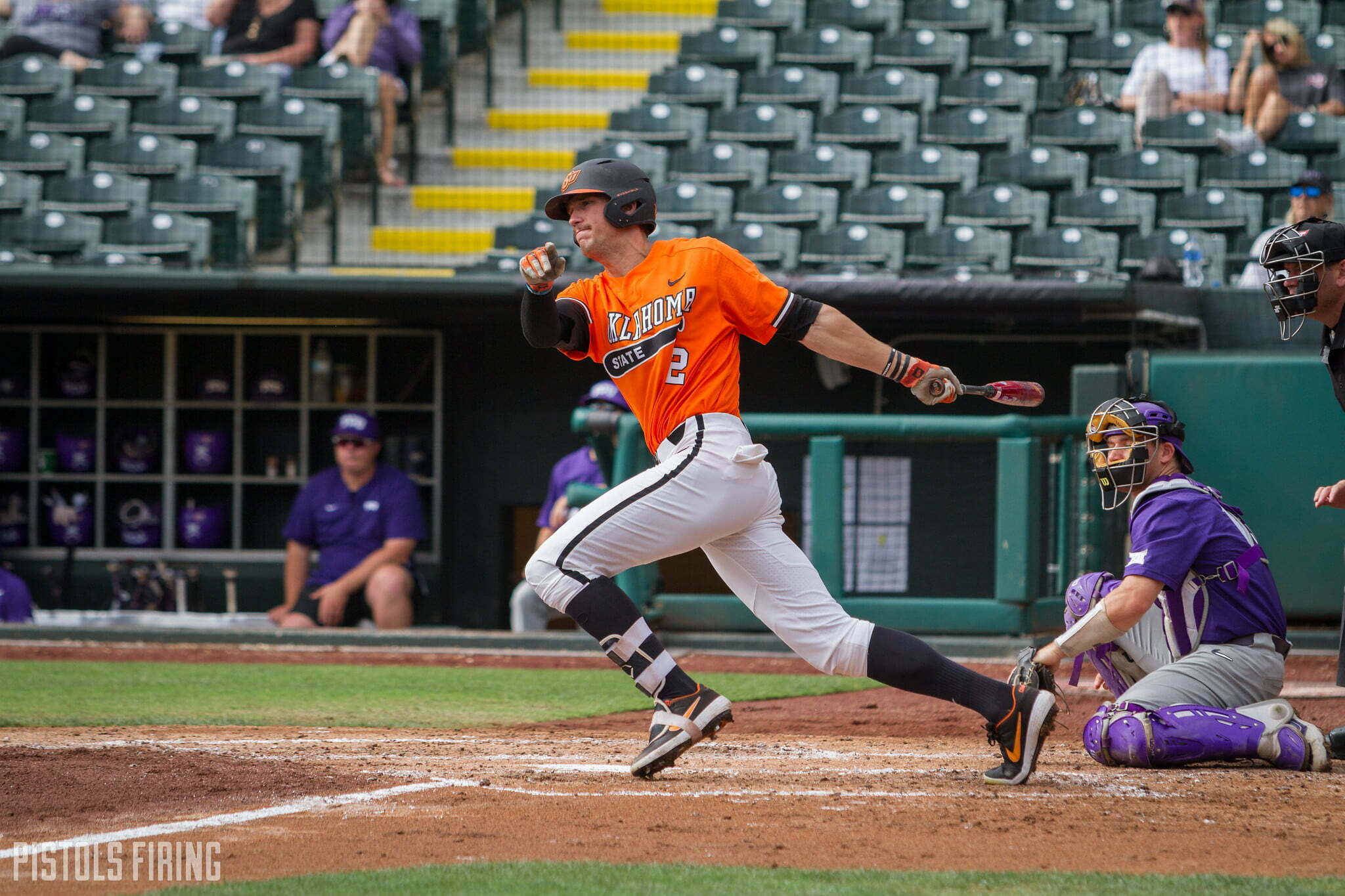 The Cowboys weren’t one of the four teams to garner a first-place vote in the Big 12’s preseason coaches poll but still finished second in it.

After a third-place league finish in the regular season last year, Oklahoma State was pegged to finish second this year in the conference poll, trailing Texas Tech, which had six first-place votes. TCU, Texas and West Virginia also received first-place votes but finished below OSU in the preseason predictions.

Carson McCusker made the All-Big 12 team after picking up an honorable mention from the conference at the end of last season. A towering 6-foot-8, 235-pound outfielder, McCusker’s .311 batting average led the Pokes last season. He had six home runs and 40 RBIs in the 52 games he played in as a junior.

The Cowboys’ 2019 recruiting class ranked as high as No. 3 nationally, and two players from it were represented with preseason honors.

Kaden Polcovich was tabbed as the Big 12’s Preseason Newcomer of the year, and Bryce Osmond was named the Preseason Freshman of the Year.

Starting with Polcovich, he comes to OSU from Northwest Florida State. He’s an Edmond native, where he went to Deer Creek High School. A switch-hitting infielder, Polcovich hit .273 with 12 home runs and 38 RBIs as a sophomore at the junior college level last season.

Josh Holliday mentioned him as a possibility to start at second or third.

“He’s just one of those kids that, if he’s on base he’s looking to steal, if he’s at home plate he’s looking to drive the ball, if he’s on defense he’s diving and making a play,” Holliday said. “Just has kinda that presence. You know he’s on the field. When you go watch a nine-inning ballgame and a guy shows up on all three sides whether it’s defense, base running or offense, covered in dirt head to toe, you know he was there. He kinda has that effect on a game when you see him play.”

A freshman out of Jenks, Osmond was a high school All-American, where he pitched and played shortstop. MLB Pipeline listed Osmond as the No. 53 prospect for the 2019 MLB Draft. The Washington Nationals took him in the 35th round.