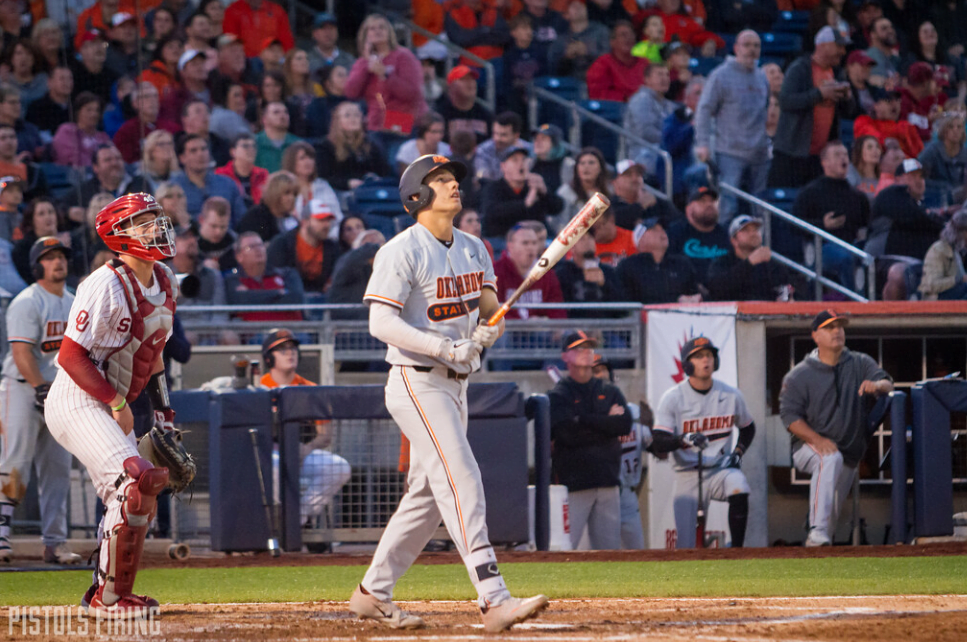 In Allie P. Reynolds Stadium’s first season, it was the home to a conference champion, and Allie P. has the chance to go out with another.

The Big 12 is down to a three-team race this season: Baylor, Texas Tech and OSU. The Bears lead the conference at 14-6, Tech is 14-7 and OSU is 12-9. The race is a bit awkward, as Baylor will finish the season having played one fewer game because its series finale against Texas was canceled due to weather.

Here are the scenarios of the Cowboys finishing Sunday as champions:

Although that first clause isn’t the easiest thing to do, the second seems less likely. TCU has won it’s past two conference series, but the Horned Frogs haven’t swept a Big 12 foe this season. Tech is also on a tear, having won its past eight Big 12 games, and the Red Raiders are 23-5 at home this year.

If OSU sweeps Baylor and TCU takes two of three of Texas Tech, OSU and Tech will share the Big 12 crown despite Tech having swept OSU this season.

Although it’s more likely TCU can take two games instead of three off Tech, it still doesn’t seem the most likely, with TCU being 10-11 in conference play this season. The last time TCU won a series against Tech was in 2015. That series was also in Lubbock.

The motivation for OSU, Baylor and Texas Tech is clear, but TCU also has something to play for.

So, TCU isn’t fighting for a conference title, but the Horned Frogs are fighting to extend their season past the Big 12 Tournament in Oklahoma City.