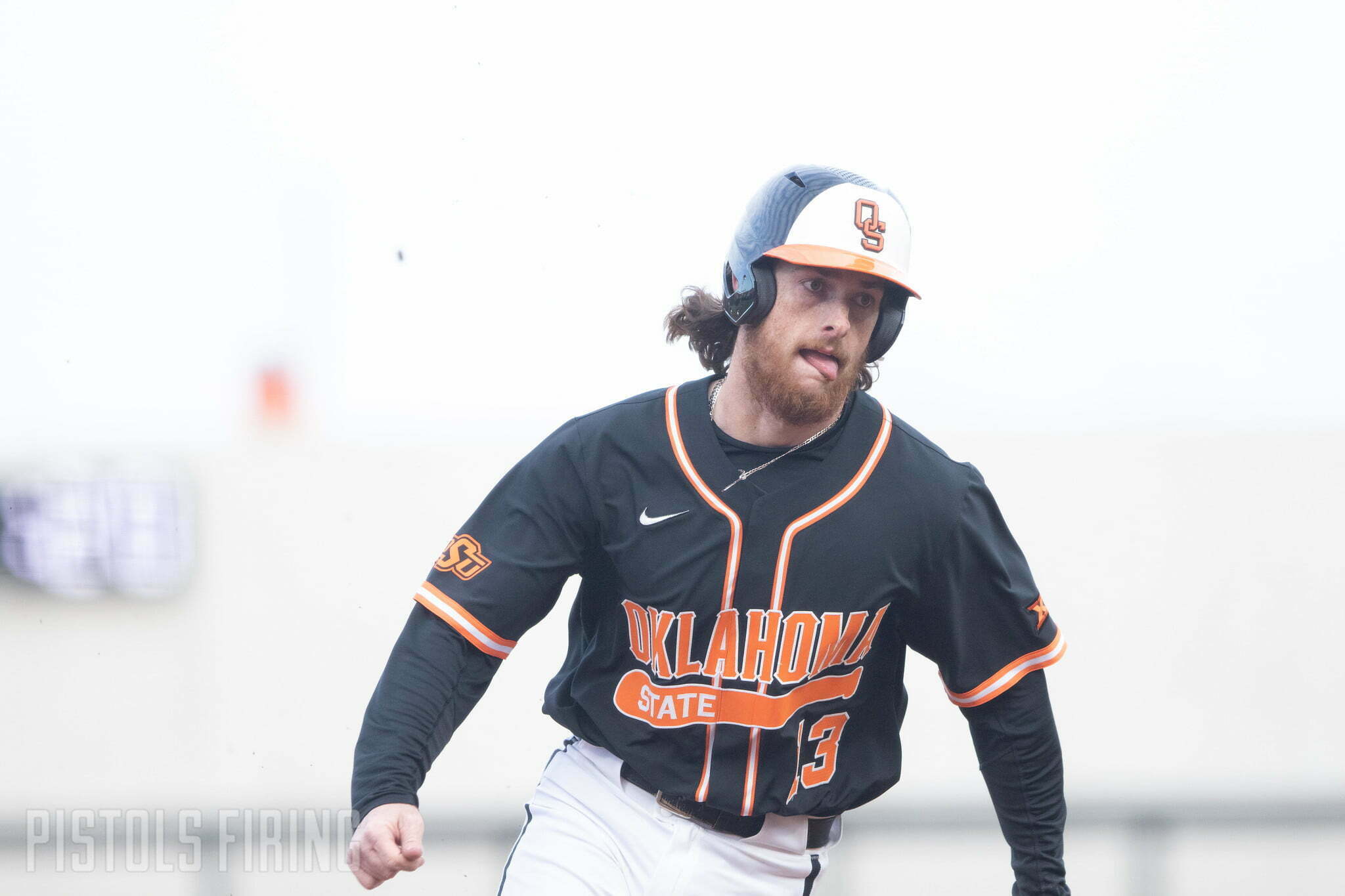 Oklahoma State got blanked by Texas 4-zip on Wednesday, a decision that relegated the Cowboys to the loser’s bracket and thinned their chances to return to the Big 12 Championship Game.

But since then, the Pokes have strung together two-straight wins and will face the Longhorns for a shot to get back to that title match.

The fourth-seeded Cowboys topped the top-seeded Horned Frogs 8-4 on Friday to move to the conference semifinals. OSU will face No. 5 Texas on Saturday for a chance to face the winner of Oklahoma and either Texas Tech or Kansas State.

But what you need to know about Friday’s must-win matchup is that Roman Phansalkar saved the day.

The Cowboy reliever tied a career-high with six strikeouts in five innings, and he came in earlier than expected. Josh Holliday would have liked to have used starter Mitchell Stone longer than two innings, but it just wasn’t his day.

Though Stone was coming off probably his best game of the season — a 9-5 win over Baylor in the regular season finale — he lasted just two innings, allowing three runs and striking out just one batter.

Phansalkar spelled Stone with a W. He moved to 6-2 on the year.

Griffen Doersching nailed his second home run in as many days with a 450-foot, two-run monster over center field in the top of the third top put the Pokes on the board.

After OSU fell behind 3-0 over the first two innings, Big G did what he does best.

The Cowboys scored two more runs in the third, thanks to a Caeden Trenkle hit-by-pitch and Adkison pushing on a fielder’s choice that scored Nolan McLean.

The Frogs answered with a one-run third inning to tie it up, but the Cowboys took control with another four-running period in the fifth.

Trenkle’s two-RBI single put the Cowboys up 6-4 and then Zach Ehrhard polished it off with his own two-run hit down the right field line.

With the win, the Cowboys stay alive and will square off against Texas again on Saturday morning at 9 a.m. for a chance at the Big 12 title game. OSU will have to defeat Texas twice on Saturday to make the Championship game on Sunday.