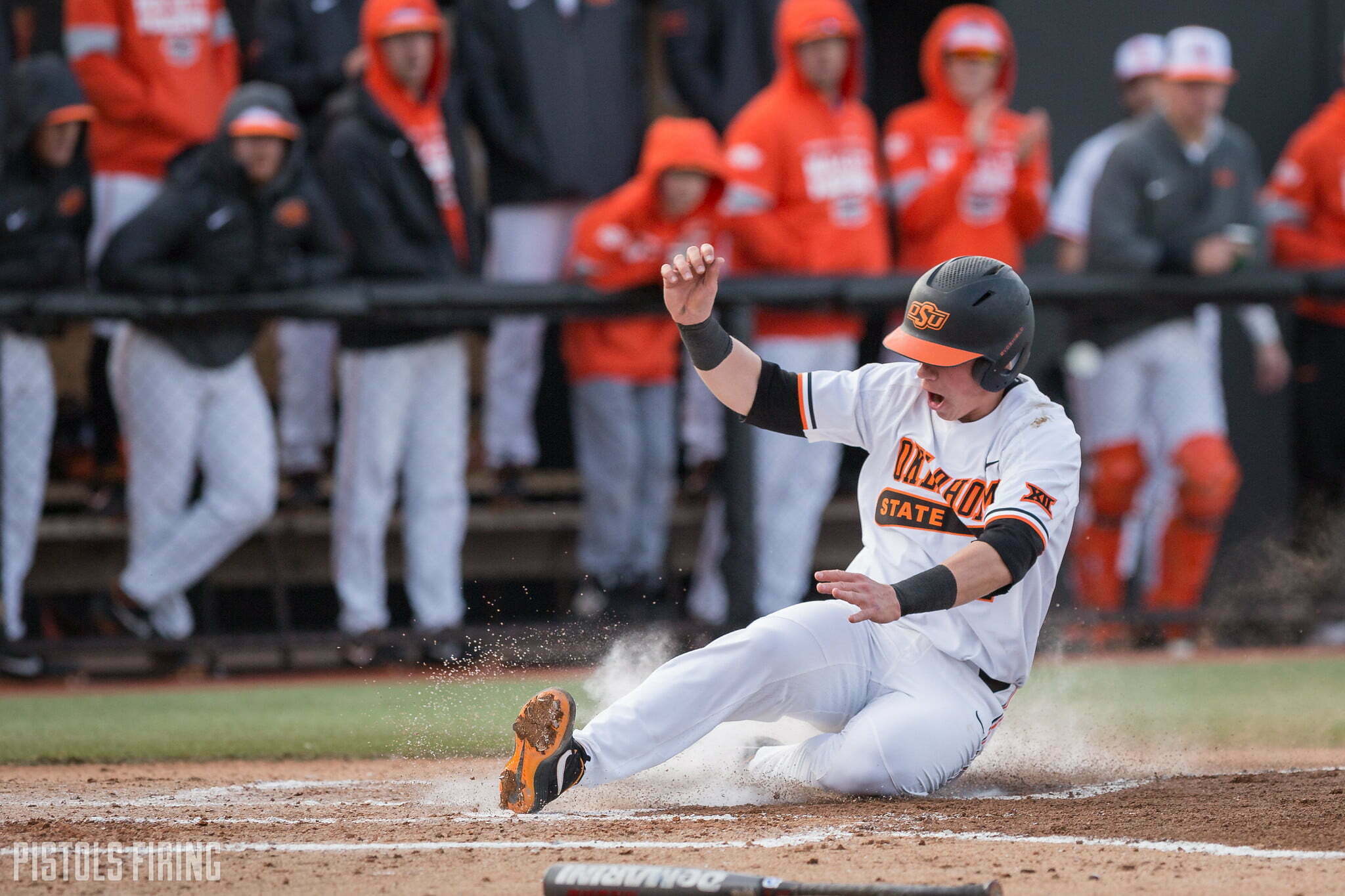 Chances of rain in the Stillwater area are expected to escalate throughout the morning and into the early afternoon, according to The Weather Channel. The likelihood of scattered showers and storms remains persistent throughout the day.

OSU throttled New Orleans on Friday evening 15-1 on Senior Night to clinch the series with a run-rule. The Cowboys logged 14 hits and scored all 15 runs in innings 3-5. They followed up a six-run second with a six-run third capped with a three-run fourth inning.

With the decision to cancel the season finale, OSU concludes regular-season play with a 32-16-1 overall record. It begins postseason play on Wednesday at the Big 12 baseball championship in Oklahoma City, where it will be the No. 4 seed.