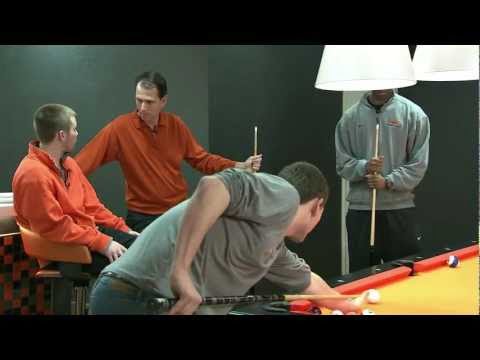 This video is all kinds of unintentional comedy as this blog’s namesake (Dave Hunziker) shoots pool with Keiton, Markel, and Christien Sager.

0:22 – Keiton looks at the camera like he’s the Black Widow and this is the national billiards championship.

1:12 – Hunziker freaks out like Markel just did some crazy trick when, in reality, I think he made either one or zero balls on the break.

2:16 – Markel convinces Hunziker he dunked second grade. This killed me for some reason.

Great stuff from everybody involved. Hunziker is hilarious in situations like these, whether he means to be or not.