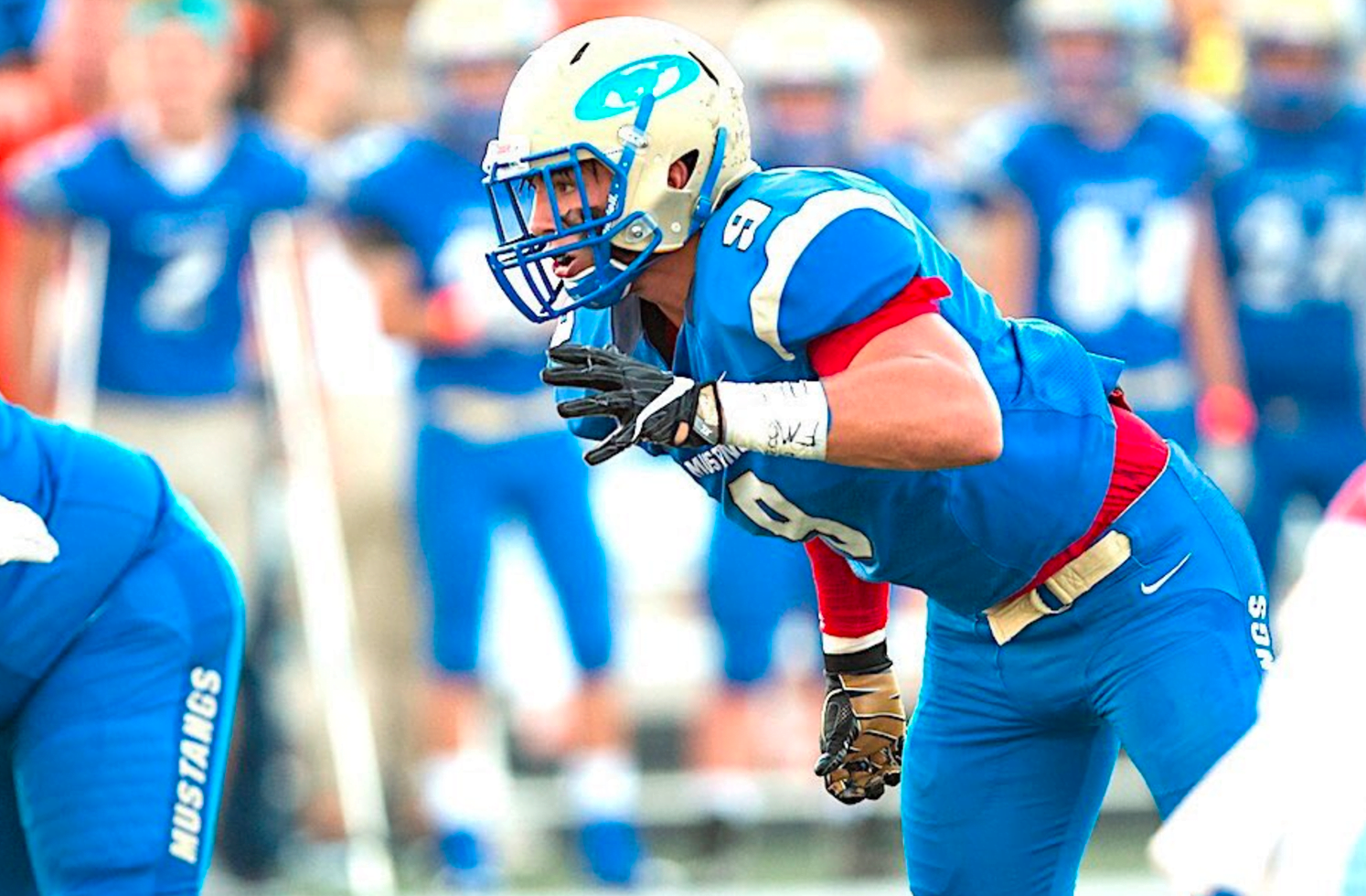 Brock Martin is one of my favorite players in Oklahoma State’s recently-signed 2017 freshman class. The defensive end from Oologah is impressive on film and apparently has a chance to play for OSU in 2017 as it contends for the Big 12 championship.

Martin, who is also a tremendously high school wrestler, is entering a seemingly loaded up position at defensive end with Cole Walterscheid, Jarrell Owens, Jordan Brailford, Tralund Webber and Trey Carter. But that could change between now and September.

Our two best guesses here are first Trey Carter, who shined in the Alamo Bowl, and is listed at 285 pounds on the roster. Second, Jarrell Owens, who played well at times last year and checked in at 270 pounds for the season. OSU is not super deep at this position, but with the presumed return of the injured Jordan Brailford, perhaps it can afford to move those guys to DT where it also has a host of studs.

It would be surprising, although not shocking, if Martin played at defensive end in 2017. That’s a man’s position, and going from playing at Oologah to playing at Texas in the span of 10 months is a transition most aren’t ready for.

Martin’s tape is impressive, though, and Gundy has shown he’s not scared to play freshmen (Darrion Daniels, Jalen McCleskey and Jeff Carr in 2015, Dillon Stoner, Calvin Bundage and Justice Hill in 2016).

“I am excited about the class from Oklahoma,” said Gundy on Wednesday. “I’ve said this the last couple years, and I will say it again this year, the talent in the state of Oklahoma is getting better and better each year.

“We have a number of young men from Oklahoma that are in this group that fit the criteria we started this conversation with today,” said Gundy who laid out what his ideal prototypical player looks like. “As you know, I am a big fan of wrestlers. It is a sport that takes discipline, accountability, structure, and when you are out there on the mat, you can’t blame anyone but your own.

“That’s why I like those guys. But when you look at the guys we have, you have Evers, Brock, you have Odom, Rodriguez. When you talk about those guys, they kind of fit what we talked about earlier and we are excited about those guys. It is important to them. There is no question that the geological [sic] location of the players makes a huge impact on the program.”

This is definitely something to keep an eye on as spring ball rolls around here in about a month.