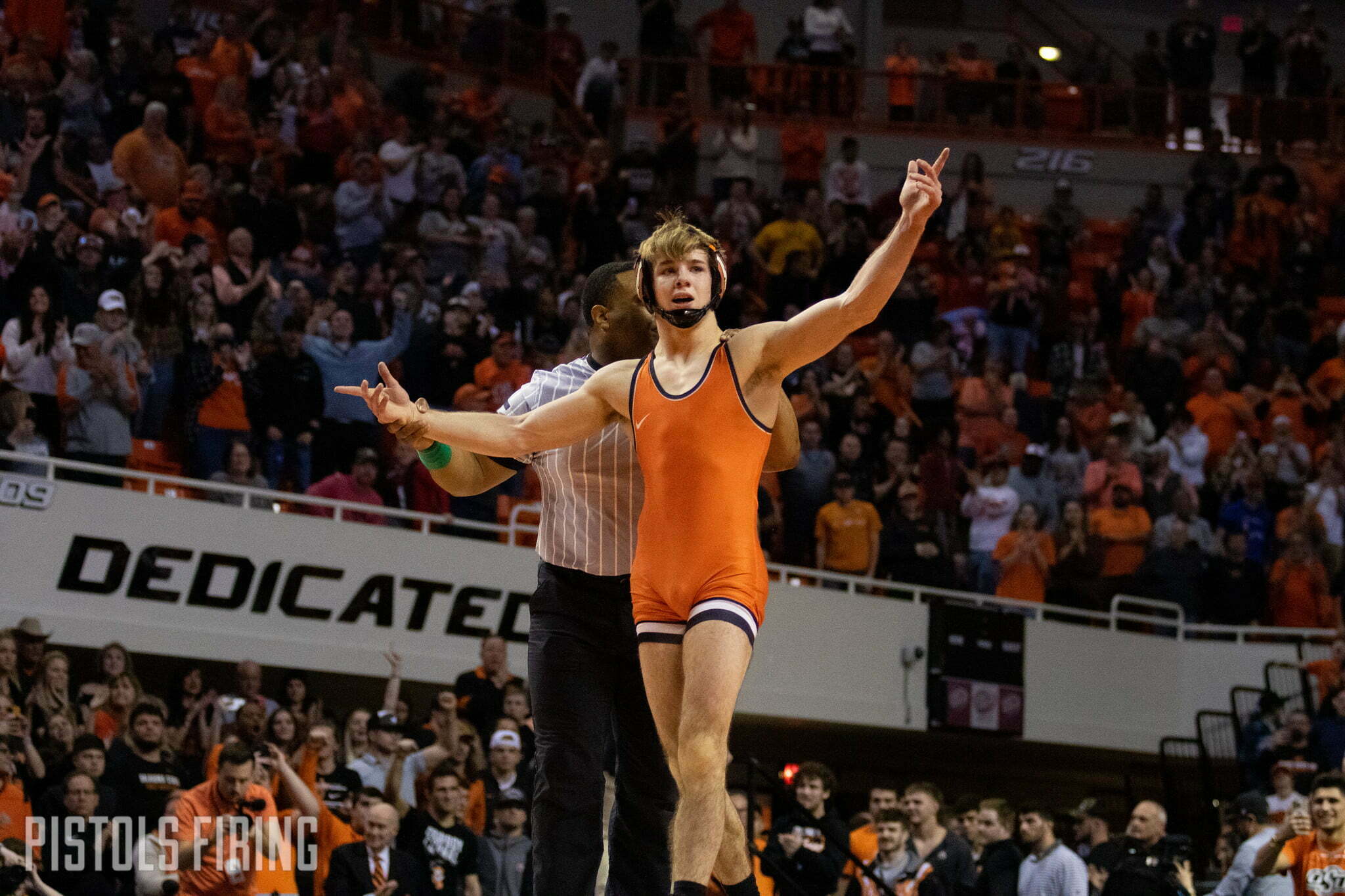 Four current Cowboy wrestlers and one commit competed at the Junior World Team Trials at the Spire Institute in Geneva, Ohio.

One of the top performances of the tournament came from soon-to-be Cowboy Brayden Thompson. Thompson, a Junior from Lockport, Illinois won a deep bracket at 79 KG that included a former world medalist.

Thompson opened with a 7-0 shutout in the quarterfinals over Aaron Ayzerov. In the semifinals, he held off a late charge from Rocco Welsh. Thompson was up on criteria with the match tied at 4 and got a last-second takedown to win 6-4. He then beat Josh Barr 4-1 to set up a best of three series with US Open Champion Luca Augustine for the World Team Spot.

Thompson beat Augustine 3-1 in the first bout then used a second-period takedown to win their second match 2-2 on criteria and become the U20 World Team Member at 79 KG.

Last year’s starter at 141 for the Cowboys, Carter Young, also wrestled here. Coming in as the No. 3 seed he won the challenge tournament at 65 KG to set up a best of three with Vince Cornella. Young beat Cornella in the first match 4-3 then fell in the second 12-10 to set up a third and final match to decide the 65 KG spot. Cornella beat Young 4-1 in the deciding match.

Kyle Haas (92 KG) and Jordan Williams (75 KG) both fell in the consolation semifinals and Teague Travis (65 KG) went 2-2 in the tournament.

A host of other Cowboys are still wrestling in the U23 tournament this weekend. We will provide a full recap on that once it’s complete.