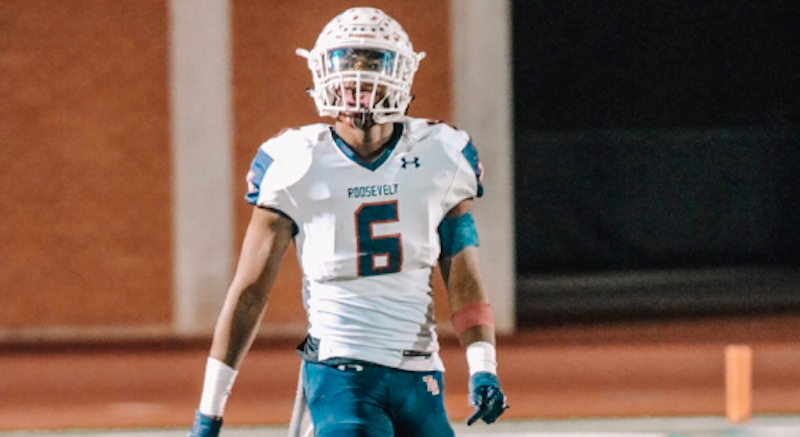 Class of 2020 athlete Rashod Owens, who was offered by OSU in mid-December and committed and signed within a week, will make his official visit to Oklahoma State this weekend, he told Pistols Firing.

Owens is listed as a three-star prospect from San Antonio’s Roosevelt High. A 6-1, 185-pound do-it-all offensive weapon, he played mostly running back in high school but plans to play receiver at OSU.

“They want me to play receiver,” he told PFB. “I only played running back to help out the team.”

Owens had long circled OSU as a dream school but had to wait that opportunity out. Army, Colorado State, Georgia Southern and other smaller schools offered, but when the Pokes pulled the trigger last month, that was it.

“I was excited,” he said. “Oklahoma State has always been a place I’ve wanted to go. They’ve always been in my top three choices, so I was excited. It went pretty quickly.”

Owens is one of three receiver pledges for OSU in the 2020 class joining Brennan Presley and Matt Polk. He’s expected to arrive on campus later this summer.