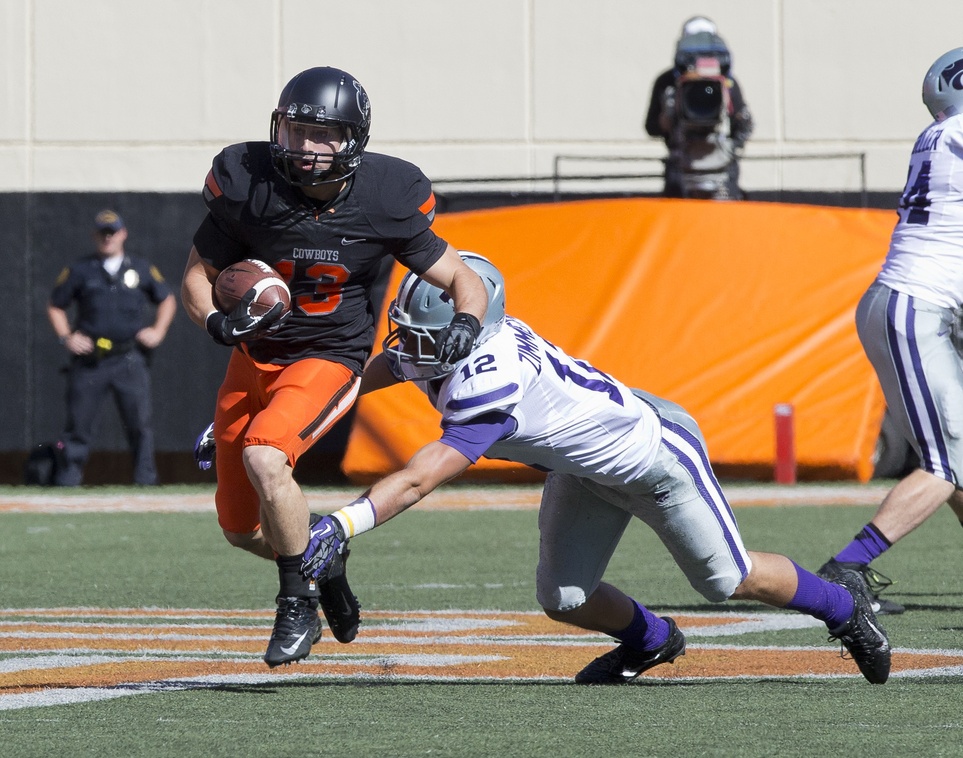 Want more evidence that the OSU offense is stalling out this season?

Let’s take a look at points per drive, something OSU has excelled at under Mike Gundy on offense (and defense) for the last three years.

Right now Florida State is averaging 4.20 points per drive which is just a total joke. Baylor is at 3.96 and Oregon is at 3.72. OSU is just behind Georgia Tech, Duke (!), Houston, and Louisiana and just ahead of Bowling Green Cincinnati, Mississippi State, and Texas Tech.

The long drive number of 1.65 ranks them somewhere in the mid-50s.[1. It would take me until Saturday’s game to calculate every team’s figures.] Last year this number was an equally atrocious 1.62 which ranked OSU 52nd in the country in points per drive on drives starting inside its own 20.

The most disconcerting thing to me is this: OSU’s average start spot this year is its own 34 — this ranks them 12th in all of college football. Their offense is getting, on average, more favorable starting spots than 113 other football teams (thanks, defense!) and is only 40th in points per drive.

That’s not good and I haven’t seen much evidence that it’s going to get any better anytime soon.