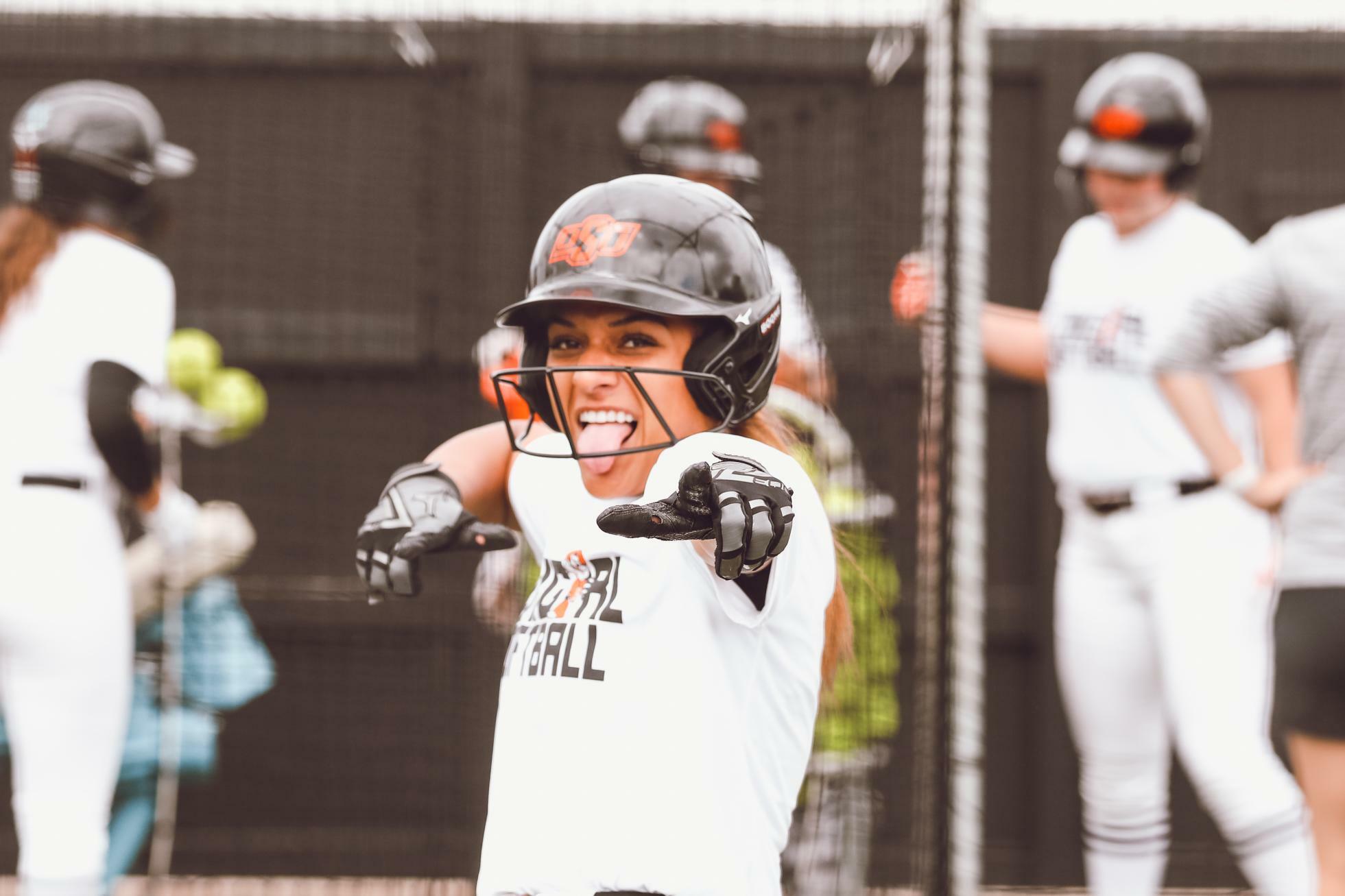 The Cowgirls’ bats were hot early (like from the opening pitch) and never cooled. OSU rolled past Campbell 10-0 in the opening game of the Stillwater Regional on Friday. A mercy rule ended the affair after five and a half innings.

Kiley Naomi swung at the first pitch to come from the Camels’ mound and sent the ball over the centerfield fence.

Still in the first inning, Sydney Pennington hit a two-run single and then Karli Petty hit another RBI, giving OSU a 4-0 leading heading into the second and the Cowgirls never looked back.

Kelly Maxwell got the start from the mound for OSU and pitched four and a third innings allowing just two hits and striking out three. She’s now 15-3 on the year as the starter.

Another two OSU runs scored in the third put the home team up 7-0. The rules state that if the run margin is eight or more after fiving innings, the game ends. In the bottom of the fourth, Pennington pushed the Cowgirls past that threshold in dramatic, and historic, fashion.

Not to be outdone, Karli Petty sent another one over the fence to give the Pokes at 10-0 lead with just three outs needed to make it official.

After Campbell’s Kayle Fredendall doubled to start the fifth, Kenny Gajewski brought in Logan Simunek to close out the run-rule and she did just that. A grounded out left the Camels with just one batter left, and a prayer, and Simunek struck her out swinging.

The Cowgirls move on to Game 3 of the Stillwater Regional against the winner of Mississippi State and Boston University at 1 p.m. Saturday.