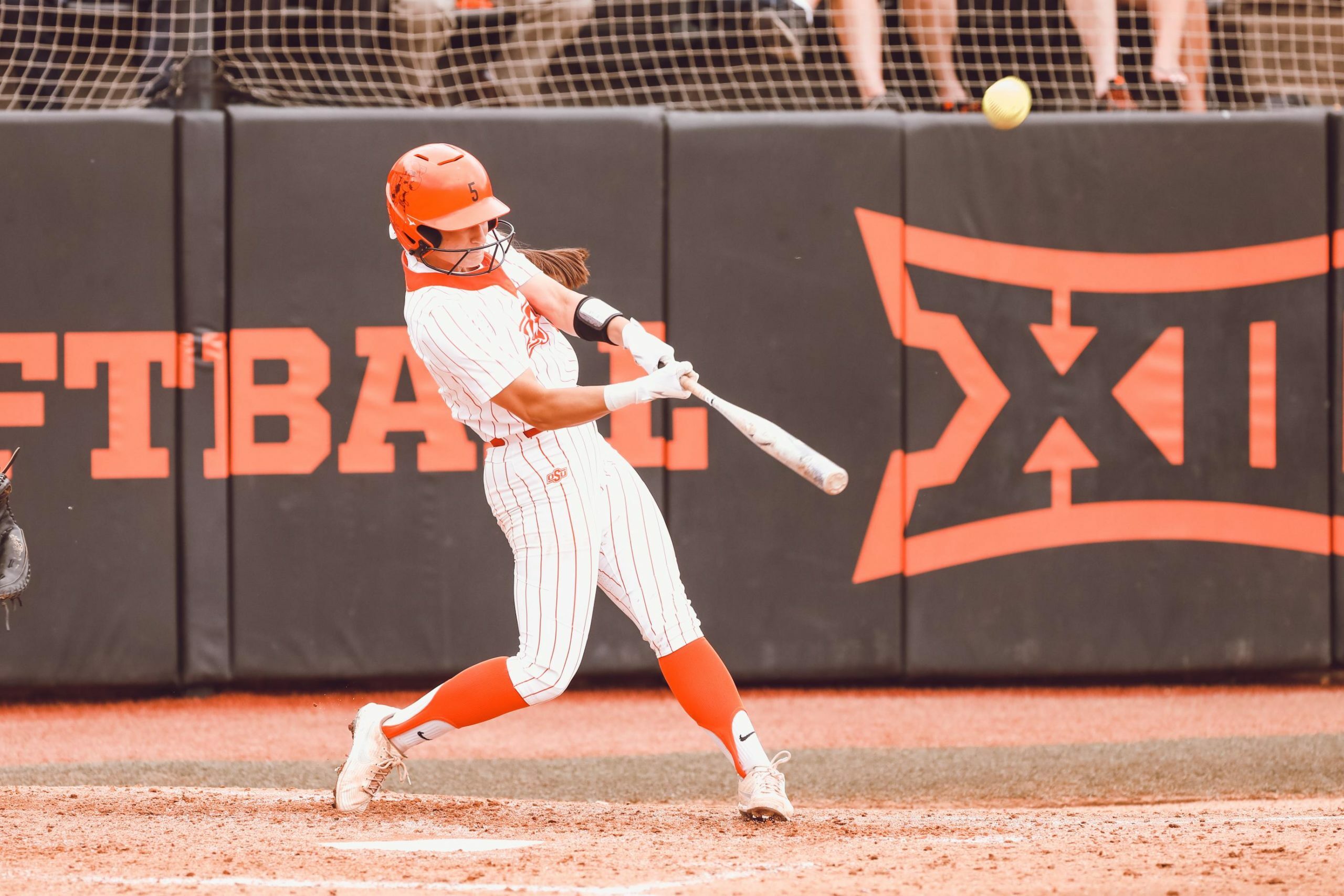 No. 5 Oklahoma State battled through early errors and struggles in the circle to defeat Mississippi State 9-3 and advance to Sunday’s Stillwater Regional Final.

Carrie Eberle logged her 22nd win of the season, but the Bulldogs made her earn it. She walked a season-high six batters, allowed six hits while striking out three and threw all of 129 pitches.

Mississippi State put pressure on OSU’s ace from the beginning when Fa Leilua homered on the Bulldogs’ second at-bat, but that was just the start of it. Eberle found herself in trouble in both the second and third innings, and looked like she might be on the bench by the fourth. But she was able to remain calm and regain control of the game.

During that rough third inning, Logan Simunek could be seen warming up in the bullpen, but Eberle was able to survive and recover.

Through those two innings, she allowed only one run and struck out MSU’s Madison Kennedy swinging with the bases loaded and two outs. That was the turning of the game. Eberle held the Bulldogs scoreless over the next two innings, just long enough for her offense to blow the game wide open.

The Cowgirls’ bats made life even harder on Mississippi State starter Emily Williams, scoring five runs in the third inning, and then three more on MSU closer Alyssa Loza in the fourth to go up 9-2 through four.

Alison Febrey had herself a day. In her first three at-bats she hit a single, and a pair of RBI doubles. She finished the day 3-for-4 with two RBI and two doubles.

Kiley Naomi also went 3-for-4 with an RBI and single home run in the third which extended her home run streak to four games. She’s now launched six moonshots in her last eight outings.

That was also homer No. 83 for the Cowgirls on the year, breaking the program record set in 2019.

The Cowgirls, now 2-0 in the regional, will play the winner of tonight’s game between and Mississippi State and the winner of Campbell/Boston University. That regional final takes place Sunday at 1 p.m.