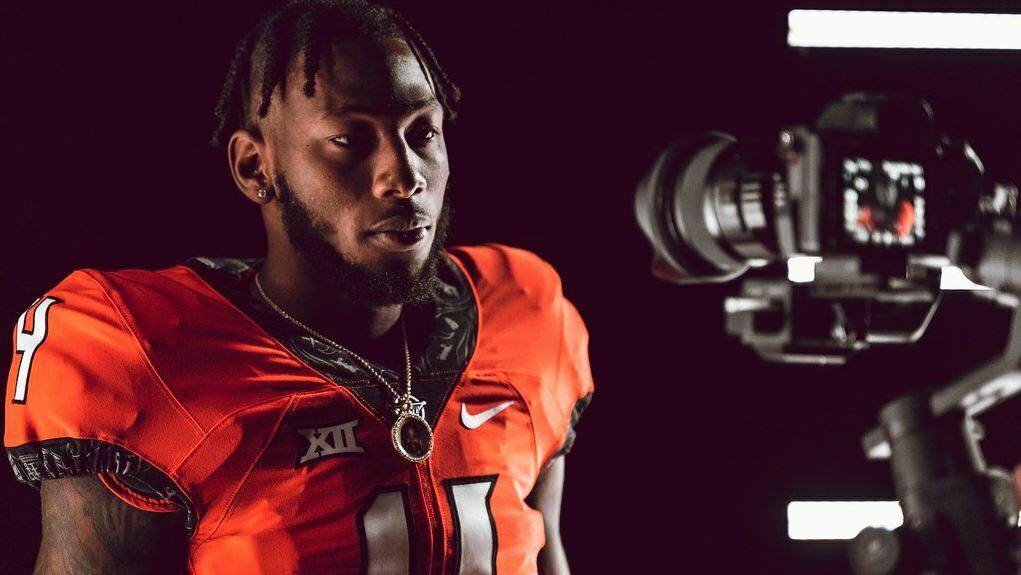 OSU does not have a superstar wide receiver with no-doubt-about-it All-American candidacy entering the season. No Tylan Wallace, no James Washington or Marcell Ateman types. Not even a Dillon Stoner.

It makes for a reload at the position with uncertainty for the first time in awhile. And while Brennan Presley has garnered much of the preseason buzz — he scored thrice in the Cheez It Bowl and looked like the WR version of Barry Sanders! — Tay Martin is the one Mike Gundy name-dropped Thursday at Big 12 media days who seems to have that type of upside.

“We don’t necessarily have what would be a marquee player that we have traditionally had at that position at Oklahoma State,” said Gundy. “It will be very interesting to watch how Tay Martin develops. We feel good about his development, after getting into our program. And he’s in really good physical condition now. He played last year, started to develop some in the latter part of the season when he finally got in good shape.”

See what he did there? We don’t necessarily have a marquee player, but I’m interested in see what Tay Martin can do. Maybe I’m reading too much into it, but it sounds to me like Martin is the guy who could grow into the marquee guy.

Presley will no doubt be a target hog in this offense and Gundy hinted that both he and Martin will be key parts of the passing game. There’s also “a number of guys that we feel like should develop as the season goes on,” Gundy said Thursday. However, the depth chart, with all its questions, looks to be top-heavy with Presley and Martin leading the way.

“So,” Gundy concluded, “we’re hoping that those guys will carry us a little bit at that position.”