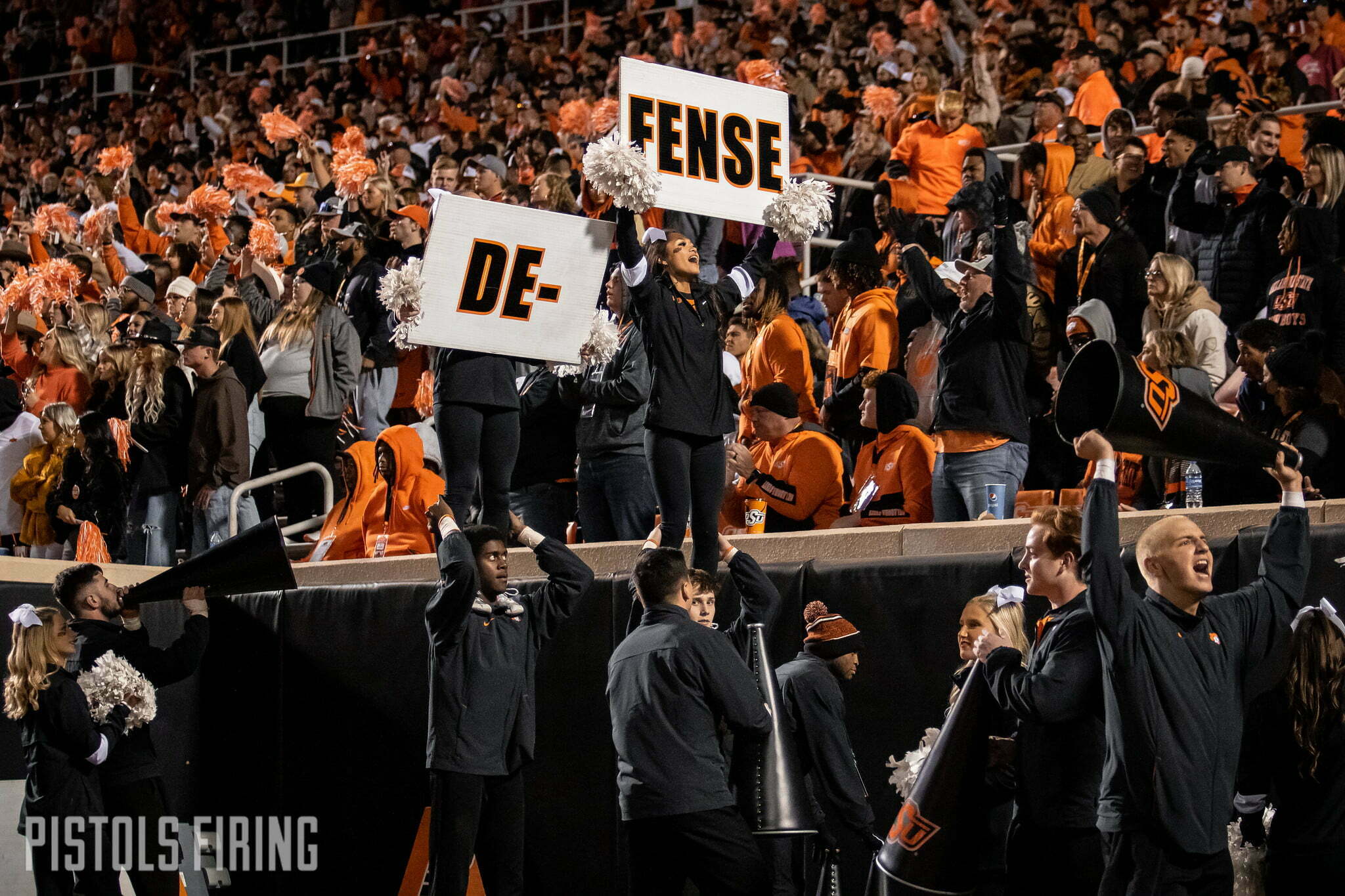 On Wednesday, Oregon defensive tackle Jayson Jones entered the NCAA’s transfer portal. Then, on Thursday, he reported an Oklahoma State offer. The former top 20 recruit out of the state of Alabama has the talent and experience that the Cowboys are, suddenly, in search of.

Jones signed with the Ducks for 2020 and redshirted before enjoying a productive freshman season in 2021. He recorded 19 tackles and 1.5 sacks in 13 games.

The Cowboys join the likes of Auburn, Nebraska, Missouri, North Carolina and others that have jumped at the chance to add a former big-time recruit with oodles and promise and eligibility.

The 6-foot-6, 320-pound bruiser hails from Calera, Alabama where he was rated as a four-star recruit and a top 15 prospect in the state where Nick Saban coaches. He was the No. 3 defensive tackle in Alabama and the top-ranked offensive tackle according to ESPN. He had an offer from Mr. Rat Poison himself before deciding to head to the Pac-12.

If that wasn’t enough to sell Cowboy coaches on the chance to bring Jones in, it appears that there will be — all of the sudden — an extra open spot in the trenches.

On Wednesday morning it was reported that sophomore DT Jayden Jernigan was planning to join the portal himself, though a return to Stillwater has reportedly not been ruled out.

And just hours after the news on Jernigan came out, junior college interior D-Lineman Seleti Fevaleaki reported his own Cowboy offer.

Fevaleaki is a 6-foot-2, 270-pound DT from Snow College, the same junior college that boasted the likes of current Cowboys running back Jaylen Warren and D-Linemen Sione Asi and Nathan Latu.

Before his junior college stint, he spent two seasons at BYU. After spending 2019 on the Cougars’ scout team, Fevaleaki recorded four tackles, one sack and a pass breakup in 10 games during the COVID-shortened 2020 season.

He doesn’t hold a 247 ranking but does hold offers from Nebraska, Utah State, Indiana and others.

On Wednesday, during his press conference to address the start of the early signing period, Mike Gundy discussed the process which has become the new norm in college football and mentioned that the ability to add talent in was directly related to the number of players the Pokes lose to the portal.

“If the portal guys go out, you can portal guys in,” said Gundy. “We won’t know that until the first week in January, second week in January because we could have – I said the other day I would guess we would have three or four players that would jump in the portal because they want to be somewhere and start. I respect that. I think that’s awesome.

“In fact, we’ve had a couple that are in now that have come in and talked about it and told me the reasons why and it’s all positive. It’s just the way the world works. We might have a couple others. If so, four will go out and four will come in. Two go out, two come in. That’s generally gonna take place in the spring or up until about Juneish.”