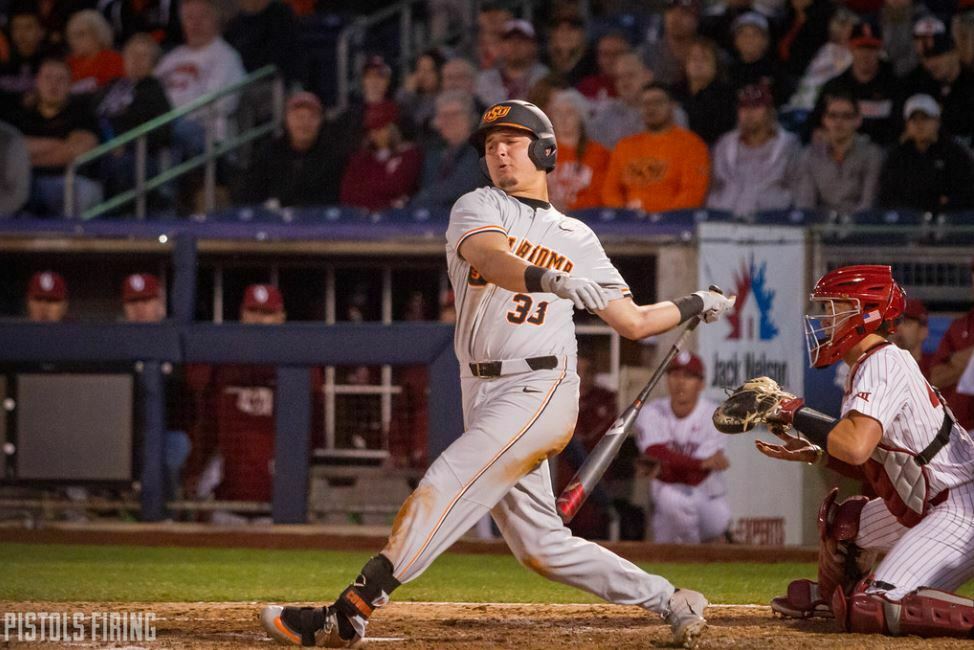 It took 10 innings for Oklahoma to break a nine-game losing streak to Big Brother.

But OSU got things kicked off in the scoring department.

Trevor Boone’s 17th home run of the year gave the Cowboys the 1-0 lead in the top of the fourth inning. One inning later, a wild pitch by OSU’s Logan Gragg allowed for a Milan Walla run. And another inning later, Conor McKenna’s sac fly facilitated Mitchell’s own score and a 2-1 Sooner lead.

The scoring wasn’t over as Colin Simpson became the fourth Cowboy to hit double-digit home runs on the year with this equalizing deep ball off the arm of Levi Prater to knot things up at 2-2 in the eighth inning.

Parker Scott (now 2-2) started his fourth game on the year for OSU and lasted 54 pitches, giving up three hits, walking none and allowing zero runs in four innings. The stat line wasn’t so clean for Gragg who gave up two runs on two errors in just one and one-third innings of relief for Scott.

Joe Lienhard lasted two and two-thirds innings after them before he got into trouble (but allowed no runs and struck out two), and Ben Leeper was stuck with the L after the two-out RBI by Mitchell put the Pokes in the loss column for the first time in 10 Bedlam tries. This makes the Cowboys 1-1 in extra-inning games this season.

It’s the first time they’ve lost to OU since May 15 … 2016. The rubber game will take place at L. Dale Mitchell Baseball Park in Norman on Sunday at 2 p.m.