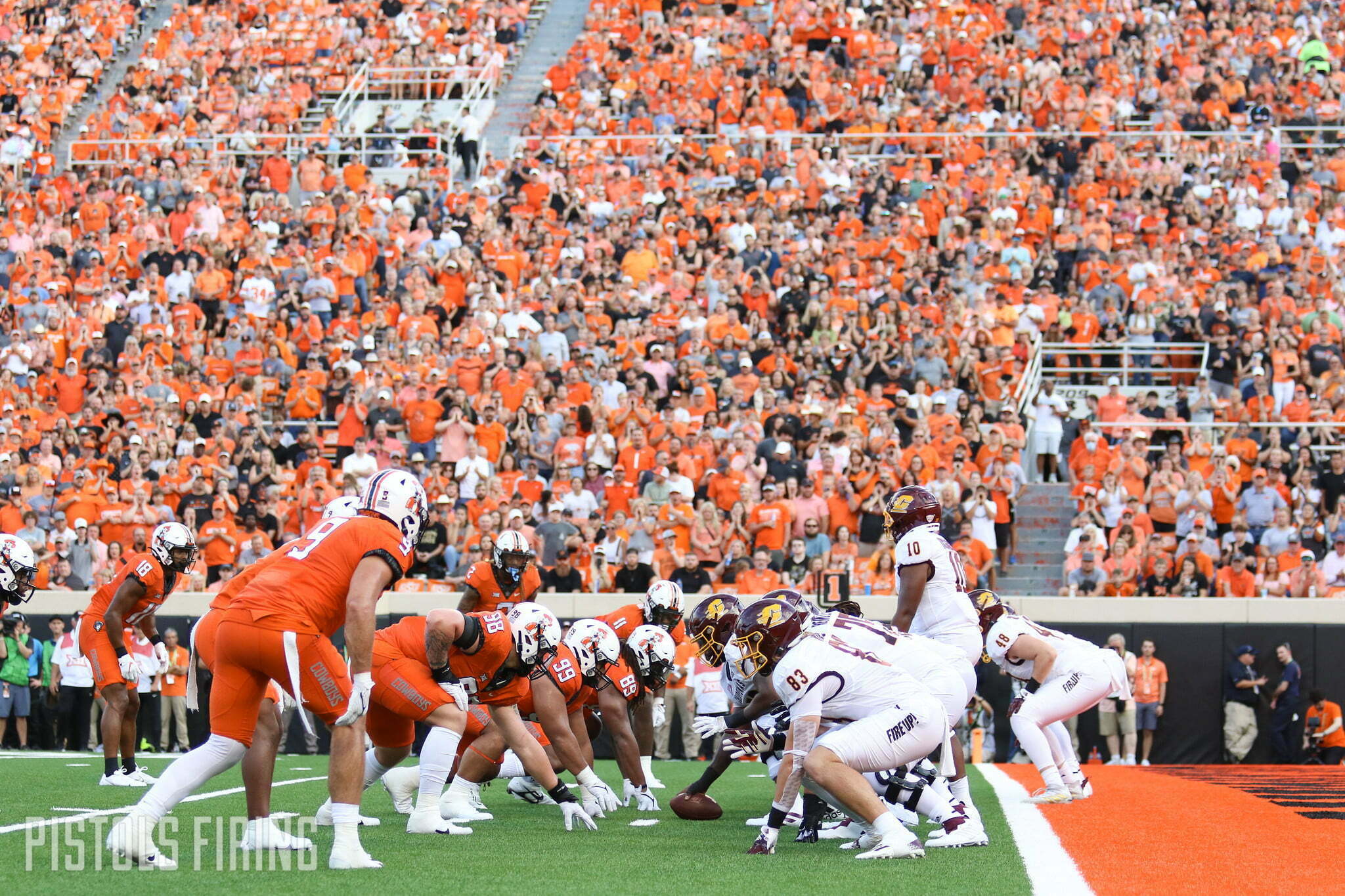 A deflating 22-point fourth-quarter scoring frenzy from Central Michigan in Week 1 vs. Oklahoma State has not done enough to dissuade bettors away from OSU’s prospects in Week 2 (and beyond).

The Cowboys opened as double-digit favorites over visiting Arizona State in Week 2 at most sportsbooks. Caesars Sportsbook has the Pokes as 11-point favorites.

OSU opened as 12-point favorites in the Week 2 showdown in Stillwater. The line has done a little bit of a dance in the days since, moving down to 10.5 then to 11, back to 12 before settling at 11 (for now).

In Week 1, OSU won 58-44 but failed to cover the 21-point spread it had as a heavy favorite. The over — set at 58 — easily hit, though, with OSU getting there on its own. In Week 2, the over/under line is set at 55.5 right now, with each side juiced at -110. Based on what we saw in the opener (on offense and on defense), I wouldn’t be surprised to see the over again hit as the Sun Devils roll into town.