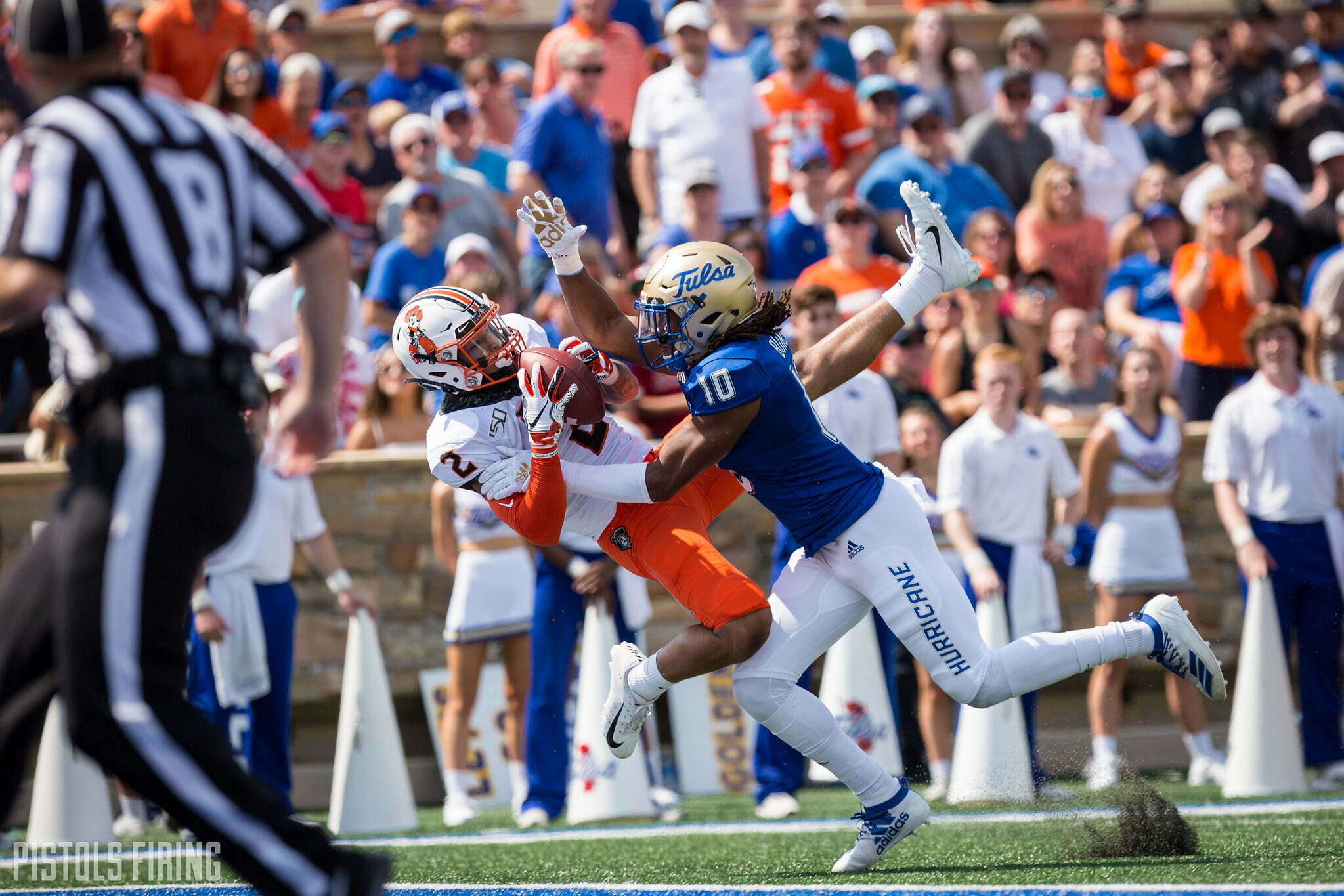 Believe it or not, college football — or some form of it — is just around the corner. With spring practice coming up on the horizon it’s not too early to look at what figures to be one of the more anticipated seasons in Mike Gundy’s tenure.

For Part 1 of our 2020 schedule preview, we’ll be looking at Oklahoma State’s nonconference slate. Here’s what the Cowboys will be facing based on what we know in January.

After the Cowboys opened 2019 in Corvallis, the Beavers will return the favor with a trip to Stillwater. Last year’s 52-36 Cowboys win was the first meeting between these two OSUs.

After falling to Oklahoma State in its opener, Oregon State went on to finish 5-7 in Year 2 under Jonathan Smith, an improvement over the 2-10 finish his first year. It was the Beavers’ best finish since 2014. They haven’t been to a bowl game since 2013.

Last Meeting: The Cowboys hung 52 points on the Beavers in Corvallis in last year’s season opener. Spencer Sanders racked up 200-plus yards passing and over 100 on the ground and threw three TDs. Two of those scores were connections with Tylan Wallace, who casually put up 92 yards. Chuba Hubbard had 221 yards and three more scores of his own.

Key to Cowboy Victory: Hit the ground running, both figuratively and literally. The good news is that both Tylan and Chuba will be back in 2020 and should be ready to light up the other OSU once again.

With the gallons of orange Kool-Aid that we will be surviving on this summer, there’s no reason that BPS shouldn’t be rocking when the Beavers make their Stillwater debut on Sept. 3.

Oklahoma State will face another familiar foe from last year’s noncon with Tulsa coming to Boone Pickens Stadium in Week 2. The Cowboys will look to make it eight-straight against that other in-state school.

Last Meeting: After a dominant first quarter in Tulsa, the Cowboys took their licks in the second, and Tulsa took a 1-point lead into the half. But the defense and a green Spencer Sanders bounced back in the third and scored the final three TDs to finish the game.

Key to Cowboy Victory: Show up and have fun. I don’t mean that as it probably comes across. The Cowboys shouldn’t be on upset watch, but the Golden Hurricane showed last year that it could push the young Pokes. You’d like to see a much more dominant effort from OSU at home and a year more experienced at most key positions.

OSU needs to show up prepared and ready to play against a sneaky tough team. If the Cowboys are going to live up to all the offseason hype, they need to show that they can put a team like Tulsa down early and keep them down.

The Cowboys finish their noncon schedule with a visit from FCS school Western Illinois. The Leathernecks and Cowboys have never met.

Key to Cowboy Victory: Just show up. Unlike with Tulsa a week earlier, all the Cowboys likely need to do to come out on top is be present for the game. Again, I think it’s more about how the Cowboys win than a question of if they do. With an early bye week and a Big 12-opening trip to Fort Worth to follow, it’s all about handling business for the Pokes in Week 3.