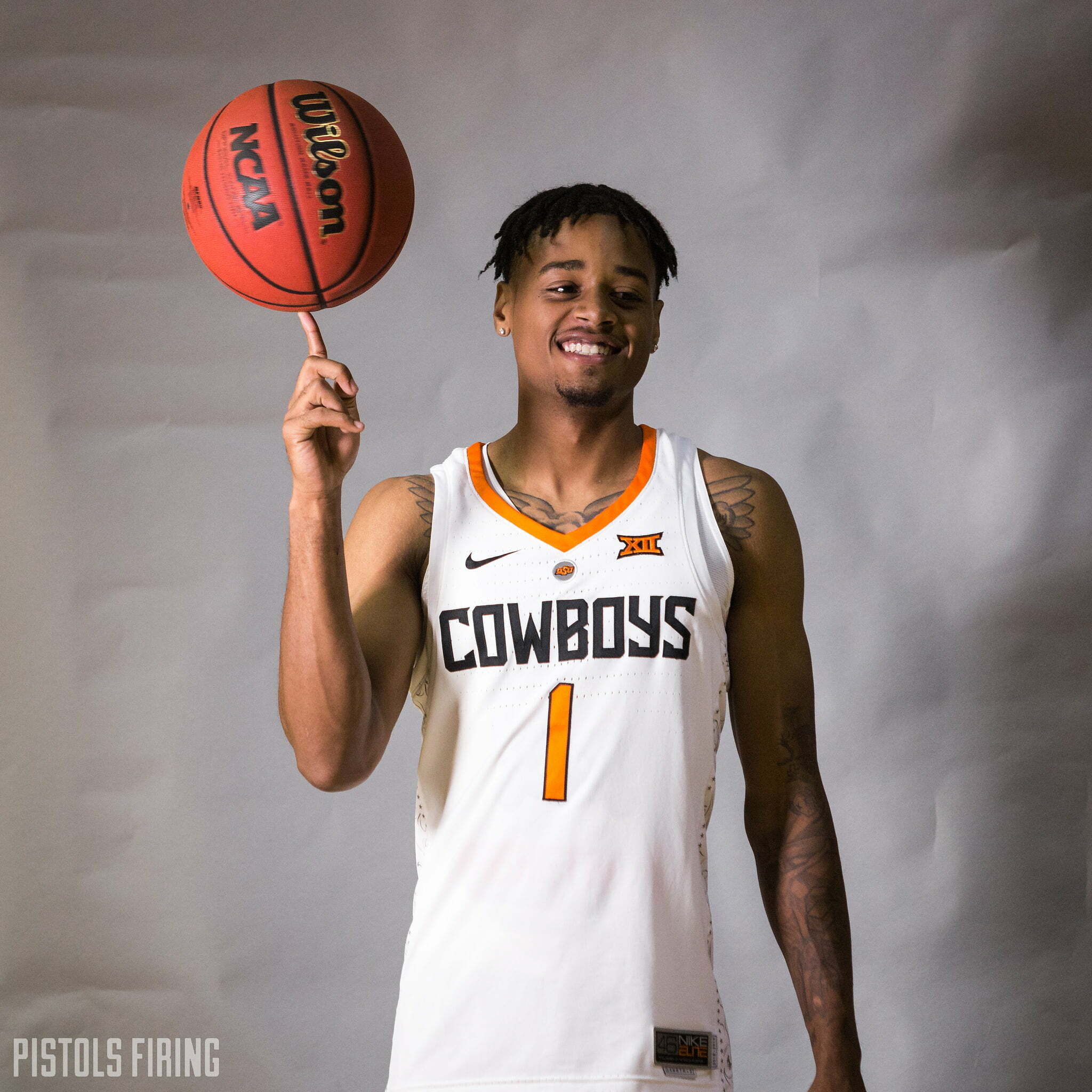 After starting the season scorching hot from distance, the Pokes had shot just 30.3 percent as a team in their prior three contests before the Central Arkansas game on Friday. In addition, the Cowboy bench had shot 15.7 percent from three over this same span of games, with a majority of these attempts coming from guards Michael Weathers and Mike Cunningham.

However, during Friday afternoon’s 82-73 victory over Central Arkansas, the Cowboys got a much needed shooting spark off the bench from Indiana transfer Curtis Jones. With Cunningham sitting out for team disciplinary reasons, the junior guard stepped up and provided some firepower from distance for the Pokes. He finished the game 5 of 10 from beyond the arc, 6 of 14 overall, and displayed his accuracy on catch and shoot jumpers.

The Huntington Prep product also showed he’s not just a catch and shoot player. In the clip below you’ll see Jones gets the favorable switch off the screen from Yor Anei. The Central Arkansas defender sags off to take away the drive, knowing he doesn’t have the quickness to guard Jones tight and keep up with his dribble penetration. However, if you give a shooter like Jones that much space, he’s going to pull up off the bounce and sink one in your eye, as the Cowboy guard does here.

When the Bear defenders finally started guarding Jones tight on the perimeter, he displayed his ball handling ability, as well as his ability to finish inside the arc.

Now, there were a few of Jones’ 10 attempts from three that were contested and might not have been the best in terms of shot selection, but it’s only his second game back after sitting out for a season and half. This will improve over time as he gains experience playing in-game minutes with his teammates.

On a night where the Cowboy sharpshooters Lindy Waters and Thomas Dziagwa went a combined 4 of 16 (25 percent) from three-point range, Jones really stepped up and made some key shots for OSU. As I mentioned above, he showed that he can knock down set shots and shots off the dribble, and also showed some flashes as a facilitator on this nice pass to Anei.

Jones’ ability to spread the defense out by being a threat from the outside will create some space to penetrate for the bench unit ball handlers Cunningham and Weathers. This will be huge for the Cowboys as they head into Big 12 play.

The junior guard finished with 23 points, 6 rebounds (2 offensive), 1 assist and only 1 turnover in 24 minutes. Even though it was against lesser competition, it was a very impressive overall performance. Jones’ addition as a scorer fills a need for a team that has had trouble putting the ball in the basket for stretches this year, and I think he will only continue to improve as the season progresses.