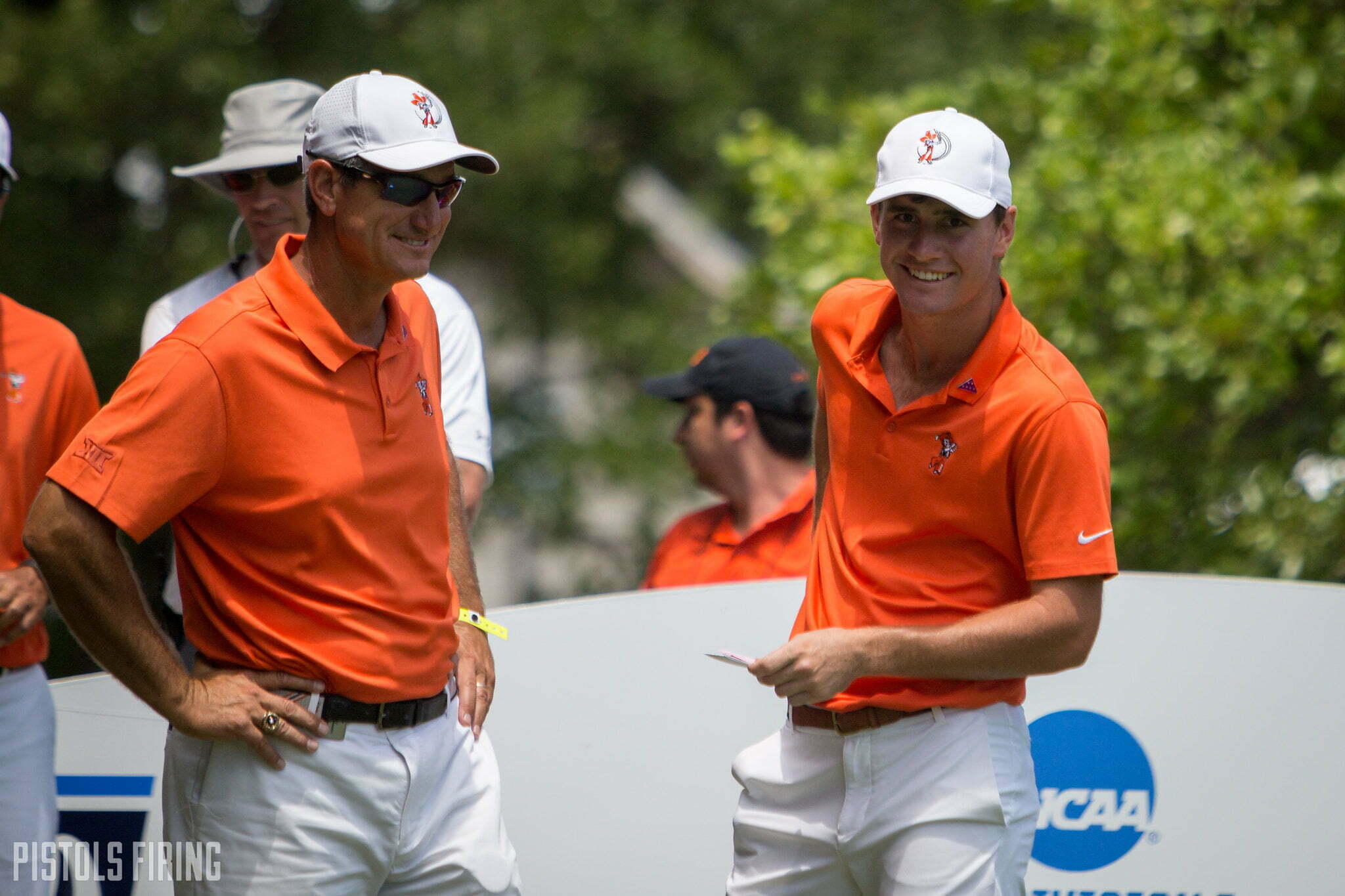 It’s title time for Oklahoma State golf again. The NCAA Regionals were announced on Wednesday, and OSU will head to Louisville in a few weeks in search of its 14th regional title and a 72nd (of 73 possible) NCAA Championship appearance.

The Pokes are one of six No. 1 seeds and will be the top dog in Louisville come May 13-15 for the 54-hole event. They won their regional last year at Ohio State and took that momentum into the NCAAs to capture their 11th NCAA title at Karsten Creek.

Nine (!) Big 12 teams made the regionals, and four of them will play in the Louisville Regional. Baylor, Iowa State and West Virginia will join the Pokes there. Here’s a look at all 13 teams.

The top five from each regional will move on to make up a top 30 when the NCAA Championships are played at Blessings Golf Club in Fayetteville, Ark. on May 24-29. Last year Oklahoma State beat a team by 85 strokes. S. Illinois and Jacksonville State should be on high alert.

Just like last year, much of what OSU does (or has done) this spring will be (or has been) documented by one of their own. He brought a friend this time, too.

After a successful first season, the second installment of NBC Sports’ four-part documentary series will profile the college golf rivalry between Alabama and Auburn, while also following defending national champion Oklahoma State for the 2018-19 season.

Justin Thomas joins Rickie Fowler as an executive producer while Emmy Award-winning actor Josh Duhamel returns to narrate the series. Ollie Stokes, a 20-time Emmy Award-winner, is the writer and producer for the show. [Golfweek]

“It has been a lot of fun partnering with Justin for season two of Driven, highlighting the Alabama-Auburn rivalry within the world of college golf and my alma mater as we look to defend our national championship,” said Fowler in a release. “We have been bouncing ideas off each other throughout the year, and we’re excited for viewers to see the game’s future stars and their dedication to college golf.”

You can see the schedule below. Last year OSU beat Auburn and Alabama in the match play portion of the NCAA Championship en route to No. 11. If they do that again that June 29 airing should be a tasty one.