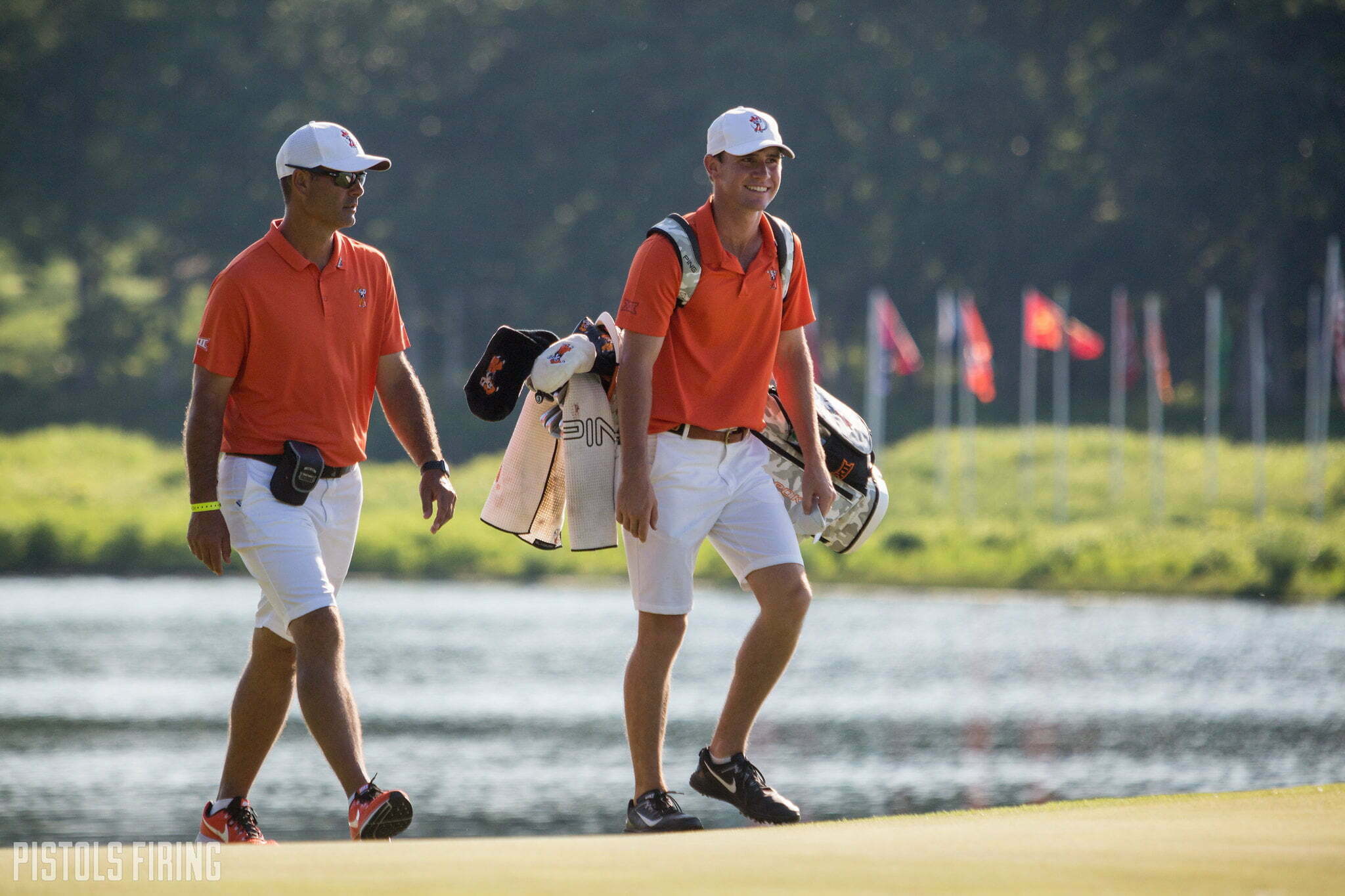 The Cowboys’ season came to a somber end in the desert.

Oklahoma State fell to Pepperdine in the semifinal round of the NCAA Championships on Tuesday, falling 3-0-2.

The Cowboys had a few hot streaks against the Waves, but OSU trailed for most of the round.

The Cowboys’ started the day beating Vanderbilt in the quarterfinals of the tournament, winning 4-1.

The Cowboys’ successes of making it to the semifinal after winning a regional and the Big 12 Tournament is promising considering that Austin Eckroat was the only upperclassman in the Cowboys’ lineup.

Bo Jin is quickly finding his way into the hearts of the Cowboy faithful. A true freshman from China, Jin finished second or tied for second at the Big 12 Tournament, the Stillwater Regional and then at the national tournament.

Jin added a little more to his legend Tuesday when he found himself on his knees under a tree in the desert. His tee shot on the seventh in the semis went … to a not great spot. Rather than taking a penalty, Jin found a way to his ball for this shot:

He would go onto half the hole with Pepperdine’s William Mouw with a big-time putt.

Jin and Mouw ended the semifinal tied through 15 holes.

Austin Eckroat fell to Pepperdine’s Clay Feagler 2&1 in what was the only match-play loss in Eckroat’s career.

Eckroat finished third in the PGA Tour University rankings, allowing him to play in the remaining Korn Ferry Tour Events, starting with the BMW Charity Pro-Am on June 10-13.