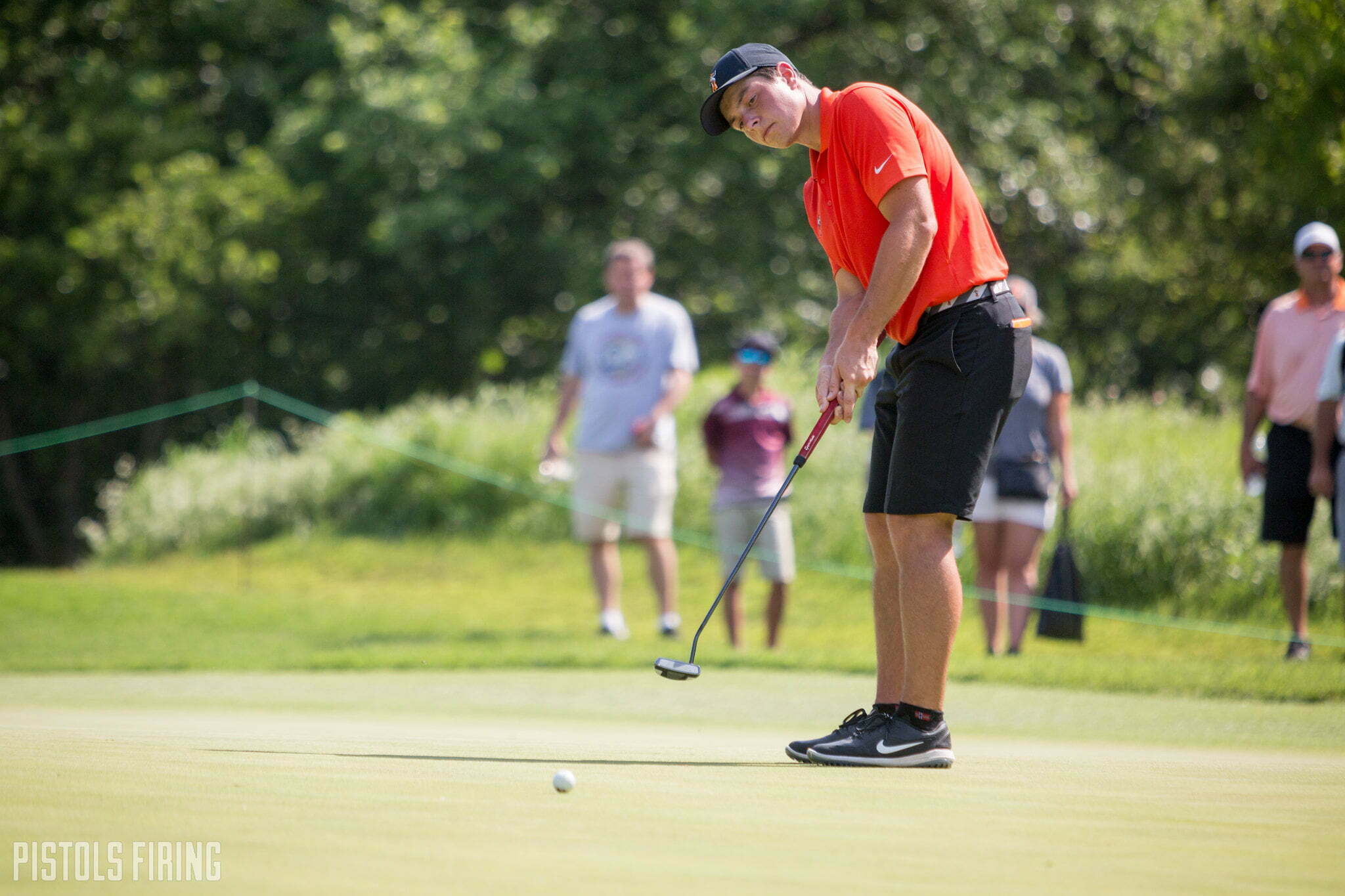 Oklahoma State’s men’s golf team just completed an historic season — even if it didn’t end with the fairy tale finish and the elusive back-to-back national championship.

So it should be no surprise that when the Big 12’s coaches cast their votes for the end-of-season awards, a couple of Pokes headlined the release.

Viktor Hovland will need to make a little more room in an already-packed trophy case. The junior was named this year’s Big 12 Player of the Year, the first Cowboy to earn that award since Wyndham Clark in 2014, and the 12th all-time.

Hovland, this year’s Ben Hogan Award winner, recorded three victories and finished runner-up at both the Big 12 Championship and the Louisville Regional. He was named a first-team All-American and was the low amateur at this year’s Masters.

Alan Bratton earned his first Big 12 Coach of the Year award since taking the reins of the program in 2013 after bringing a conference title back to Stillwater, for the first time since Mike Gundy did, in 2011.

Pretty cool of the 🐐 to take some time out of his busy schedule to shoot a quick photo with Jack Nicklaus. pic.twitter.com/7jYOpVrEeA

Best team ever at Oklahoma State? This squad could surely make a case. Regardless of where you land on that discussion, the Pokes lose a lot heading into 2020 as they say goodbye to 75 percent of those all-Big 12ers.

Hovland and Wolff have probably teed it up for the last time in orange (at least in official Pete garb) and Bauchau has exhausted his eligibility. Eckroat is just a sophomore so he’ll likely be back but the Cowboys will have to replace a ton of talent this offseason.