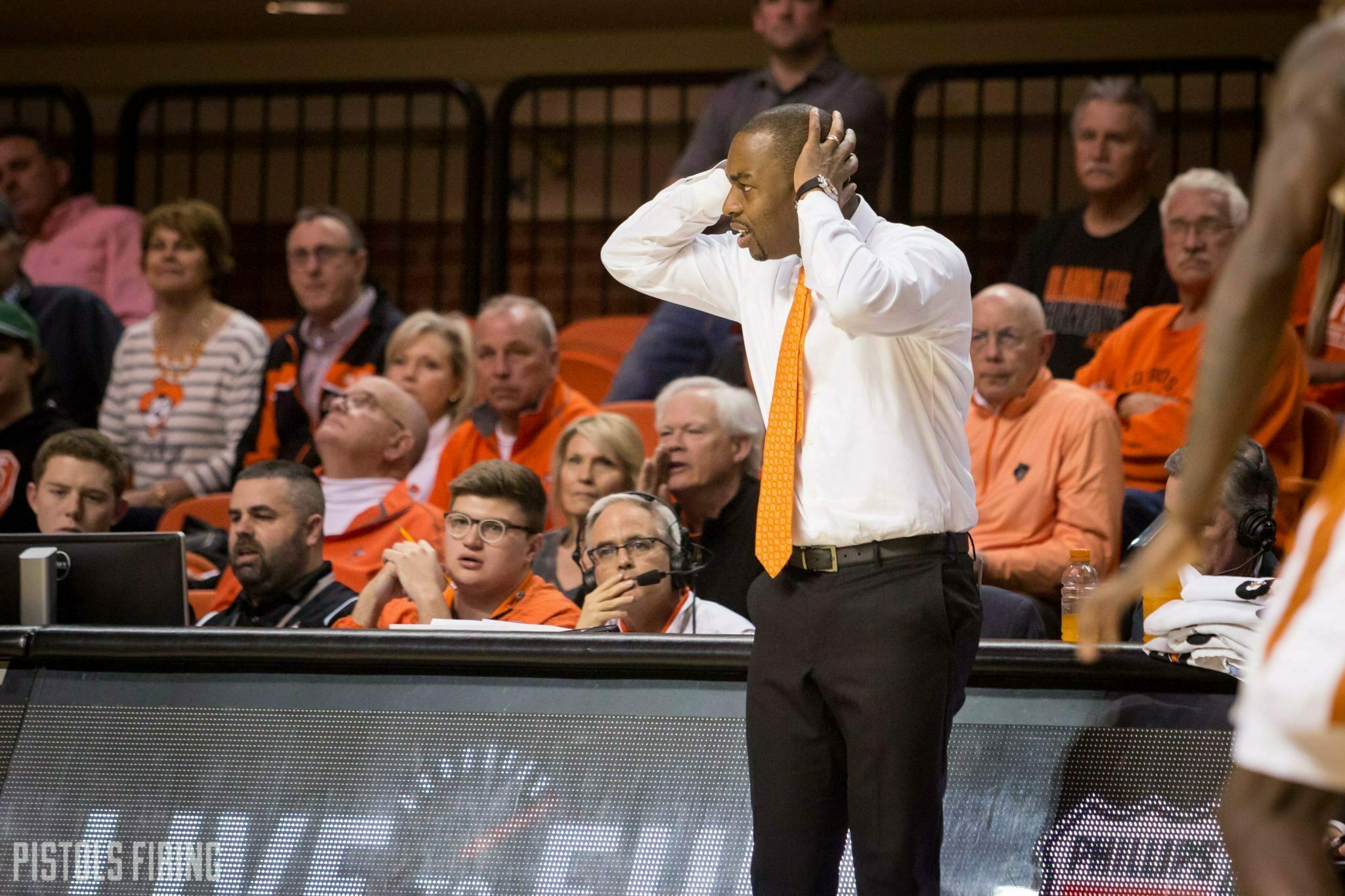 STILLWATER — The Cowboys will go into a matchup with No. 2 Baylor on Saturday still looking for their first league win.

The Oklahoma State basketball team fell to Texas 76-64 on Wednesday night in Gallagher-Iba Arena, pushing the Cowboys to 0-4 in Big 12 play. After shooting 29 percent in their past three Big 12 games, the Cowboys shot 40 percent Wednesday night, but they also allowed Texas to hit 15 3s.

1. Should We Have Seen This Coming?

I don’t know from personal experience, but I imagine winning a college basketball game is a hard thing to do.

The Cowboys’ started the year 7-0, and everyone, myself definitely included, thought this was the best team Mike Boynton had put together in his three years in Stillwater. With that said, it might be safe to say at this point that Brooklyn inflated expectations.

Before that NIT Season Tip-Off victory, the Cowboys played in close games with Oral Roberts, Yale and Western Michigan. Those were also the three lowest shooting percentage games the Cowboys had through their first seven.

OSU was clearly the better team in those games and rightly won because of that, but those contests could’ve been prologues to the struggles this team is facing now.

This is a team with a low floor (the Big 12 start) and a high ceiling (Brooklyn), but instead of playing in the middle of those two extremes, the Cowboys have been at the bottom of the spectrum four games into Big 12 play.

Minutes were well rationed out Wednesday, with some of the teams more experienced guys getting fewer and some freshmen getting more.

Avery Anderson was the only Cowboy positive in the plus/minus at plus-five.

The tides might slowly be changing. Postgame, Boynton gave a great story about early in the season he would scrimmage the freshmen against the experienced guys in practice, and he would go listen to huddles.

“The young guys would say stuff like, ‘Let’s kick their a–,'” Boynton said. “And the older guys would talk about actual basketball stuff.”

The young guys are learning more of the “actual basketball stuff,” as the season has gone on, and it has made them more viable options because of that.

“I don’t give up on kids,” Boynton said. “I don’t believe in it. My job is to help them. That doesn’t mean that they get to continue play as much all the time, but to help them in the best way we can.”

Going along with that, Kalib and Keylan Boone (along with Anderson) were two of OSU’s best players on the court Wednesday.

The Boones have been used somewhat minimally to this point, but after respective outings in this game, it’s going to be harder for Boynton to keep them off the floor.

“With freshmen, the hardest thing for them to understand is how to bring it every day,” Boynton said. “When they are good enough, which (Kalib) is good enough talent-wise, and they figure that part out, you see what you saw from him tonight.”

Yor Anei was the MVP of the NIT Season Tip-Off event in Brooklyn. He dominated toward the end of last season and he entered this year with national breakout potential. Yor Anei has also scored only seven points in the Cowboys’ first four Big 12 games.

In eight minutes against Texas, Anei had no points, no rebounds and three fouls. Seven of his minutes came in the first half. Then he picked up two fouls in the first minute of the second and didn’t return to the floor.

His performance is almost as confusing as this team’s as of late.

“He’s one of those kids who’s probably walking around not hearing a whole lot of positive information right now. He’s the same kid who left New York City with an MVP trophy. I’ve gotta get him to remember who that guy is and that that guy is him.”

5. The Care is Still There

There is some chatter on Twitter and even in The Chamber that the hustle levels have gone down, and to pull a line from Mike Gundy: that’s not true.

There are still players taking charges and diving on the floor for loose balls despite this fourth consecutive double-digit loss. I thought this line from Thomas Dziagwa summed up how much this group, especially the older guys, want to win: