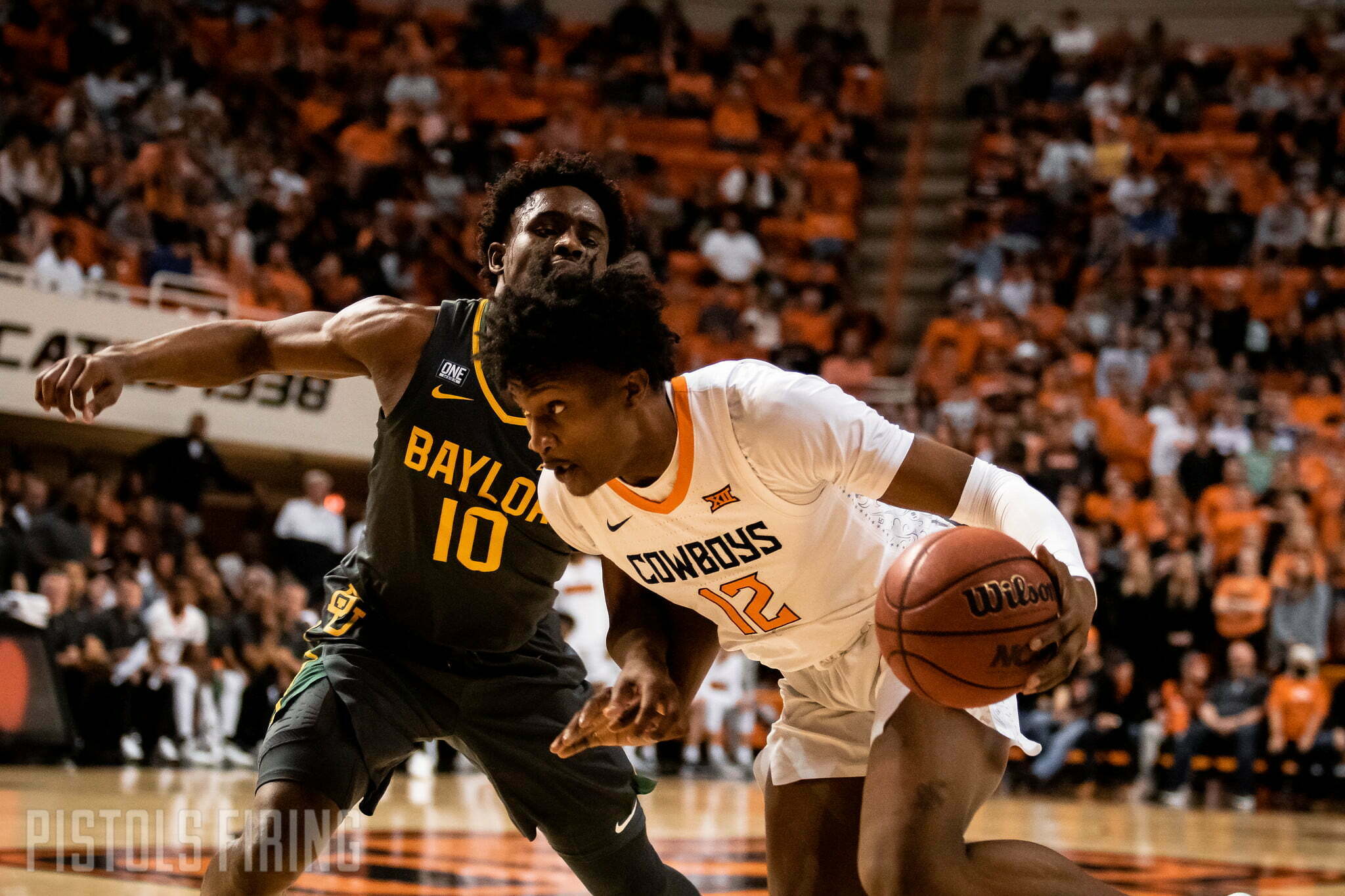 The transfer portal has sucked in another Cowboy as sophomore forward Matthew-Alexander Moncrieffe, a key pick-and-roll partner with Cade Cunningham a year ago who got lost in the rotation in his second season in the program, has entered the portal to explore a potential transfer.

Moncrieffe is one of three Pokes from last year’s roster to hit the portal, joining forward Keylan Boone and guard Donovan Williams.

As a sophomore this past season, Moncrieffe averaged only 4.2 points and 3.9 rebounds while playing fewer than 15 minutes per contest on average. It was a sharp decline in usage and production from his freshman season after averaging 9 points, 5.3 boards and playing 22 minutes per night, the result of a bloated frontcourt that primarily featured 7-footer Moussa Cisse and a power forward rotation of either Kalib Boone or Tyreek Smith.

“Cowboy nation these past two years have been nothing short of amazing for me,” he said on Instagram announcing his deicision. “The brotherhood I’ve built with my teammates, and all the adversity we faced helped make me into a better man. Stillwater and the people here will always hold a special place in my heart. With all that being said my time at Oklahoma State has come to and end as I feel it’s in my best interest to enter the transfer portal.”

Moncrieffe came to OSU as part of the same recruiting class as Cade Cunningham. He committed as a four-star recruit out of Canada and shined as an energizing big who could create and get downhill, scoring efficiently around the rim.

OSU is bringing back most of its frontcourt to pad the loss of Moncrieffe with both Kalib Boone and Moussa Cisse coming back and already committed for 2022. It hurts roster depth on the whole but opens up another scholarship for this offseason, where the staff is likely to try and find options out of the transfer portal.

Only one player is committed to joining the 2022 class as of now — four-star recruit Quion Williams — but with more than 1,100 names in the portal already, there is likely to be a long list of names OSU will target to fill a few spots on the roster ahead of next season.