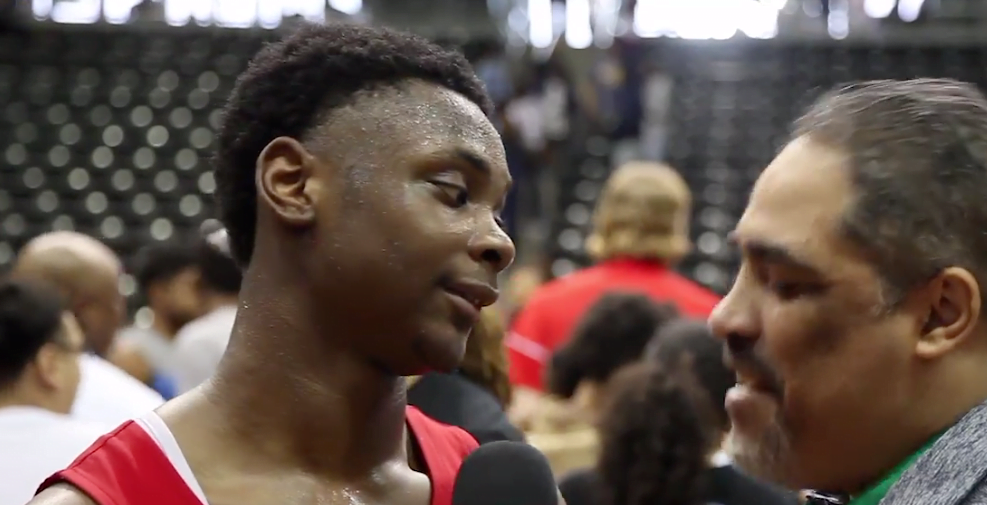 This isn’t a surprise from the South Garland High School product. He made a visit to OSU recently which catapulted OSU into potential frontrunner status. Meanwhile, A&M has stayed involved despite a coaching change. Texas Tech has gotten involved because Chris Beard is a wizard.

Harris’ announcement formally indicates he is nearing a decision. In fact, many speculated it could come as soon as this past weekend. While that obviously did not happen, OSU at least knows who it has to fend off. Given recent developments, this is good news.

Despite his early commitment to the Aggies, Harris got out of his NLI when Billy Kennedy was fired. Since Buzz Williams has taken over in College Station, though, he’s been on a rampage. Last week he landed three commitments in one day from a power forward and two guards — one a junior college shooting guard transfer and another a 6-2 ball-handler from Huntington Prep. If Harris wants to join a logjammed backcourt, A&M is his spot.

Then there’s Texas Tech, who, as Dustin Ragusa and I discussed last week on the podcast, have their own logjam to deal with. Its highest-rated signee, Jahmius Ramsey, is likely to play the same position as Harris at the next level. Then there’s rising sophomore Davide Moretti and rising freshman Kyler Edwards, who last season played big minutes at the shooting guard spot for a Tech team that just played in the national championship game.

Then, of course, there is OSU, a place where Harris is likely to see the largest role immediately. Thomas Dziagwa is back as a senior next season and guards Marcus Watson and Avery Anderson are coming in, but there’s a role to be had as a potential secondary ball-handler or off-ball scorer for him in Stillwater.

Will those roles and projectable spots for Harris make an impact one way or another on where he lands? We will find out soon, it appears. The signing period for hoops begins April 17 and runs through May 15, and we’re likely to know well before it ends where Harris Jr. will land.