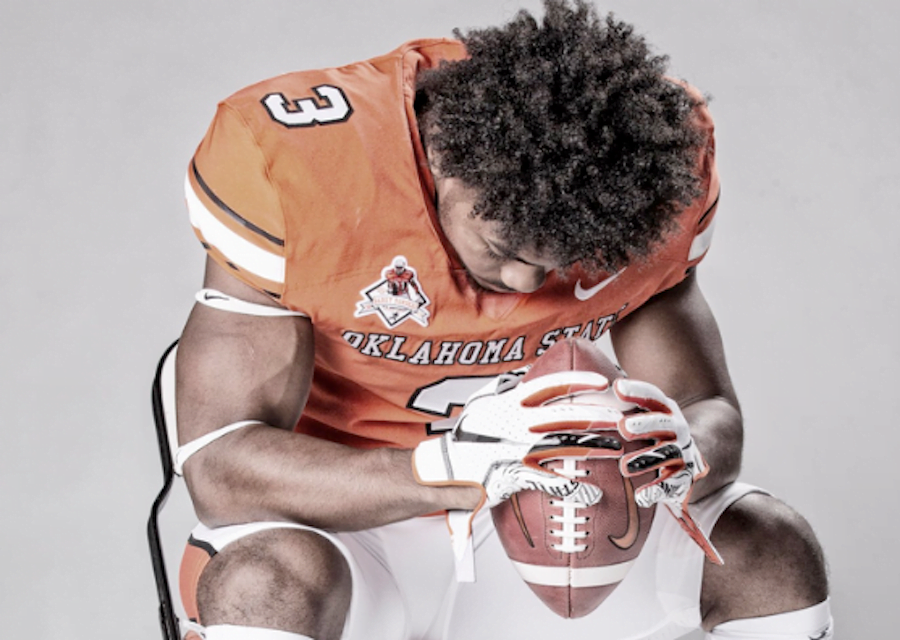 Oklahoma State’s push to land a running back in the 2020 cycle rolled into Bedlam weekend with some interesting developments. Though the Cowboys lost on the field, they were able to bring in two of their top three targets at the position (to watch the beatdown firsthand).

The biggest name on campus was in-state running back Isaiah Jacobs, from Owasso. A three-star recruit, Jacobs holds more than a dozen offers and is considering OSU along with Arkansas, Michigan and Ole Miss. Jacobs’ older brother, Joshua, played at Alabama before being drafted by the Raiders earlier this spring, making Alabama a darkhorse destination here as well. (The Crimson Tide haven’t offered, but they didn’t offer Joshua until signing day.)

The other running back who was on campus, according to The Maven, was four-star running back Kevontre Bradford from Lancaster, Texas. Bradford is a 5-11, 193-pound prospect with nearly 30 offers. OSU offered him back in January and he’s visited several times since then. He’s considering OSU along with Ohio State, Wisconsin, LSU and Nebraska.

Both of Bradford and Jacobs could be legitimate options at running back, but meanwhile, the biggest name of all OSU’s running back targets — Daniyel Ngata — remains undecided. He reportedly was visited by Mike Gundy on Sunday in his home in California.

Ngata is set to commit on Dec. 21 at the Pro Football Hall of Fame World Bowl, which will air on CBS.

Oklahoma State has yet to land a commitment in the cycle at running back and with Chuba Hubbard potentially leaving for the NFL, the position remains a top priority as the early December signing period fast approaches.