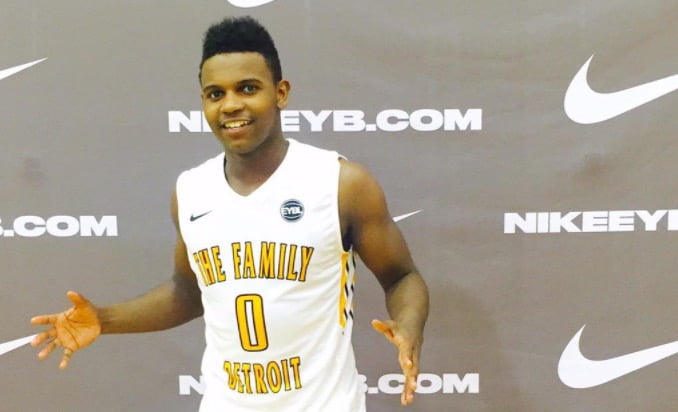 Brad Underwood and his staff have been working their tails off on the recruiting trail, and people are starting to notice. ESPN Top 100 Point Guard Amauri Hardy committed to the Cowboys last week, and ESPN has moved Oklahoma State to no. 21 in their 2017 recruiting class rankings. The Pokes were not previously ranked at any point this fall in the top 40 by ESPN. Here’s what ESPN said about the addition of Hardy and Underwood’s first full class.

Brad Underwood’s first full class at Oklahoma State is built for the long-term. He wasn’t necessarily targeting the one-and-done five-star market, but instead the type of solid and versatile four-star prospects who would be capable of contributing at multiple positions as freshmen and then growing into more substantial roles later in their respective careers. Zack Dawson was the lone ESPN 100 prospect in that group during the early signing period, but the Cowboys recently added a verbal commitment from another ESPN 100 guard in Amauri Hardy to provide them with a big and talented tandem on the perimeter. Both are capable of playing on and off the ball and own the requisite toughness that Underwood puts such a premium on.

Here’s how the 2017 class looks now, with Hardy in the fold:

Whoo boy. That’s a lot of talent coming to Stillwater, folks. Oklahoma State joins fellow Big 12 schools Iowa State and Kansas in the ESPN Top 25 for 2017 classes. Diakite could be an X-factor as well, as he plays at the Canarias Academy overseas and has not gotten a lot of visibility from Rivals, Scouts, ESPN, 247, and others.

If he played in the United States, he’d project around a 3-star forward. Not that recruiting stars matter when it comes to individual players (take a look at Lucas N’Guessan’s impact as a true freshman this year since joining the starting rotation.)

Regardless, Brad Underwood has erased some doubts about his ability to recruit in the Big 12. This year, he retained and brought in the likes of Lindy Waters, Thomas Dziagwa, Cam McGriff, and Brandon Averette, plus the underrated Lucas N’Guessan pickup (Diakite could be a similar sneaky grab in 2017).

We all knew he could coach, but Underwood and Co. are getting dudes, which is a frightening trend for the rest of the Big 12.