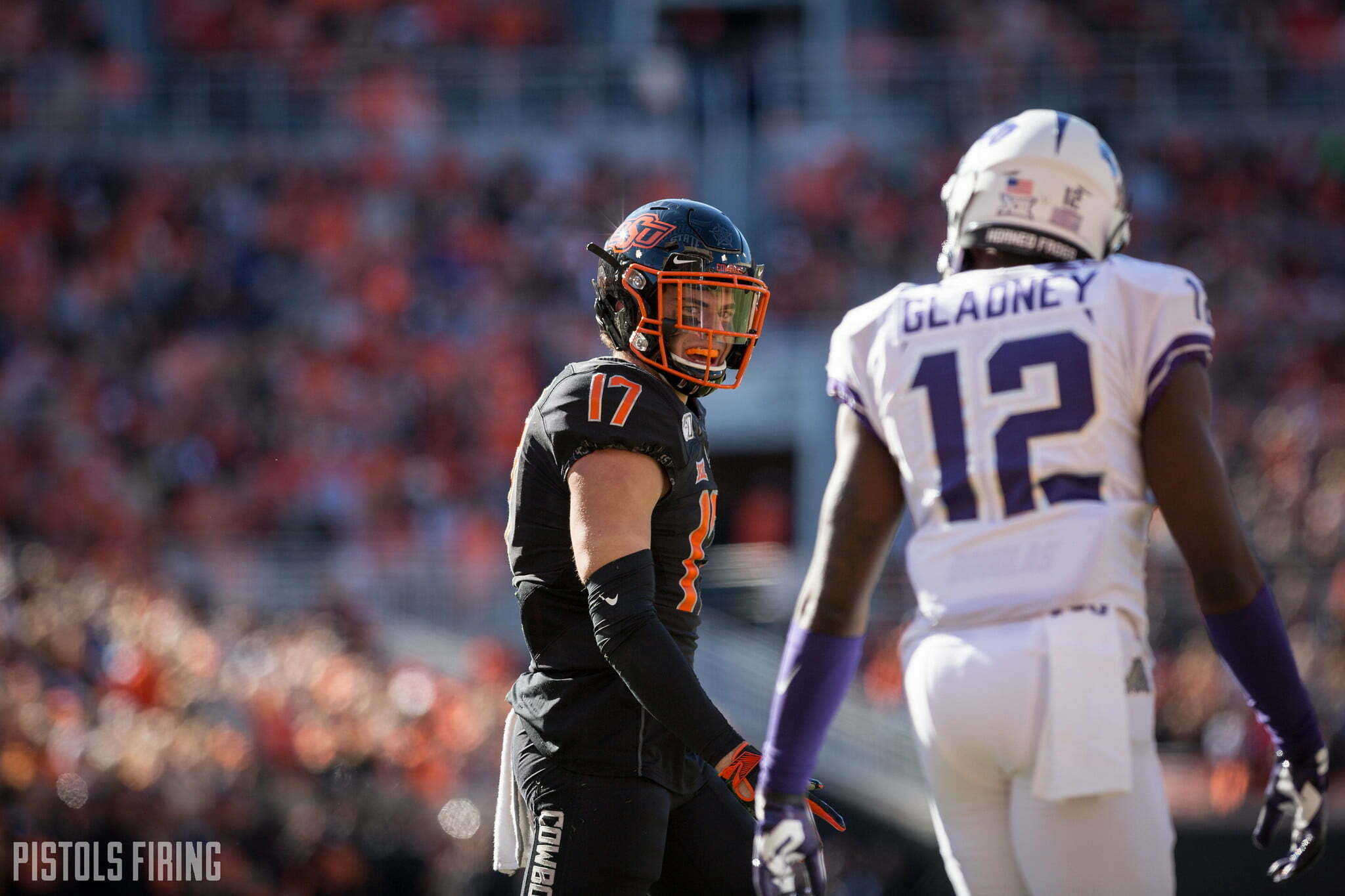 On Tuesday night, the College Football Playoff committee announced its opening rankings for the 2019 season and, wouldn’t you know it, Oklahoma State made an appearance.

OSU landed at No. 23, one of four Big 12 teams in the initial rankings, along with Oklahoma (No. 9), Baylor (No. 12) and Kansas State (No. 16). That list did not include a certain team previously purporting to “be back.”

This is not meant to be Texas bashing (but I know it'll be viewed that way). Never would have believed 4 Big 12 teams in #CFBPlayoff rankings & Horns not one of them.

I think this is an appropriate time to bring up that Chuba Hubbard averages more rushing yards per game than Nos. 2 through 4 on that list.

The Cowboys have been absent from the AP and Coaches polls since their Week 6 loss to Texas Tech, but the committee — who has historically strayed away from the other two big polls — included the Pokes after their win over TCU.

This is the Cowboys’ first appearance in the CFP Top 25 since 2017 when they finished 19th and made it all the way up to No. 11 in the first ranking (Week 9) that season. The highest OSU has ever climbed according to the committee was No. 6 after starting 10-0 in 2015.