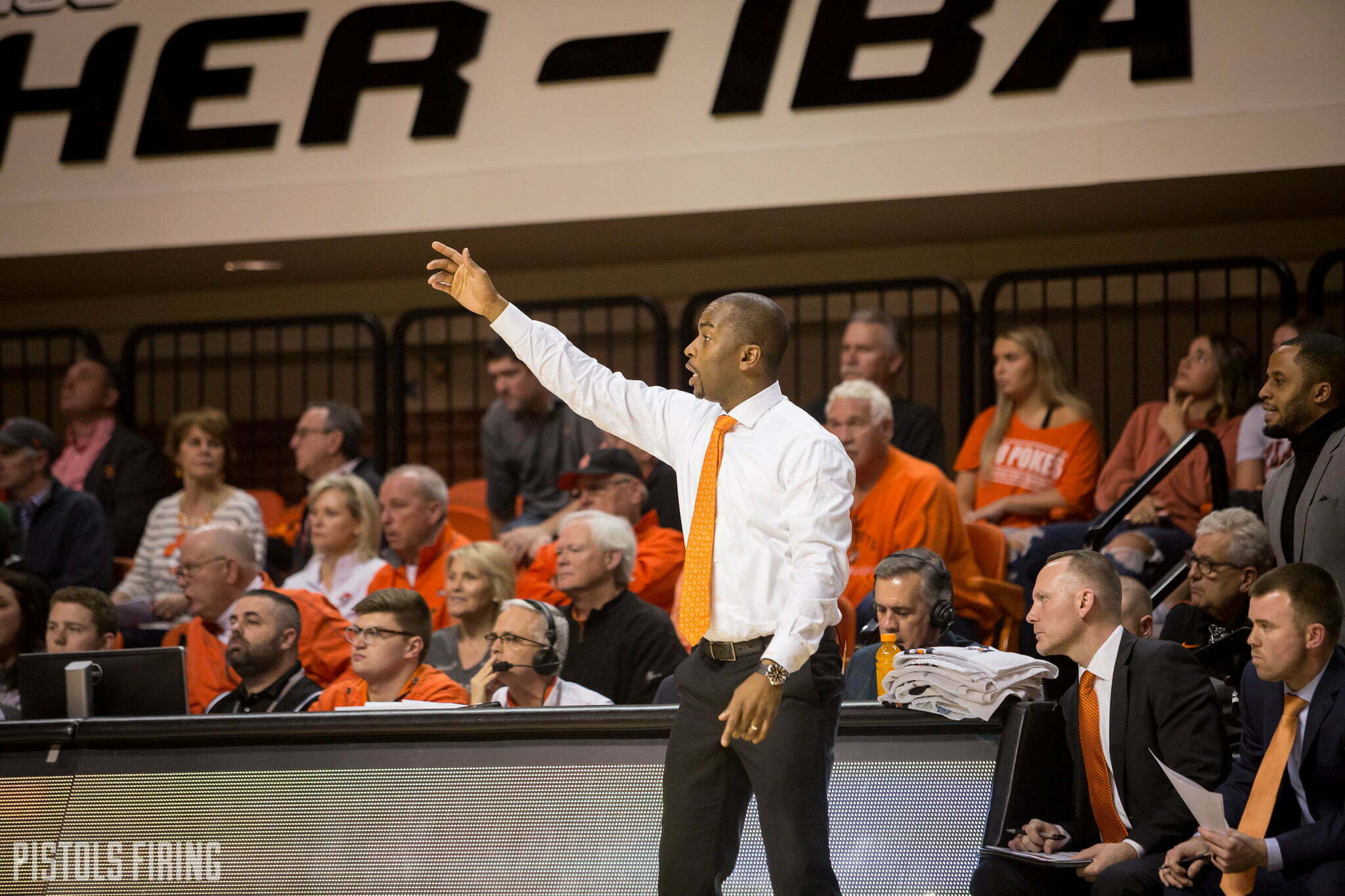 Mike Boynton’s 2021 class has yet to take shape, but there are a lot of big fish in Boynton’s pond.

Five-star standout Aminu Mohammed has garnered Oklahoma State interest, according to Stock Risers’ Jake Weingarten. Here is a breakdown of Mohammed as a prospect.

Mohammed is from Washington D.C., but he plays his preps ball at Greenwood Laboratory School in Springfield, Missouri.

Depending on the website, Mohammed is listed at either 6-foot-3 or 6-4. More drastically, a few places list him at 175 pounds, but ESPN lists Mohammed at 190 pounds.

Jerry Meyers, 247Sports’ director of basketball scouting, projects Mohammed as a future first round NBA Draft pick and compares his game to that of Miami Heat forward Justise Winslow.

Not long for a wing but has a big, strong build. Can overwhelm opponents with strength and athleticism. Plays with great energy. Competes everywhere on the court. Good ball handler and passer. Scoring off the dribble is his greatest strength. Developing long range shooter. Quality rebounder and defender. Should develop into an first-round NBA draft choice. [247Sports]

Mohammed is a little more lowkey on social media, being easily found on Instagram but not Twitter, so that could make his recruitment a difficult track.

Despite being in the next class up, Mohammed’s process seems to be in its early stages.

Mohammed is a five-star talent according to ESPN, Rivals and 247Sports’ composite ranking, but 247Sports itself has him as the highest-rated four-star prospect in the 2021 class.

ESPN is the highest on him, ranking him 10th nationally, that ranking matches that of his 247Sports composite score.

He has always been around the top 10, debuting in the composite rankings at No. 9 on Nov. 28, 2018. That’s the highest he has been in the rankings, and the farthest back he has been is 15th.

Here is where he stands in each of the major rankings: