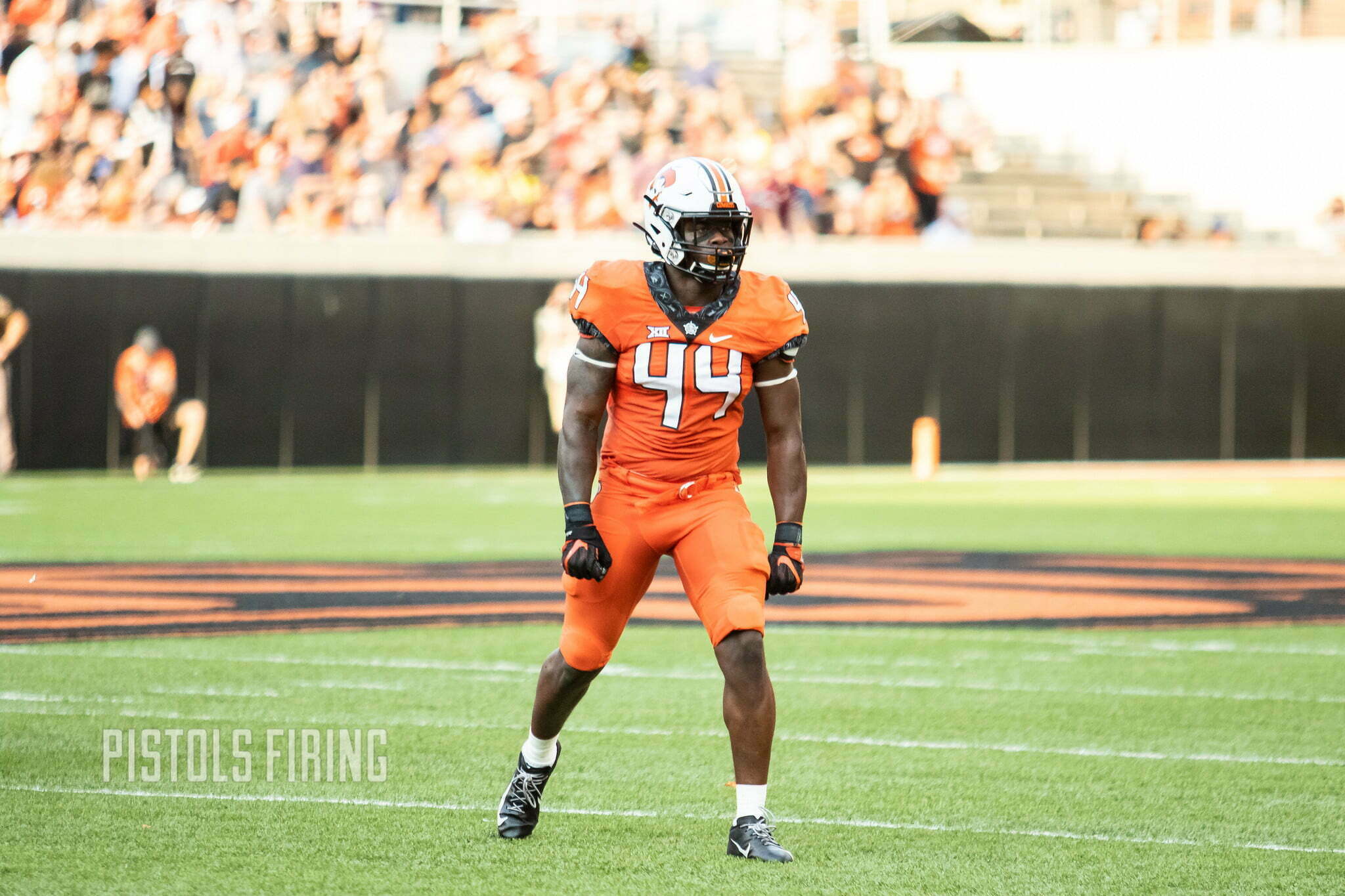 With Devin Harper and Malcolm Rodriguez chasing NFL dreams, Oklahoma State has to reset at linebacker in 2022, and the Cowboys got a little thinner at the position Monday.

Kamryn Farrar, a redshirt junior linebacker, entered the transfer portal, according to 247Sports’ Cody Nagel. Farrar played in all of OSU’s games last season where he recorded 13 tackles and 2.5 sacks. Farrar was expected to play a role for the Cowboys in 2022, fighting for snaps against the likes of Mason Cobb, Xavier Benson and Lamont Bishop.

Farrar joined the Cowboys as part of the 2019 recruiting class out of Dallas Skyline. A three-star prospect, Farrar picked OSU over offers from Colorado, TCU and others.

He retained a redshirt in 2019 while playing two games and recording a tackle. As a sophomore in 2020, Farrar recorded six tackles in 10 games including a four-tackle outing against Kansas. He played in every game this past season where he had 13 tackles and the 2.5 sacks. He had 1.5 sacks against TCU.

This week brings what will be the final wave of the transfer portal for football this cycle. Players have until May 1 to enter the portal, and after spring ball wraps up for programs across the country, some will elect to hop into the portal to see if pastures are greener elsewhere.

If Farrar does leave Oklahoma State, expect a heavy dose of Cobb, Benson and Bishop at linebacker next season. Guys such as Jeff Roberson, Nickolas Martin and Donovan Stephens could also make an impact.