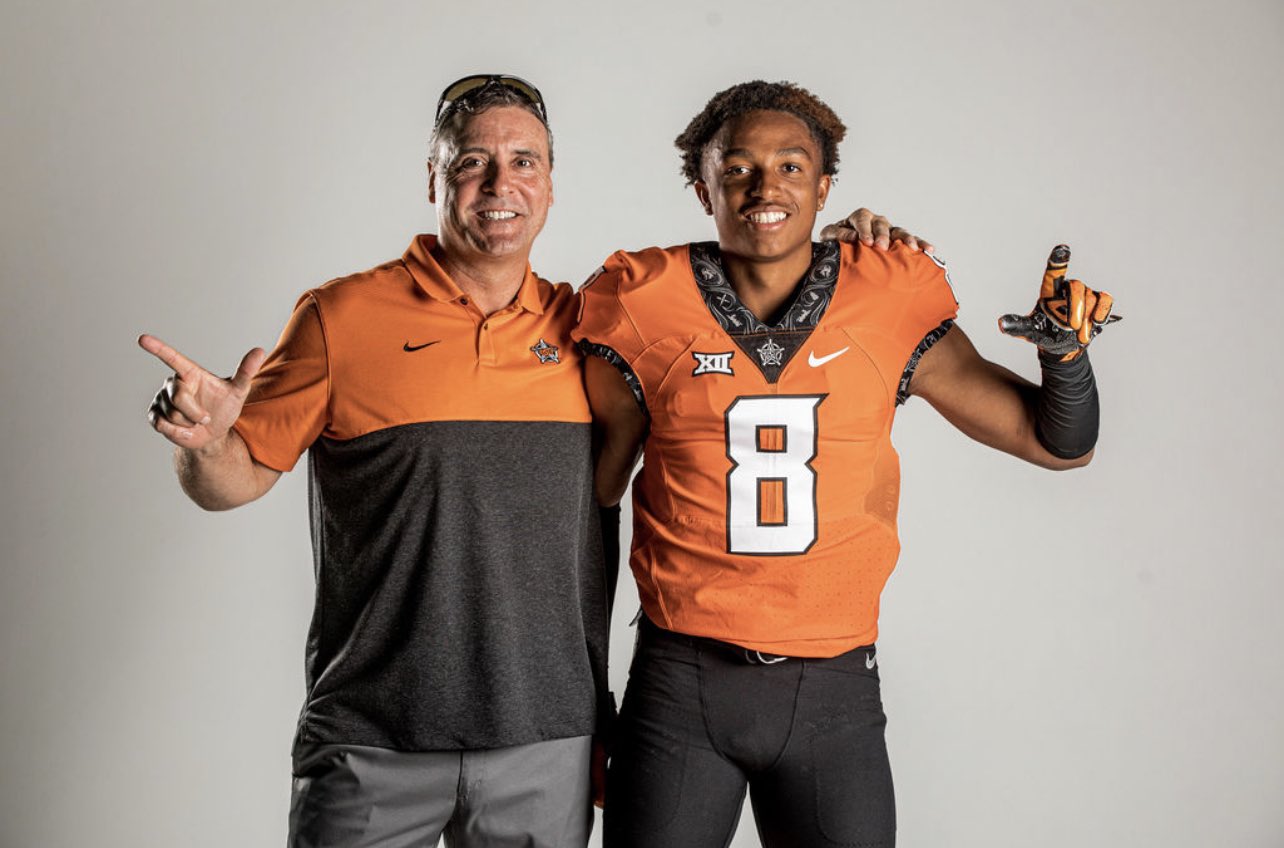 A week after the Cowboys made the top lists for three different 2023 Texas prospects, they’ve made the cut for another.

Four-star defensive back Jordan Sanford announced his Top 9 on Wednesday night, and OSU was on it. To go along with Oklahoma State, Sanford included Michigan, Utah, Washington, Northwestern and Vanderbilt as well as in-state schools TCU, Texas Tech and SMU.

Listed at 5-foot-11 and 185 pounds, Sanford hails from Mansfield Timberview in Arlington, Texas. Last season, he recorded 34 tackles, a tackle for loss, a sack and a forced fumble. And Sanford was a nuisance against opposing QBs, racking up seven pass breakups and a pair of interceptions.

He’s also a track star that earned a regional championship in the 100-meter dash this spring. There’s video evidence of both Sanford’s speed and playmaking ability below.

He got his first scholarship offer from Arkansas last December 2 and the list grew quickly from there with Pistol Pete throwing his hat in the ring March 8. Sanford visited Stillwater on an unofficial basis April 2. He boasts 17 offers and counting.

Sanford is currently ranked as a four-star prospect and No. 27 safety in the class according to 247Sports. The site’s composite rankings list him as a three-star and the No. 40 safety in the 2023 cycle.

The Cowboys currently have seven commits for 2023, but no safeties yet. Based on his composite score of .8810, Sanford would be the Cowboys’ highest-rated commit if he were to pledge at time of writing, and would push the Pokes up the class recruiting ranks from No. 27 to 17th.

Have a peek at Sanford’s junior season highlights.