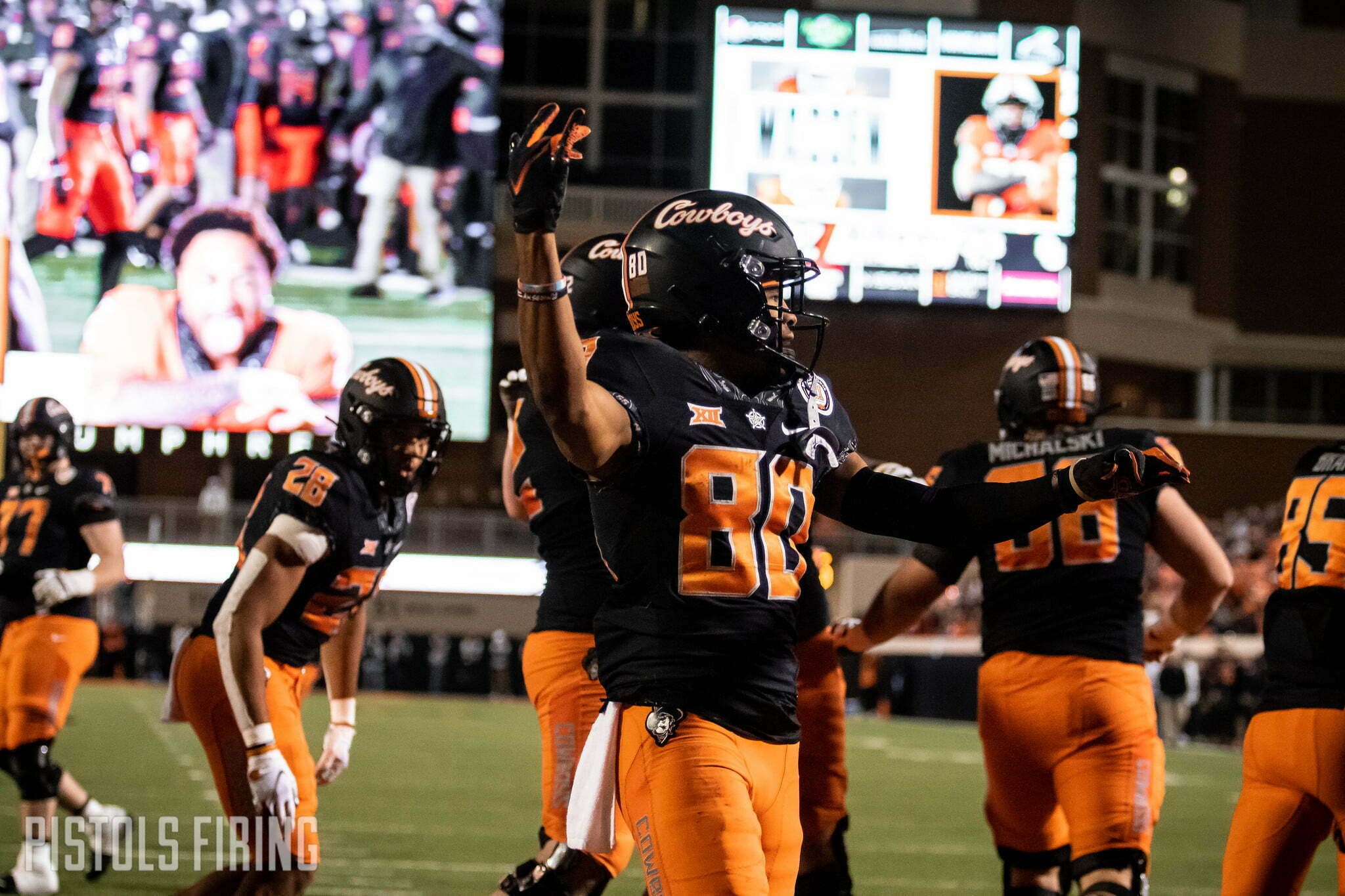 Oklahoma State slayed the Crimson dragon in Stillwater on Saturday night and now looks forward to a meeting with Baylor for a Big 12 crown.

Here’s a look at the full ranking.

Elsewhere around the current and future Big 12, Oklahoma dropped three spots to No. 13 after losing to the Pokes while Baylor remained at 9 after holding off a surging Texas Tech team.

The Ohio State loss caused Cincinnati to move up one spot to No. 3 behind Georgia and Michigan. BYU moved a spot to 12 and Houston climbed three spots to 16. The Bearcats and Cougars will square off for an American Athletic title on Saturday.

The ranking that really matters comes out on Tuesday night when the College Football Playoff committee will show its hand on how it feels about the Cowboys. It’s at least encouraging that in both the AP and Coaches poll, the Cowboys leapfrogged Notre Dame.

That shouldn’t be a surprise but, if the committee feels the same, it will be one more step toward OSU making the Final Four. The Cowboys have another Top 10 match with the Bears in Arlington on Saturday and a chance to add a Big 12 title data point.