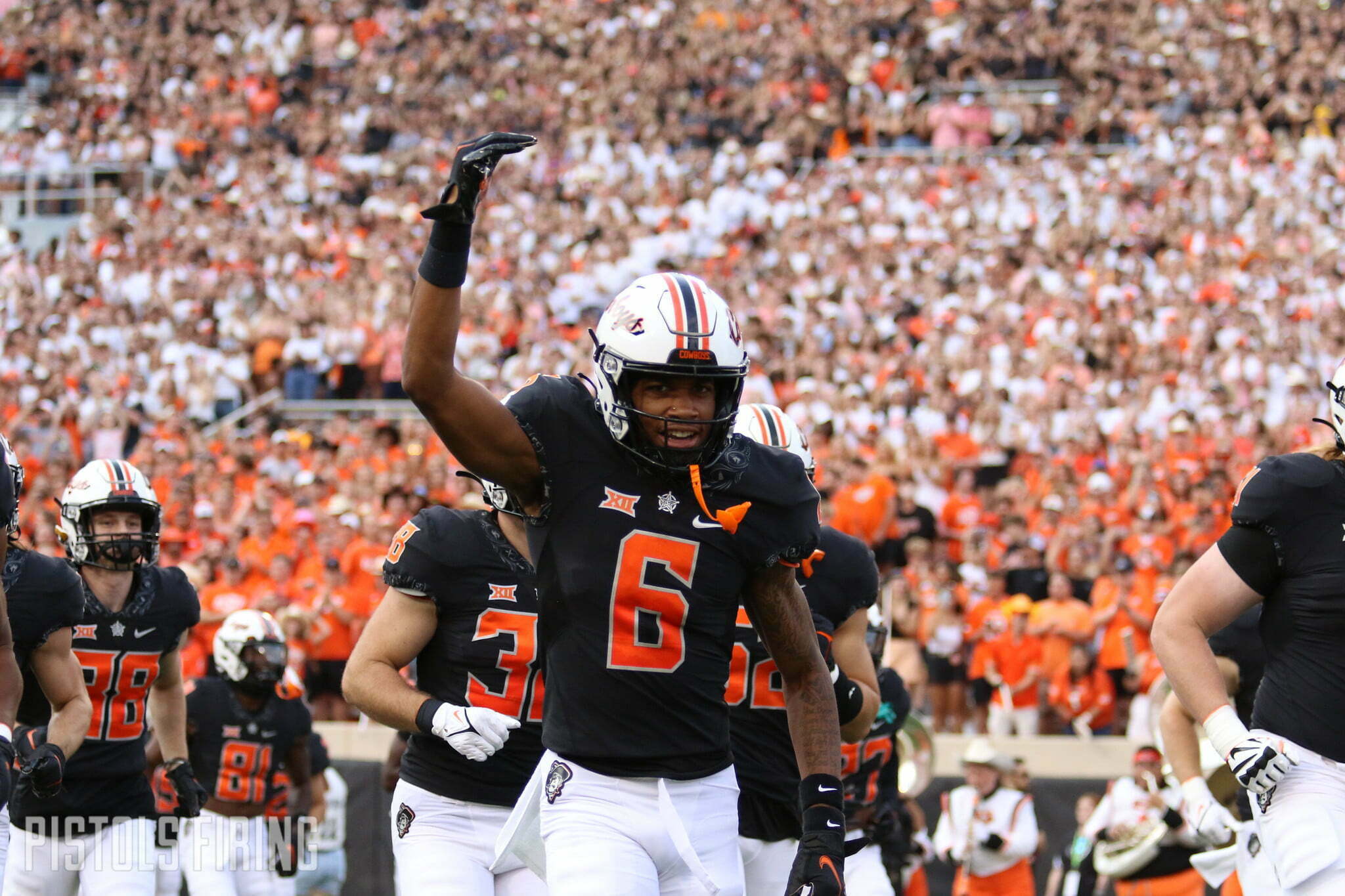 A 34-17 win over Arizona State on Saturday shot Oklahoma State up three spots in the latest Coaches Poll from No. 10 all the way to No. 7. The Cowboys were one of the biggest beneficiaries of a wild day in the sport Saturday in which four unranked teams toppled ranked teams, as they moved past Baylor, Texas A&M and Notre Dame in the updated top 10.

OSU sits behind only rival Oklahoma among Big 12 teams in the Coaches Poll following Week 2 action. OU moved up from No. 7 to No. 6 this week after torching Kent State 33-3 on Saturday. Baylor fell to No. 19 after falling to BYU, while Texas moved up two spots to No. 20 despite losing to Alabama.

The No. 7 ranking for OSU is the highest of the season in the Coaches Poll after opening the year just outside the top 10 at No. 11.