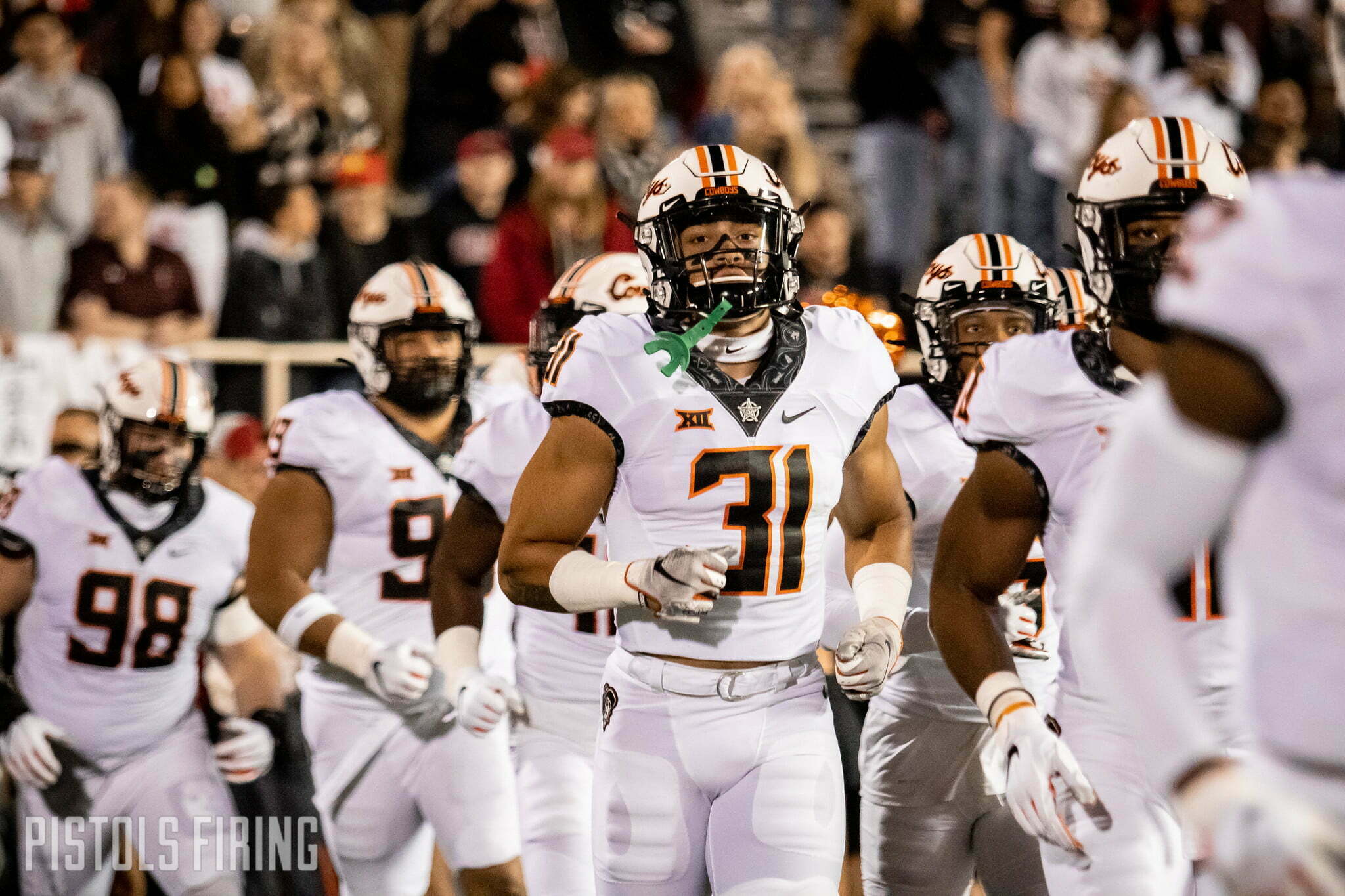 Oklahoma State flexed its defensive muscle once again on Saturday, returning from Lubbock with its first shutout of a Power 5 opponent since 1995. (On that trip the Pokes were returning from Norman.)

It seems like the College Football Playoff committee actually was watching. The win, plus losses OSU moved from No. 9 to No. 7 in this week’s ranking. With Oklahoma’s step up from 13th to 10th, it will make for a Top 10 Bedlam tilt in Stillwater this weekend. This is the highest OSU has been ranked since landing at No. 6 in Week 11 in 2015.

“With two big games still ahead of them, potentially,” said Kirk Herbstreit. “If they are able to knock off Oklahoma and get a shot to win a Big 12 championship, it really would be exciting to see what happens ahead of them.” Herbie went on to pontificate about a potential debate between a 12-1 Cowboys squad versus an undefeated Cincinnati. Moments later, the Bearcats were included in the Top 4.

FYI, OSU has already clenched a spot in the Big 12 title game, but a loss on Saturday would probably preclude the Pokes from a Final Four bid, regardless of whether or not they bring home hardware from Arlington. With a win on Saturday, the Cowboys will have a chance to earn two Top 10 wins.

Three teams are still in the hunt for a Big 12 title and all three landed in the committee’s Top 10.

Mike Gundy called it after his team’s road win over Tech.