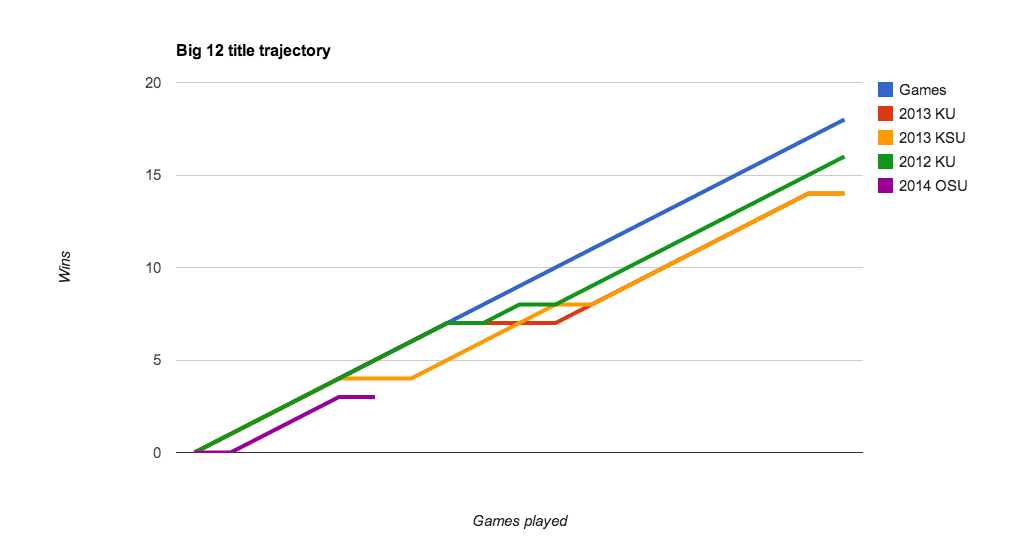 I stole this idea from a Premiere League chart I saw over the weekend but I thought it would be interesting to apply to the Big 12 title race.

The chart above shows their win trajectories for the entirety of the Big 12 season. The blue line is perfection (18-0), the green line is when KU went 16-2 in 2012 and the orange and red lines are KU and KSU from last year. The purple line is the trajectory OSU is on this season.

Obviously my sample is smaller than I would like but none of the three lost as early as Oklahoma State but all three had midseason mini-slumps, something OSU clearly can’t afford this year.

I still think OSU can win the conference but as you can see from the chart above it kind of needs to win out or only lose one (maybe two) more games. With Iowa State twice, Baylor twice, OU twice, and Kansas at home, I’m not sure that’s going to happen.