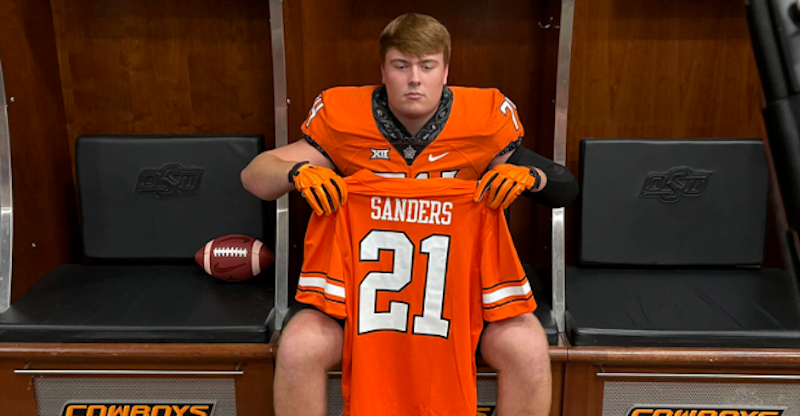 Three-star offensive line recruit Bray Lynch out of Westlake High School in Austin, Texas, announced Tuesday that he will make his college decision on July 9. Lynch is picking between a final three of OSU, Indiana and Duke.

The 6-foot-4, 280-pound tackle made visits to all three finalists during the month of June which was started by a trip to Stillwater.

Lynch is one of at least three offensive line targets for OSU in the 2022 cycle set to commit in July joining Jacob Sexton and Kelvin Banks Jr. OSU is the favorite to land Lynch, according to the 247Sports crystal ball.

Landing Lynch would give OSU its second commitment at the offensive line position group in the cycle to go with Austin Kawecki, who chose OSU within the last week. Lynch’s commitment would push OSU into the top-20 of the national recruiting rankings if all holds true until July 9.