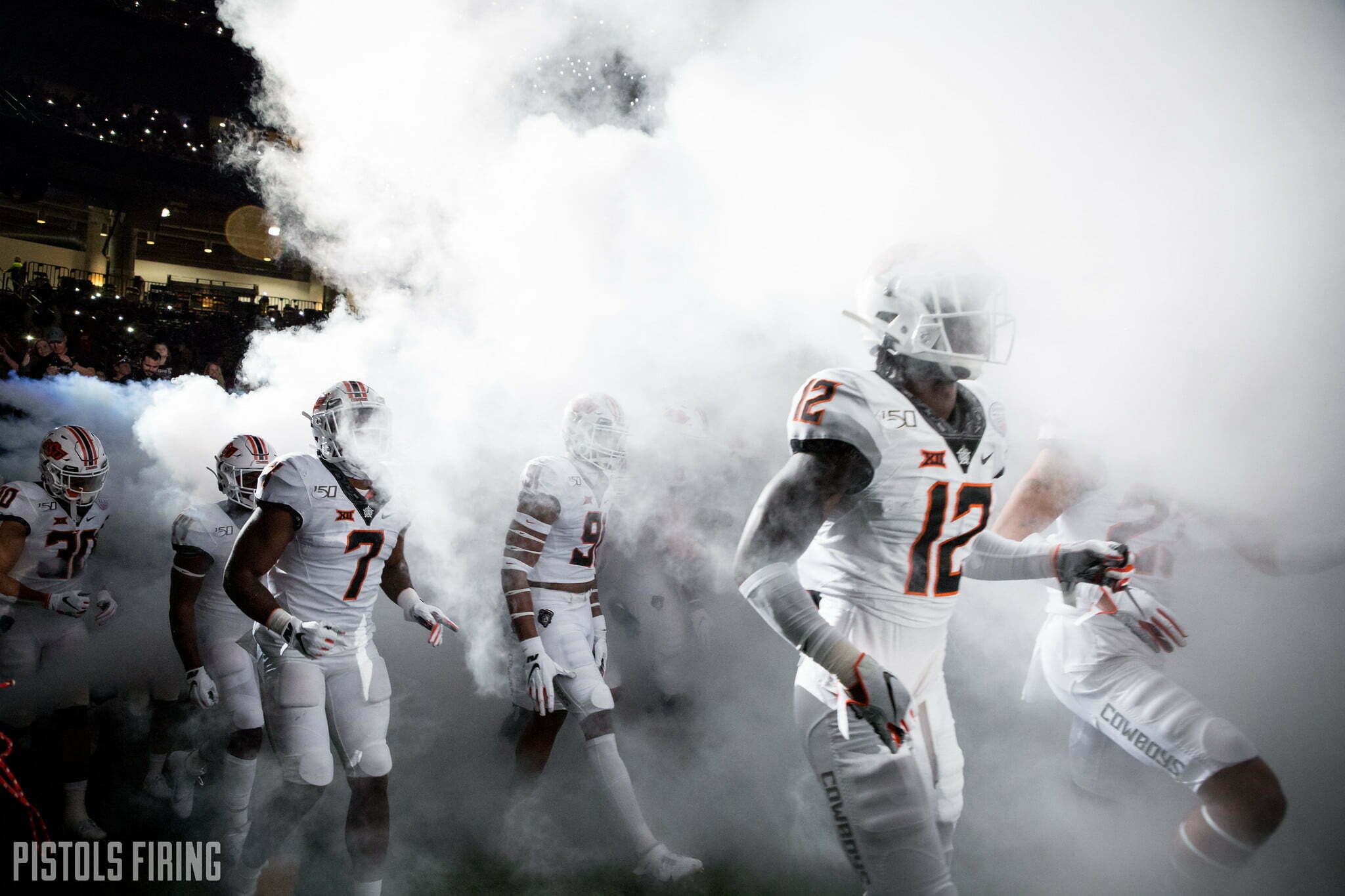 Oklahoma State is always looking to add more talent and size to its offensive line, and that quest has taken OL coach Charlie Dickey to Missouri City, Texas.

On Tuesday, 2022 offensive tackle Calvin Harvey announced a scholarship offer from the Pokes, the 10th school added to his offer sheet.

A look at his highlight reel conjures up two words: big and mean. The 6-foot-8, 330-pound tackle was a man among boys on the field for Ridge Point High School (Missouri City, Texas) last year. He constantly bullied defenders, most of which ended the play on their backs.

Harvey is also a former teammate of current OSU freshman receiver John Paul Richardson. The two helped lead Ridge Point to the Texas Classis 6A-I quarterfinals and an 8-3 record in 2020.

Harvey is the a three-star prospect, according to 247Sports composite ranking, and comes in as the No. 144 OT in the class and No. 189 from the state of Texas. Rivals also views Harvey as a three-star talent.

Mike Gundy’s 2022 class is currently ranked 30th in the nation, according to 247, and sixth in the Big 12, with an average rating of 0.8776. As things currently sit, adding Harvey would push the Pokes to up to No. 29, leapfrogging Florida.

OSU’s offer comes a bit later to the party, coming just over a month after Harvey verbally committed to Louisiana Tech. But the Cowboys can claim to be his first Power Conference offer and set his total list to 10 to include the likes of Houston, SMU, North Texas and others.