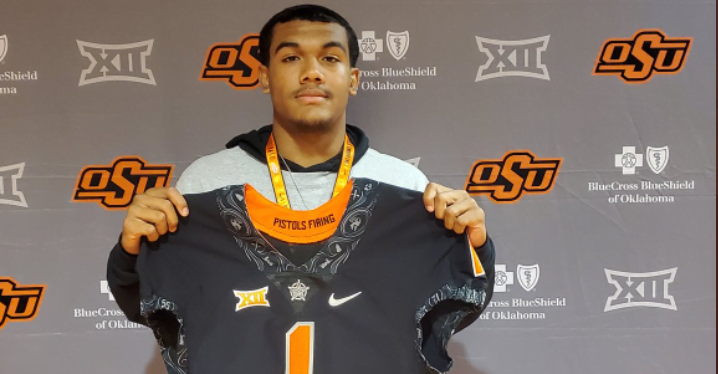 Willie Nelson — the 5-foot-10 teenage cornerback, not the pot-smoking musician — reported a new offer this week from Oklahoma State on Twitter along with teammate (and four-star running back) Taylor Tatum.

Nelson is a 2024 prospect from Longview, Texas, who for now is unranked — but not likely for long. The Pokes join OU, SMU, UTSA and Incarnate Word in offering a scholarship in recent weeks on the heels of a breakout sophomore season in which he brought down eight interceptions as one of the fastest rising shutdown corners in the Lone Star State.

As with most prospects on OSU’s radar, Nelson is a multi-sport phenom who also happens to excel in track. He recently reported a 10.97 in the 100M dash and is racking up medals with Longview in relay and long jump as well.

Tatum (5-10, 195) is also a 2024 prospect who has risen into the top-200 of the national rankings as a four-star standout after rushing for nearly 800 yards as a sophomore with Longview last season. Baylor and Houston are among the many vying for his services, though clearly he’s going to be a name of national interest in short order.

OSU hosted Tatum on campus last fall and is early on teammate Willie Nelson which could help the Pokes in their apparent quest to land this packaged deal out of Longview. Early on in the evaluation period, this is a smart move by the staff to try and work ahead and start pitching the idea of potentially bringing both in together.