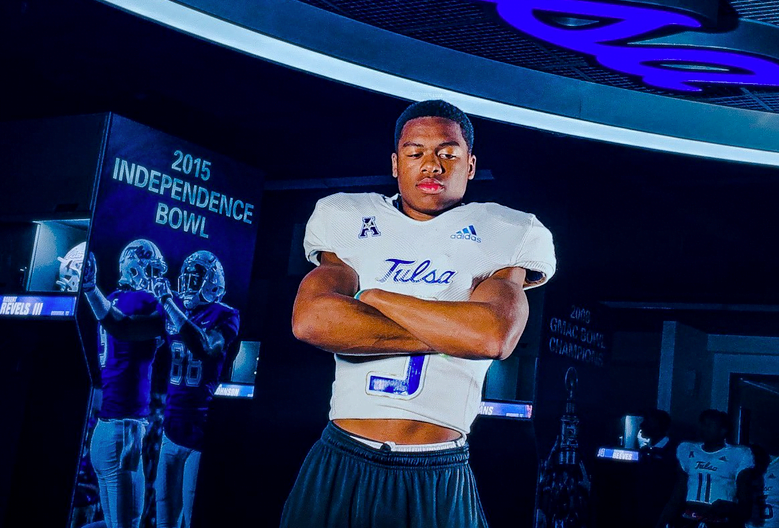 Oklahoma State is the first Power Five program to offer Jaden Nixon, but based off his impressive junior season highlight reel, the Cowboys won’t be the last.

Nixon, an unranked 2021 running back out of Frisco-Lone Star, announced an OSU offer Wednesday, as Mike Gundy and Co. joined the likes of Texas State, Air Force, Army and Louisiana. Nixon has already been on OSU’s campus. He was in Stillwater in early February. That could be a big deal considering no one knows when prospective student athletes will be able to take visits again.

Nixon is a shifty back listed at 5-foot-10, 170 pounds. He is an impressive traditional runner, but he also has the ability to catch the ball out of the backfield, a trait that has become more and more a necessity, especially for a back of Nixon’s stature.

“Well honestly I was shocked and surprised,” Nixon told SI of his offer. “Since today was April 1 I thought it was a joke but at the same time, I was hype. Not something everyone gets so it’s truly a blessing. Coach Wozniak just called me up and let me know after what the deal was.”

As of now, OSU has just one commit in the 2021 class: linebacker Kolbe Fields out of Louisiana. Nixon is the 10th running back in the class OSU has offered, according to 247Sports.

It’s still early, but the Pokes’ 2021 class is last in the Big 12, as OSU is the only program with a single commit.