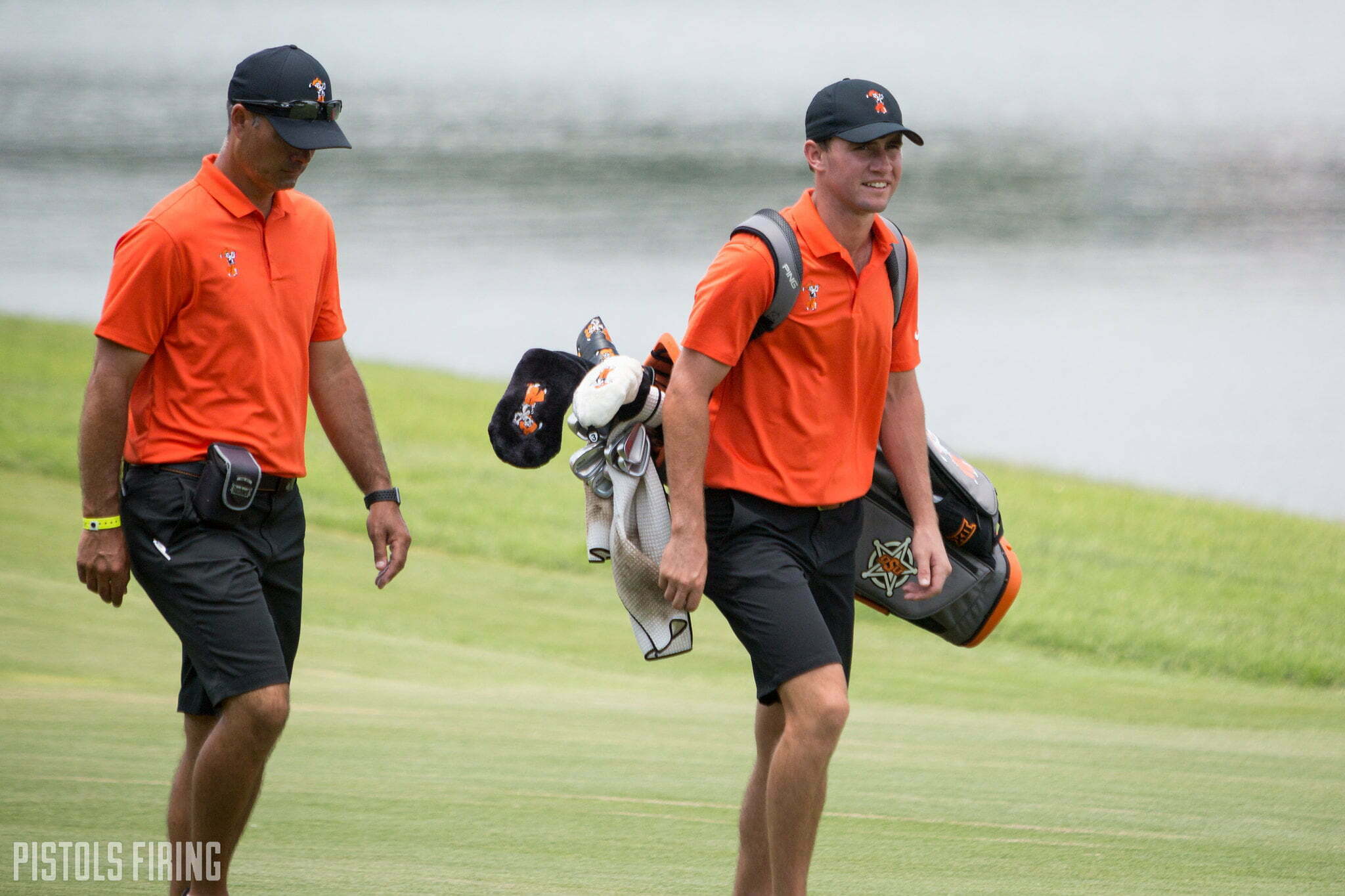 Bo Jin and the Cowboys are holding their leads after three days at the NCAA Championships.

Oklahoma State is the only team below par through three rounds with their 12-under 828. Oklahoma is in second at 1-over 841.

It was a particularly good day for OSU junior Austin Eckroat. He shot a 3-under 67, a score tied for the second-best round of the day among all participants. The round moved Eckroat up 21 spots on the individual leaderboard, and he is now tied for 12th at the event at an even-par 210.

As good as Eckroat was Sunday, he is third among OSU golfers on the individual leaderboard through three rounds.

Bo Jin, a true freshman, has a two-stroke lead on the field entering the final round after scoring a 1-under 69 Sunday. He is 9-under for the tournament.

Sophomore Eugenio Lopez-Chacarra has had a sneaky good tournament thus far. He shot 2-under Sunday and is tied for eighth at 3-under for the tournament.