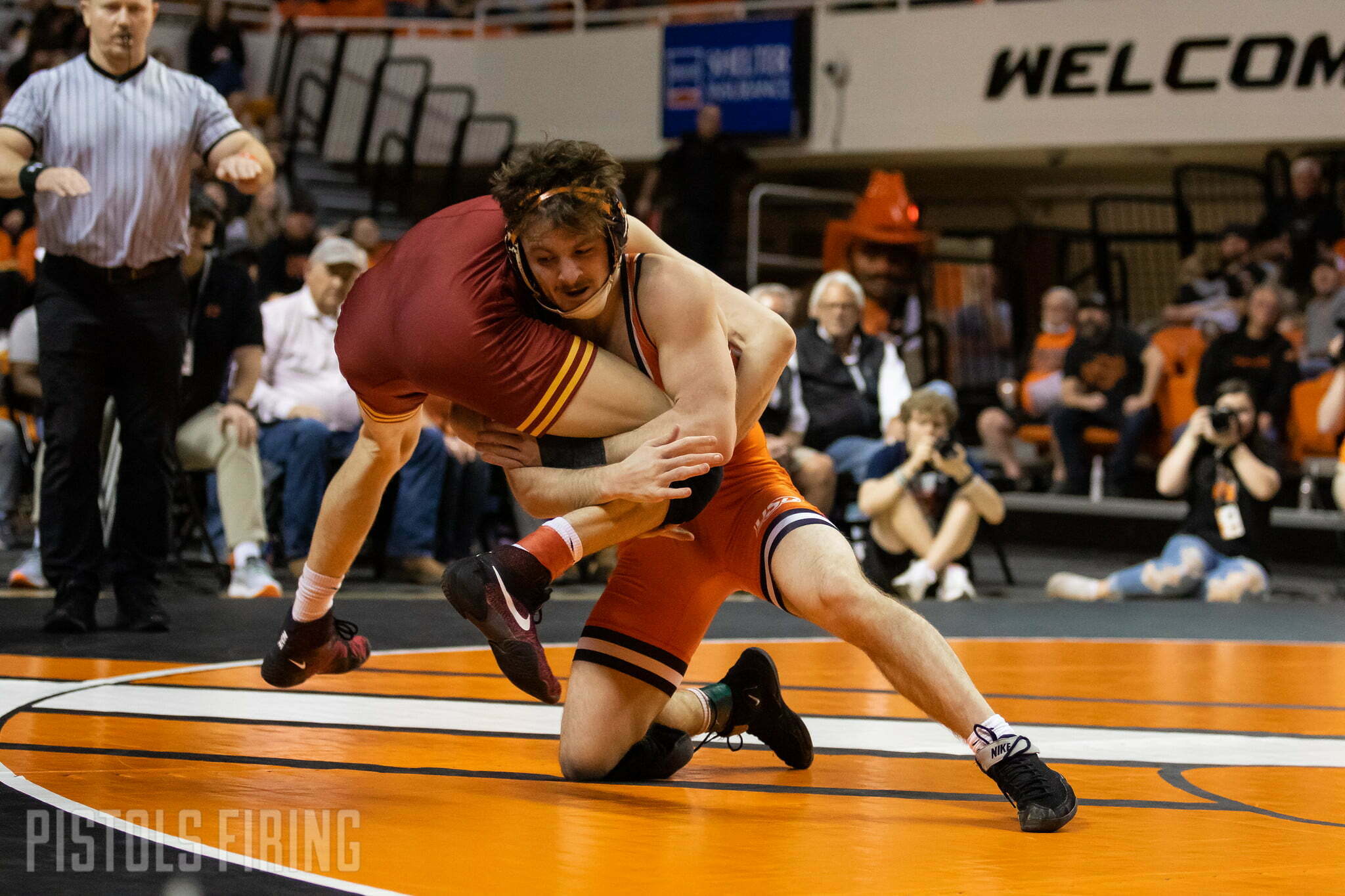 TULSA — Four Cowboys are headed to the Big 12 Tournament finals and three to placement matches, but OSU slipped to third place in team points during the tourney’s second session on Saturday.

Trevor Mastrogiovanni started things out for the Cowboys vs. West Virginia’s Killian Cardinale. The match was all Cardinale as he racked up a ton of riding time and picked up a few takedowns to beat Cowboy sophomore 9-2.

Daton Fix put OSU back in the win column with another bonus point win at 133, a major decision over Iowa State.

Northern Iowa took over the team lead for a bit, but a string of head-to-head wins for Oklahoma State over the Panthers vaulted OSU back into first. Kaden Gfeller wrestled through a few tough calls to get an 11-5 decision over Colin Realbuto while Carter Young simultaneously beat Cael Happel in a consolation match. This was followed up by Dustin Plott avenging his dual loss to Lance Runyon with a 3-1 decision.

Luke Surber put together one of the most impressive runs of the tournament. He avenged three regular season losses to make the finals beating Tyrell Gordon (UNI), Zach Elam (Missouri), and Sam Schuyler (Iowa State).

On the consolation side, Wyatt Sheets, Travis Wittlake, and Gavin Stika all took first round consolation losses and were dropped from the tournament in the first consolation round.

Carter Young won one match on the consolation then took on the No. 1 seed Ian Parker, who was upset in the early rounds. Young fell to Parker 5-0. He has a match for seventh place tomorrow to try and get an automatic bid to the NCAA Tournament.

Missouri packaged together a good round across the board and though the Cowboys led the tournament at the end of the semifinals, Missouri and Oklahoma’s work on the consolation side took them over the Cowboys to close out the night.

The Cowboys could come back, but it will take a lot of work on Sunday for them to get back on top and win their 10th straight conference title.