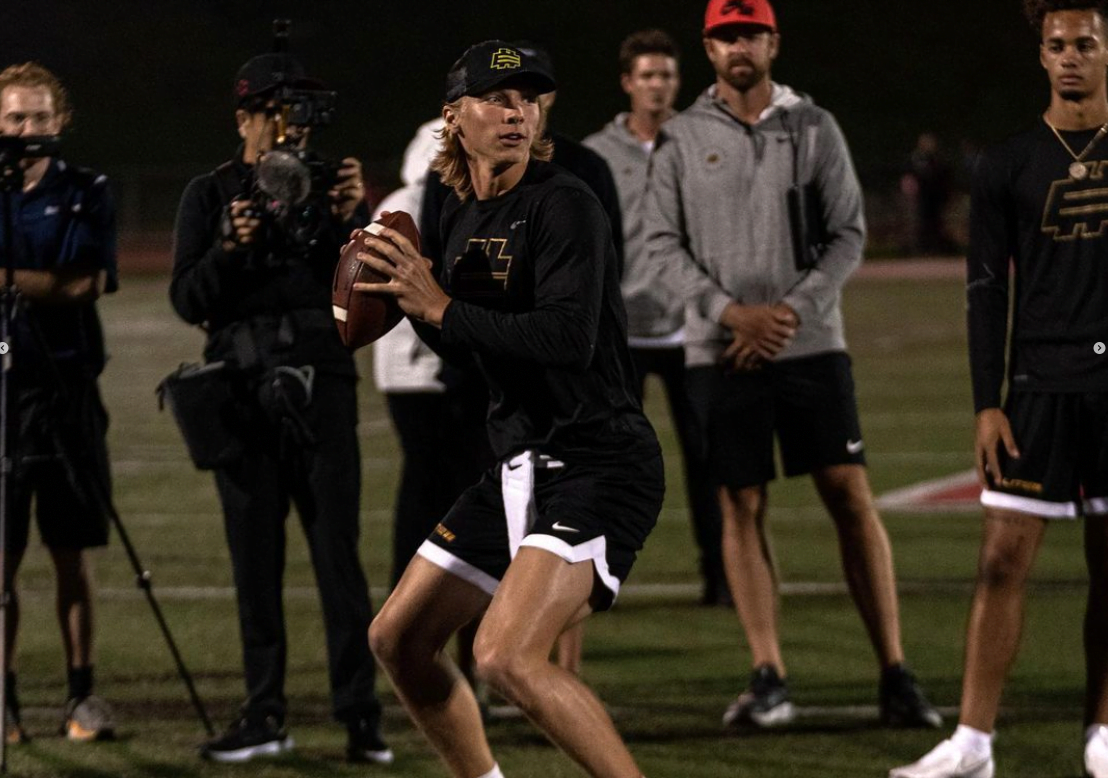 The Elite 11 Finals is officially in the books and OSU quarterback commit Zane Flores — who was mentioned several times throughout the week as a recruit performing as one of the top 11 quarterbacks at the camp — did not finish inside the top 11 when rankings were handed down by the coaching staff at the end of the event.

Flores nonetheless had a very strong week uncorking bombs and showcasing his skills as one of the best arm talents in his class — while being ranked as the lowest-rated prospect in attendance at the prestigious event.

The top 11 quarterbacks were named below. OU quarterback commit Jackson Arnold was consistently a top-two performer all week, and he took home Elite 11 Finals MVP honors.

“It is nice [to have the weight of recruitment off his shoulders], because it was pretty crazy with (schools) reaching out in the spring,” Flores told the Omaha World-Herald this week “But now I can have all my focus on our team and what we need to do to get better. There’s definitely less distractions and it’s not as stressful.”

Flores added: “[OSU] just felt like home, and (the Oklahoma State staff) has been great to me throughout the entire process . . . They’re all great guys and I’m excited to get down there when the time comes.”