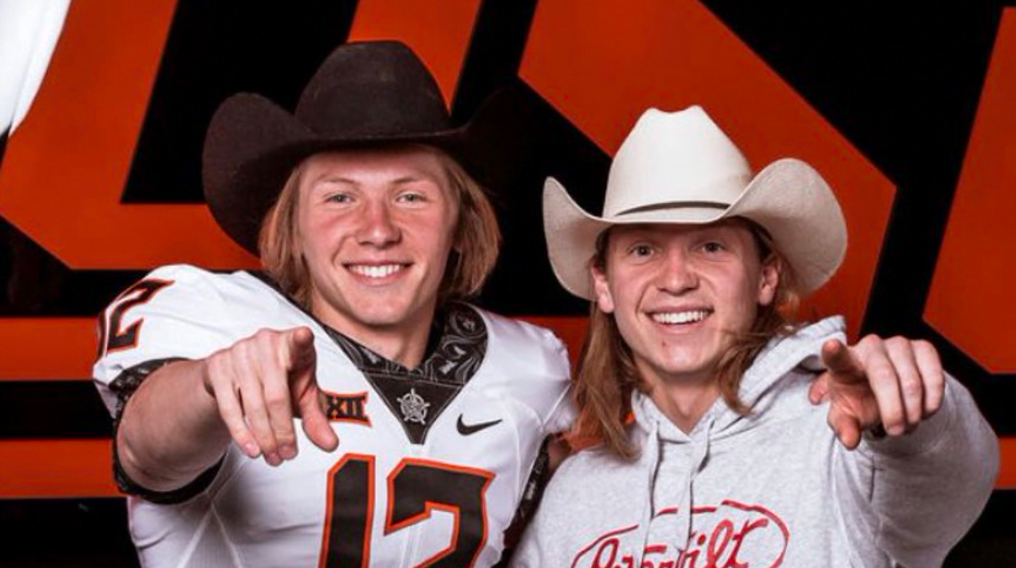 OSU quarterback commitment Zane Flores began his week at the 2022 Elite 11 Finals on Tuesday on a strong note. Playing alongside some of the top quarterback prospects in the 2023 class, Flores, a three-star talent from Nebraska, rated out as one of the Top 10 performers from day one, according to 247Sports.

The Cowboys do a really nice job of evaluating and developing quarterbacks and they found another gem in Flores. He’s a stock up guy right now and his game projects well to the next level. He was very productive as a junior and his 70% completion rate is about as good as you’ll see. He showed off that accuracy Tuesday and a live arm to go with it. He moves well in the pocket, gets the ball out quick and looks primed for a strong week.

Flores, as 247 noted, is a “stock up guy right now” — meaning that three-star rating likely won’t stick. He’s had a really strong few months after a big junior season. In addition to earning an elusive invite to the Elite 11 Finals, he also won MVP honors at a Rivals camp earlier this spring.

Beating out the top competition at the Elite 11 Finals isn’t expected for Flores — the camp has some of the best of the best at the position, including five-star Malachi Nelson — but being a Top 10 performer to open the week is something to be proud of. As the camp wraps in the next two days, he’ll have a chance to continue to showcase why the OSU staff was so early in offering him and why they appear to be very excited about his long-term prospects.

Flores’ rise, by the way, comes at a great time for OSU after losing a commitment earlier in the week from three-star defensive end Billy Walton, who on Tuesday officially pledged his allegiance to the Texas Longhorns. Flores committed to OSU less than two weeks before Walton, the culmination of a full-on pursuit by the Cowboys coaching staff after offering him in February.