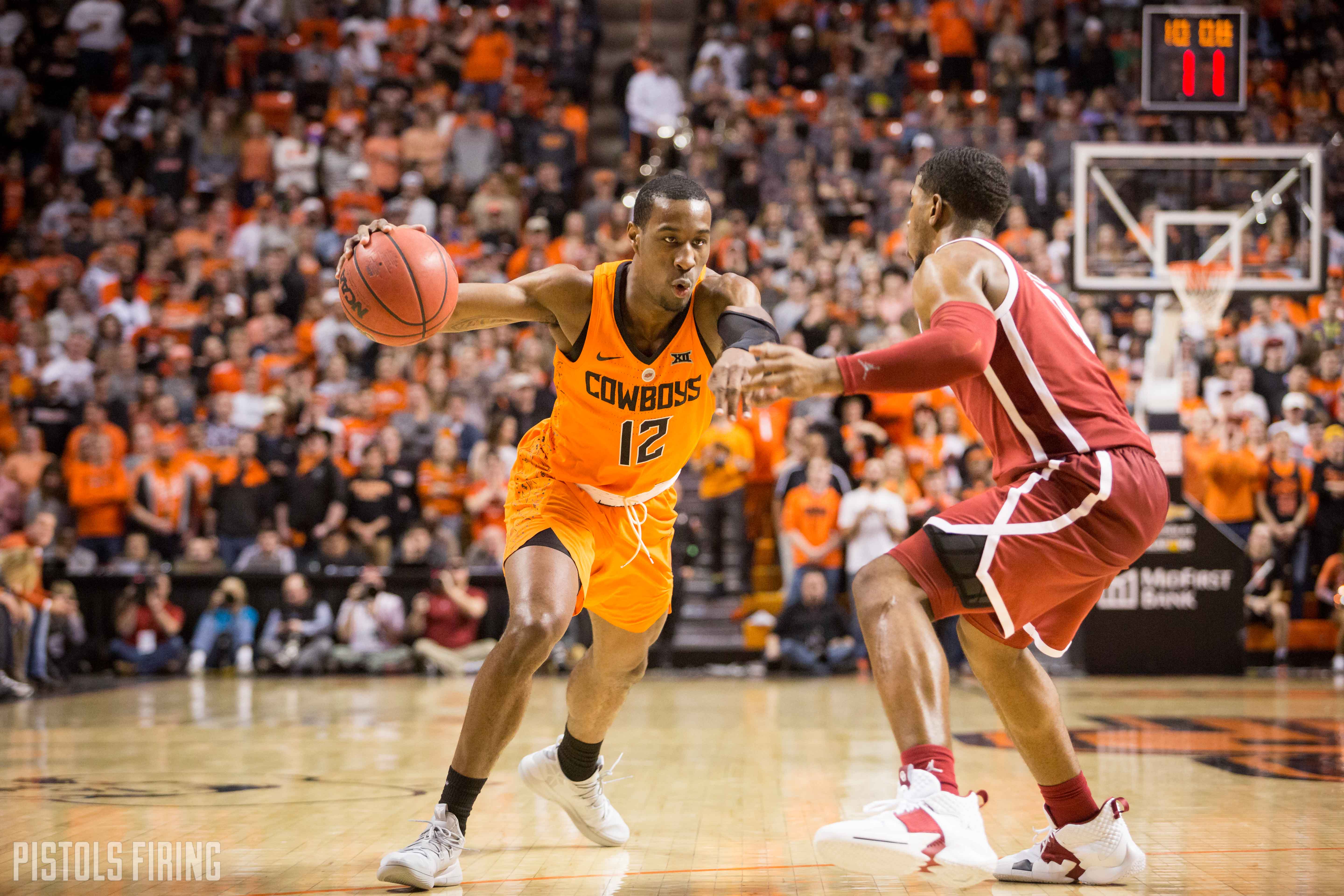 Mike Boynton’s second Bedlam game inside Gallagher-Iba Area didn’t go quite as well as his first.

One year and three days prior, his team evened the regular season rivalry score with an overtime win over the Sooners, in spite of 48 points from All-American Trae Young. Boynton slapped the court, GIA went wild and the first-year coach earned his first signature win — over the No. 4 team in the country.

On Wednesday night, the Cowboys appeared primed to replicate that success against their in-state foe, completely controlling the opening minutes of the game and building a 19-point lead midway through the first half. Every shot was falling — especially the deep ones — and some stingy defense boosted by Yor Anei’s rim protection, led the Sooners to settle for ill-advised 3s while Lindy Waters and Co. couldn’t miss.

But all good things for the Cowboys, it seems, must come to an end. Their red-hot shooting streak cooled significantly and Boynton watched his team’s lead dwindle in the waning moments of the first half. OU got as close as 3.

In the second half, it was more of the same. Oklahoma’s shots got better and its scoring was a team effort with four Sooners reaching double digits. Across the maple, the Cowboys’ offense stalled when that deep 3-point well ran dry.

“We took the right approach and were the aggressors,” said Boynton after the game. “We had to be the aggressors. We knew this was a game that meant a lot to both teams. but we couldn’t sustain it long enough to come out with a win tonight.

“…No doubt we are a 3-point shooting team predominantly right now and that’s where most of our offense comes from. But we got to find a way to get easier shots around the basket and get to the free-throw line.”

OSU settled for 3s when 3s weren’t falling and stagnated down the stretch and only 16 of its 61 points (26 percent) were scored in the paint. That led to multiple scoring droughts of more than three minutes, including going scoreless for the final 5:35 of the game while missing their last eight shots. They were up 61-60 at the start of that last dry spell.

But starting fast just to finish slow has been the Cowboys MO this season, even before the dismissal of three would-be rotation players last week. In seven Big 12 games (2-5), the Cowboys have run out of steam on the regular.

Here’s a look at shooting splits for each half in conference play.

The results paint a picture of a team either running on fumes or lacking effort. Maybe it’s been a bit of both, but with only seven players see the court, it’s not all that shocking for a team to lose it legs both on jump shots and on defense.

“At some point, we got to have somebody step up and take ownership on the court and really get us into something where we can get a great shot. Those turnovers and tough shots led directly to points for them.”

Unfortunately, there isn’t an easy fix for Boynton and his Cowboys. Even with the apparent addition of a student manager to the roster, there is likely no help coming in the form of bodies that can contribute on the court in a Big 12 game. The Pokes will have a chance to get right against Boynton’s alma mater South Carolina on Saturday.