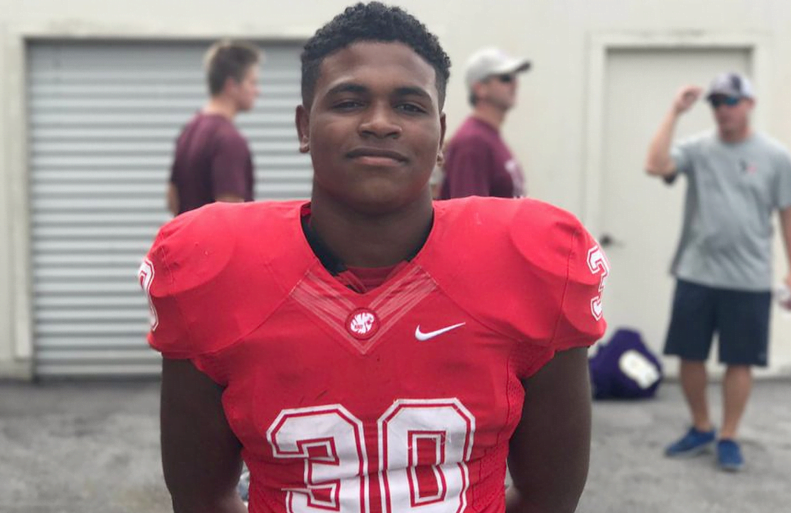 Four-star running back prospect Deondrick Glass will make his long-anticipated college commitment on Jan. 14, 2019 at the Blue-Gray All-American Game, which will air on ESPN.

That is new news, especially after it appeared he would commit and sign in the early period in mid-December.

Newer, perhaps more relevant news is this: Glass has a new-look top schools from which he’ll be picking between.

As expected, Oklahoma State and Alabama, considered his top 2, are on his list. But he has nixed Ohio State, previously a finalist, from consideration and added Texas, Michigan, Georgia and Miami to his final cut. According to his 247Sports profile, the 5-11, 200-pound back holds offers from all of the above.

I will be announcing my commitment on January 14th on ESPN!!! pic.twitter.com/i3zwRd1t8l

Glass named Alabama his leader and OSU his No. 2 after a recent official visit to Tuscaloosa, but his recruitment is far from over. He’s expected to take an official visit to Miami this upcoming weekend, according to Rivals.com, which could help sort out where his finalists stand.

The Jan. 14 commitment does make some sense for all parties involved, especially because Bama, his leader, likely doesn’t have a spot for him as things stand now. They already hold one commitment from a running back and, in less than two weeks, will likely add another in five-star Trey Sanders.

If Sanders does pick the Tide, Glass’s potential spot in Bama’s recruiting class may close. That development would seem to bode well especially for OSU and Miami, but also for all the other five schools on his final list.

Also coming soon that may impact his final decision: the imminent commitment of four-star, top-150 running back Noah Cain. Cain is considered to be a Texas lean, but also has Auburn, LSU, Georgia and others on his final list. If Cain spurns Texas, the Horns could turn their full attention towards Glass, the Katy, Texas, product, as their secondary plan.

There are a lot of moving pieces with the recruitment process of Glass, but one constant in it all remains OSU’s strong interest — which has not wavered. The Pokes took in a commitment over the weekend from Hutchinson Community College running back Dezmon Jackson, but still figure to be plenty interested in Glass until he gives the signal that he may be headed elsewhere.

So if you’re an OSU fan rooting for Glass to come to Stillwater, here’s two scenarios that likely need to happen: Trey Sanders needs to commit to Alabama, and Noah Cain needs to commit to Texas. If that happens, you can likely cross off two of the updated finalists from Glass’s list and consider it a four-program race between Michigan, OSU, Miami and Georgia.