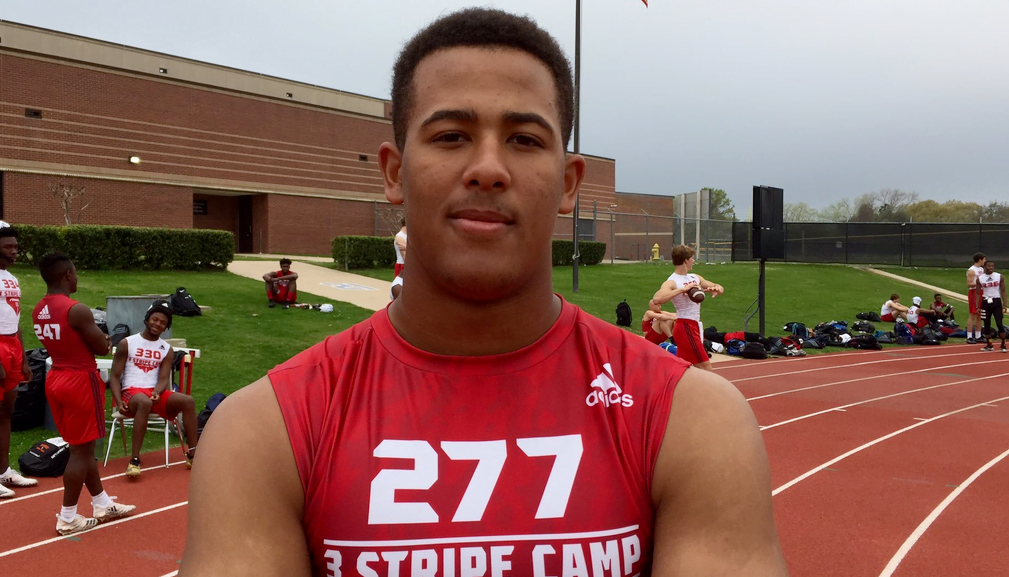 Oklahoma State added to its 2019 recruiting class late last week with a commitment from Edmond Sante Fe defensive end Trace Ford. I wanted to take a deeper dive into what his commitment means for the Cowboy defense.

Ford is a two-sport athlete, playing both football and baseball for the Edmond Sante Fe Wolves. He says his first and true love has always been baseball, but he’s really developed his love for football over the past year.

“I never started playing football until the seventh grade,” he told Rivals. I didn’t really take it serious. I just played around because my friends played it. I was a running back. It was fun, of course. I like sports, so no sport is boring to me. In the last year when I started getting playing time on varsity, that’s when I really started feeling a passion for it. That’s when I started really buying in to the process.”

Going into last season, Ford didn’t have a single scholarship offer and wasn’t really attracting much interest from big name programs. However, after he showed his skills in varsity competition, racking up 46 total tackles, he gained offers from schools such as Arizona State, Arkansas, Baylor, California, Florida State, Missouri, Oregon, SMU, Utah and Washington State to go along with his offer from the Pokes.

Ford said his decision to continue his playing career at Oklahoma State was driven primarily by the schools proximity to his home town of Edmond, his relationships with friends and family who have attended or will be attending OSU and Mike Gundy being a “cool” coach. Ford also noted his relationship with current Cowboy linebacker Calvin Bundage, another Edmond Sante Fe product, played a role in his decision.

Ford is the 16th commit of Oklahoma State’s 2019 recruiting class and is the second highest rated prospect behind four-star tight end Grayson Boomer. He’s one of the highest ranked defensive players in the state, ranking No. 6 according to 247Sports. The Cowboys now have commitments from three of the top 10 recruits in Oklahoma for 2019.

Ford’s rating is based off his incredibly quick first step and amazing overall speed coming off the edge. Ford will need to fill out his frame a little more when he gets to Stillwater. It’d be great to see him around the 240-250 pound range, which I don’t think will be a huge issue with how the Oklahoma State strength and conditioning staff has transformed players bodies in the Rob Glass era.

This is how the Cowboys roster currently looks in regards to defensive ends.

OSU will be losing two key contributors next season in Cole Walterscheid and Jarrell Owens, and it has two other defensive end commitments in the 2019 class along with Ford. There will be a definite opportunity for playing time for some young guys next year, so I would say there’s a possibility Ford gets a chance to make an impact early on in his OSU career.

As I mentioned in the section above, Ford’s combination of speed and athleticism give him the ability to become a Jordan Brailford-type player in Jim Knowles’ defensive scheme. Hopefully making plays like this for the Cowboys in the near future.

My player comp for Ford is former Florida Gator and current Jacksonville Jaguars’ defensive end Dante Fowler Jr. At 6-3, Fowler is the same height as Ford, but has close to 40 pounds on him weighing in at 261 pounds. However, I think Ford has the frame to put some more weight on and I could see him finishing his college career closer to Fowler’s weight.

I chose Fowler because of his speed and athleticism. He posted a blazing fast 4.6 forty time at the NFL combine and Florida lined him up all over the place during his tenure with the Gators.

Fowler also has great strength and uses his hands well, which are also qualities Ford has from looking through his film of last season. Fowler finished his junior season with 60 total tackles, 15 tackles for loss and 8.5 sacks. If Ford could contribute numbers like that for the Cowboys it would be huge, especially in the sack category. The Pokes’ sack leader last year was DeQuinton Osborne with 6.

Cowboy fans should be very excited about this pick up by the Oklahoma State coaching staff. Ford has a ton of potential with only one year of varsity football under his belt and I expect him to have an even more impressive senior season.

This was a “must have” recruit for Oklahoma State with him being an in-state product and showing interest in Oklahoma State early on. I think Ford has the ability to be a key piece in coach Knowles’ defense and he will fit in well in the Cowboys new aggressive scheme.